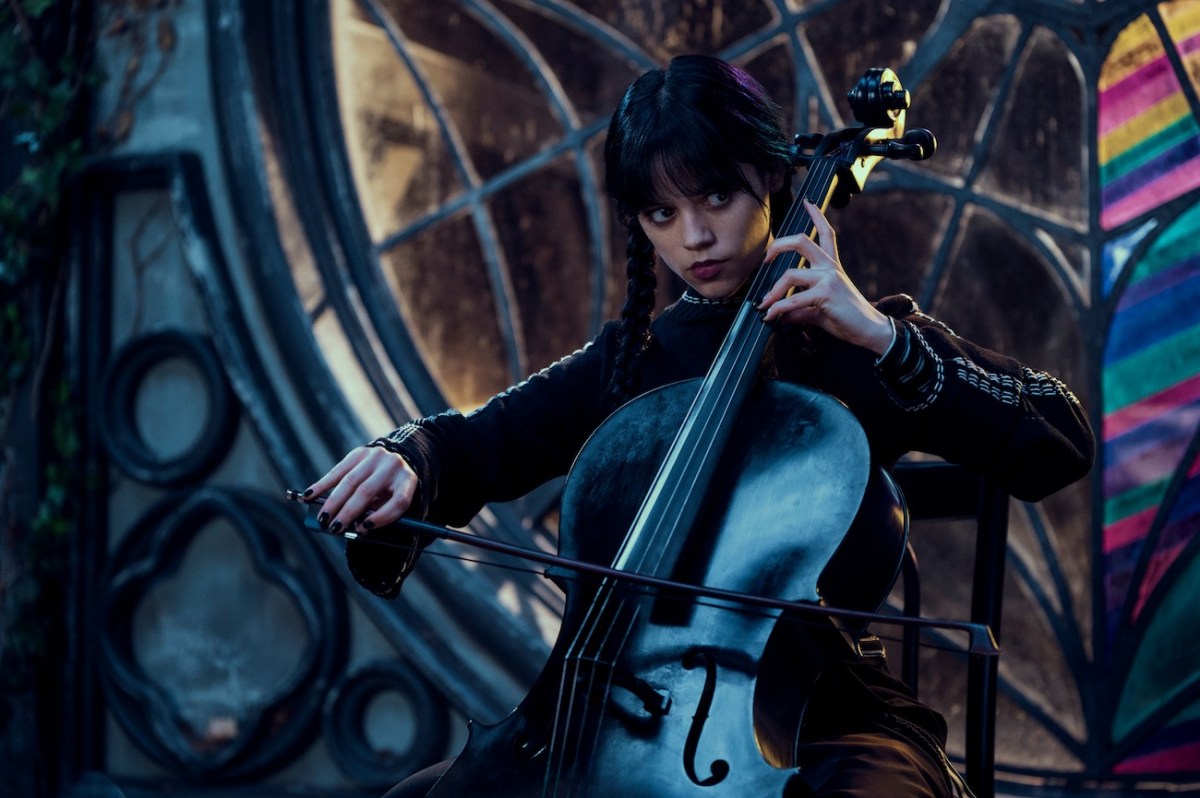 Wednesday Episode 1 begins with Wednesday Addams (Jenna Ortega) making the shift from regular public school to Nevermore Academy. The first episode of Tim Burton’s Netflix series ties in members of the Addams Family fans will know and love while introducing a new cast of characters who will play a major role in the mystery that becomes Wednesday’s first year at Nevermore.

[SPOILER ALERT: Spoilers regarding Wednesday Episode 1 “Wednesday’s Child is Full of Woe“ ahead.]

Out of the seven actors who have played the Addams Family daughter over the years, Ortega’s portrayal has the most personality. And that’s saying something considering Wednesday is essentially an emotionless child.

In the first episode of Wednesday, we learn about willingness to do anything to protect her family. Within the first three minutes of the Netflix series, there’s bloodshed. Wednesday gets expelled from her traditional high school and sent to Nevermore Academy, a boarding school for outcasts, freaks, and monsters.

Wednesday is more than just a freak, though. As episode 1 reveals, Wednesday is an aspiring novelist with three books in her portfolio about a teen detective named Viper De la Muerte. Like Wednesday, Viper has an estranged relationship with her mother Dominica.

Outside of being an aspiring novelist, Wednesday also has special powers —she can see the future through visions. In episode 1, that’s how she figures out who attacked Pugsley (Isaac Ordonez) and, later, how two violent deaths occur.

The Addams Family members appear in the first episode of ‘Wednesday’

After Lurch (George Burcea) pulls in to Nevermore Academy, Morticia and Wednesday share a painfully awkward goodbye. She’s left with a crystal ball and, unbeknownst to Wednesday for a portion of episode 1, Thing, the Addams Family mascot.

We also meet a new cast of characters in the first episode of Wednesday. There’s Wednesday’s over-the-top werewolf roommate, Enid Sinclair (Emma Myers), who hasn’t fully embodied her powers yet. Then there’s the “Queen Bee” of Nevermore, Bianca Barclay (Joy Sunday), who faces off in a fencing spar that Wednesday starts in defense of another classmate, Rowan (Calum Ross).

Later in Wednesday Episode 1, Wednesday gets reacquainted with Xavier Thorpe (Percy Hynes White), who saves her life before a gargoyle statue crushes her. It turns out they’ve known each other since childhood.

“It was my godmother’s funeral,” Xaiver tells Wednesday. “Apparently she was friends with your grandmother … we were 10 and we were bored; decided to play hide and seek. I had the inspired idea to hide in her casket.” Realizing it wasn’t his godmother trying to claw her way out, Wednesday saved Xavier’s life. “Now we’re even,” he coyly reminds …read more

A year ago, there was some debate about whether Serra should have been chosen over De La Salle or Folsom to represent Northern California in the Open Division state championship game. Sunday, there was no such chatter. What has been anticipated since Serra opened the season with victories on the road over Folsom and De […]

Get to know which plants play well with others

Plants depend on multiple interactions with the environment and each other to survive. Companion planting as a gardening technique has been practiced for generations based on discoveries about how bringing two or more plant species together can provide mutual advantages and enhance growth and production. The classic example is the Native American “three sisters” plantings […]