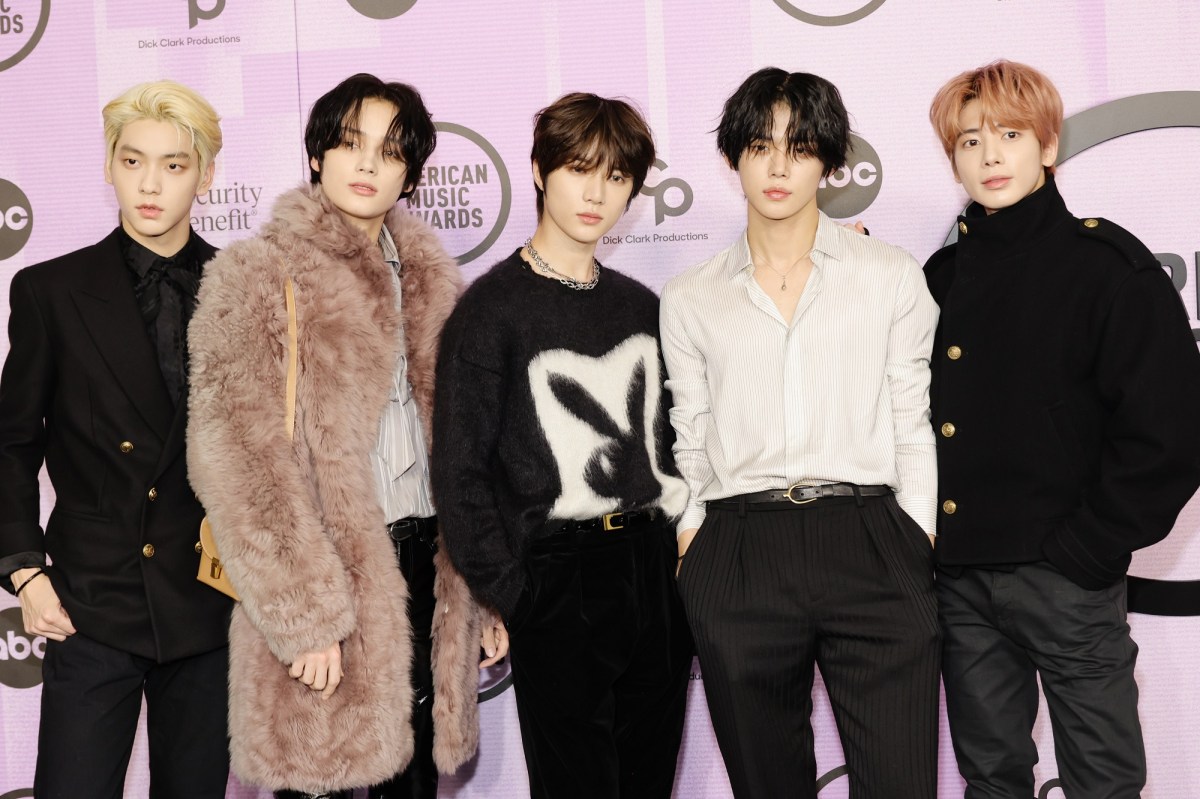 Fans can watch a preview of TXT’s EP ‘The Name Chapter: TEMPTATION’

On Jan. 23, a preview of all of the songs from The Name Chapter: TEMPTATION was uploaded onto the HYBE Labels YouTube channel. The video is just under two minutes long.

TXT’s EP preview opens with a preview of “Devil by the Window.” The wind blows through a window as the members of TXT each wear form-fitting light-colored shirts. As the scenes play out, a brief snippet of the pop track can be heard.

“Happy Fools (feat. Coi Leray)” is the third track shown in the preview, and catchy and repetitive lyrics can be heard. “Tinnitus (Wanna be a rock)” is the fourth track previewed, and Soobin, Yeonjun, Beomgyu, Taehyun, and Huening Kai wear white outfits while moving through a decorated room.

The last song previewed is the EP’s lead single “Sugar Rush Ride.” A brief portion of the pop track plays while the members of TXT walk through nature.

The preview for The Name Chapter: TEMPTATION can be viewed below.

What to know about the songs on ‘The Name Chapter: TEMPTATION’

TXT revealed the tracklist for The Name Chapter: TEMPTATION on Jan. 20. The upcoming mini-album has five tracks.

According to a press release about the EP, “The Name Chapter: TEMPTATION depicts youth on the brink of adulthood” and is “a conceptual album which tells a cohesive story through its individual tracks.”

The press release also reveals that “‘Sugar Rush Ride’ tells the story of a boy who falls to the sweet temptations of a devil. The temptations of the devil are compared to a ‘sugar rush’ which sweeps in sweet but is ephemeral in nature.”

As with some of their past albums, Soobin, Yeonjun, Beomgyu, Taehyun, and Huening Kai were part of the album-making process for The Name Chapter: TEMPTATION.

On the song “Happy Fools (feat. Coi Leray),” the press release reports that Yeonjun is the “topliner, while the other five members have made contributions as lyricists taking inspiration from their personal experiences.”

Yeonjun and Taehyun both have credits on the song “Tinnitus (Wanna be a rock)” and Yeonjun is also credited on “Farewell, Neverland.”

The members of TXT will go on tour

Following the release of The Name Chapter: TEMPTATION, the members of TXT will launch their second world …read more

By Hannah Sarisohn and Andi Babineau | CNN An Oregon woman faces charges after allegedly helping a kidnapping suspect destroy and hide evidence last week while he was evading police, according to an affidavit obtained by CNN. Benjamin Foster, 36, was accused of kidnapping and torturing a woman in Oregon January 24. He died from […]

Before and after: Lake Oroville, California’s second-largest reservoir, has risen 182 feet

One of the best places to see how dramatically big storms this winter have changed California’s water picture is three hours north of the Bay Area, in the foothills east of Sacramento Valley. There, Lake Oroville, the second-largest reservoir in California and a key component of the state’s water system, has undergone a breathtaking transformation. […]

It was what it hadn’t been between these teams for a while: Miami Heat vs. New York Knicks with meaning. With the Heat entering with a two-game lead over the Knicks for the sixth and final automatic playoff spot in the Eastern Conference, it might not exactly have rekindled memories of Jeff Van Gundy hanging […]