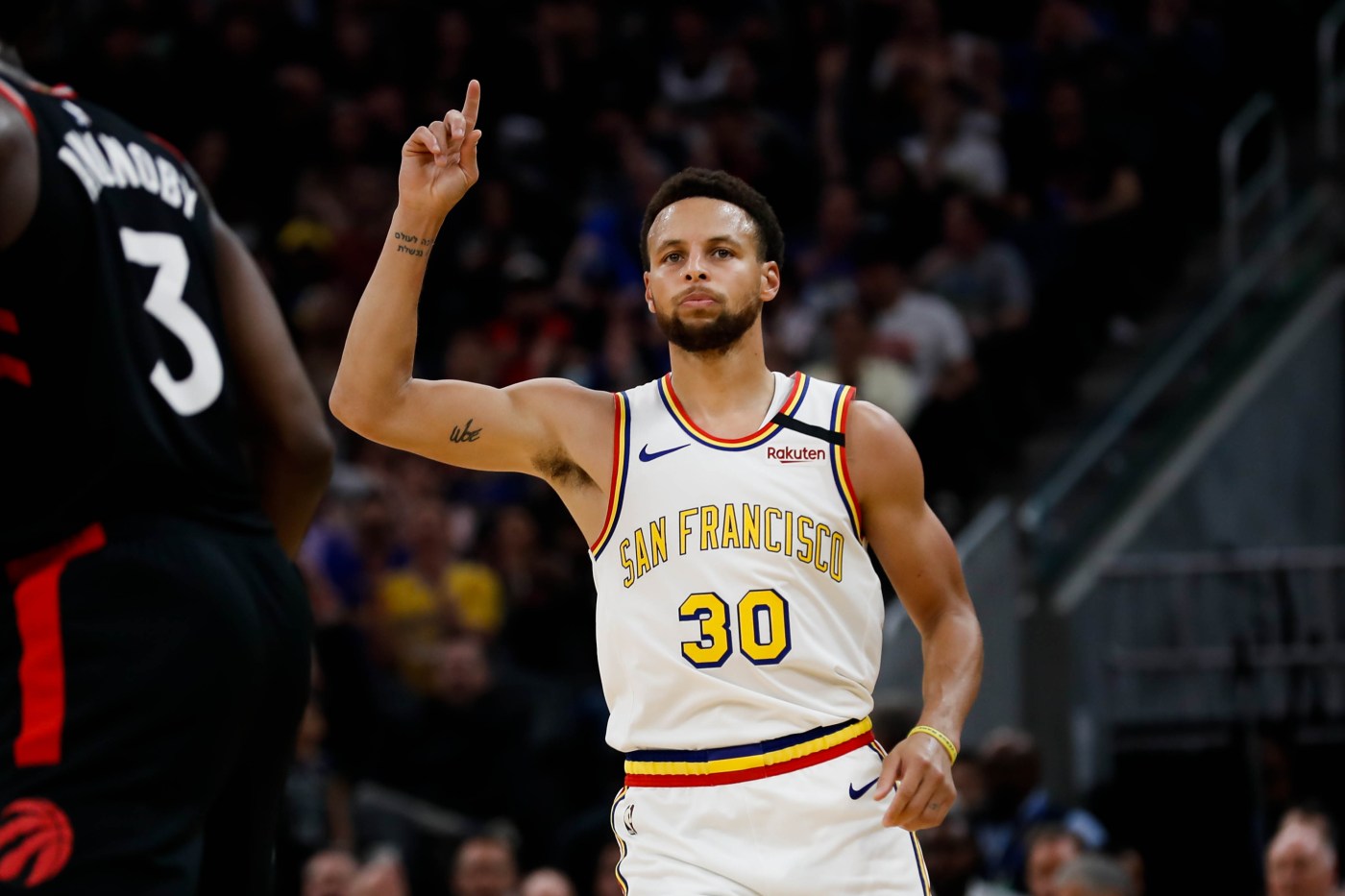 With less than four weeks until the presidential election, Warriors star Steph Curry teamed up with Joe Biden to deliver a message to youth in Charlotte, North Carolina: Register, and go vote.

In a video posted to Biden’s Instagram page, the 2020 presidential candidate visited a gym in Charlotte along with Thunder point guard Chris Paul who, like Curry, was born in North Carolina.

After entering to a smattering of cheers from socially-distanced children sitting in the gym’s bleachers, Biden and Paul FaceTimed with Curry, drumming up more excitement.

Paul then encouraged the children, despite not yet being old enough to vote, to talk to their parents and friends about the importance of voting between now and Nov. 3’s general election.

Basketball isn’t the only thing that Chris Paul and Steph Curry dominate. They’re also kings of voter registration. The National Basketball Players Association announced more than 90% of the league is registered to vote. Now Chris Paul, Steph Curry and I are teaming up to make sure Americans’ voices are heard this election.

Voting has become a hot-button topic among the league’s players. During the playoffs in the Disney World bubble, prominent players such as LeBron James and coaches such as Doc Rivers have discussed the importance of voting.

The NBA Players’ Association recently announced more than 90% of the league is registered to vote.

Every Warriors player, including Curry, is registered to vote, according to the team.

Killed by falling log: Teens sentenced for death of photographer in park

Two Ohio teens were sentenced Friday for the death of a photographer, who was killed by a log the boys pushed off a ledge at a popular hiking area. Victoria Schafer (Courtesy of Schafer family)  The two made a deal in which they pleaded guilty to involuntary manslaughter and will serve three years in juvenile […]

CELEBRITIES BORN ON THIS DAY: Brandon Routh, 41; Scott Bakula, 66; Tony Shalhoub, 67; Sharon Osbourne, 68. Tony Shalhoub (Photo by Jemal Countess/Getty Images for Tony Awards Productions)  Happy Birthday: Tell it like it is. Don’t mince words or sidestep around issues you need to address. Clearing the air is the way to new beginnings. […]

BAKERSFIELD — A leg that washed ashore at a California lake was matched to the body of a missing woman found on a different day, authorities said. The Kern County Sheriff’s Office said 64-year-old Shirley Mae Cassel was reported missing from Santa Ana in 2017, KGET-TV reports. Related Articles Barefoot hiker who went missing is […]