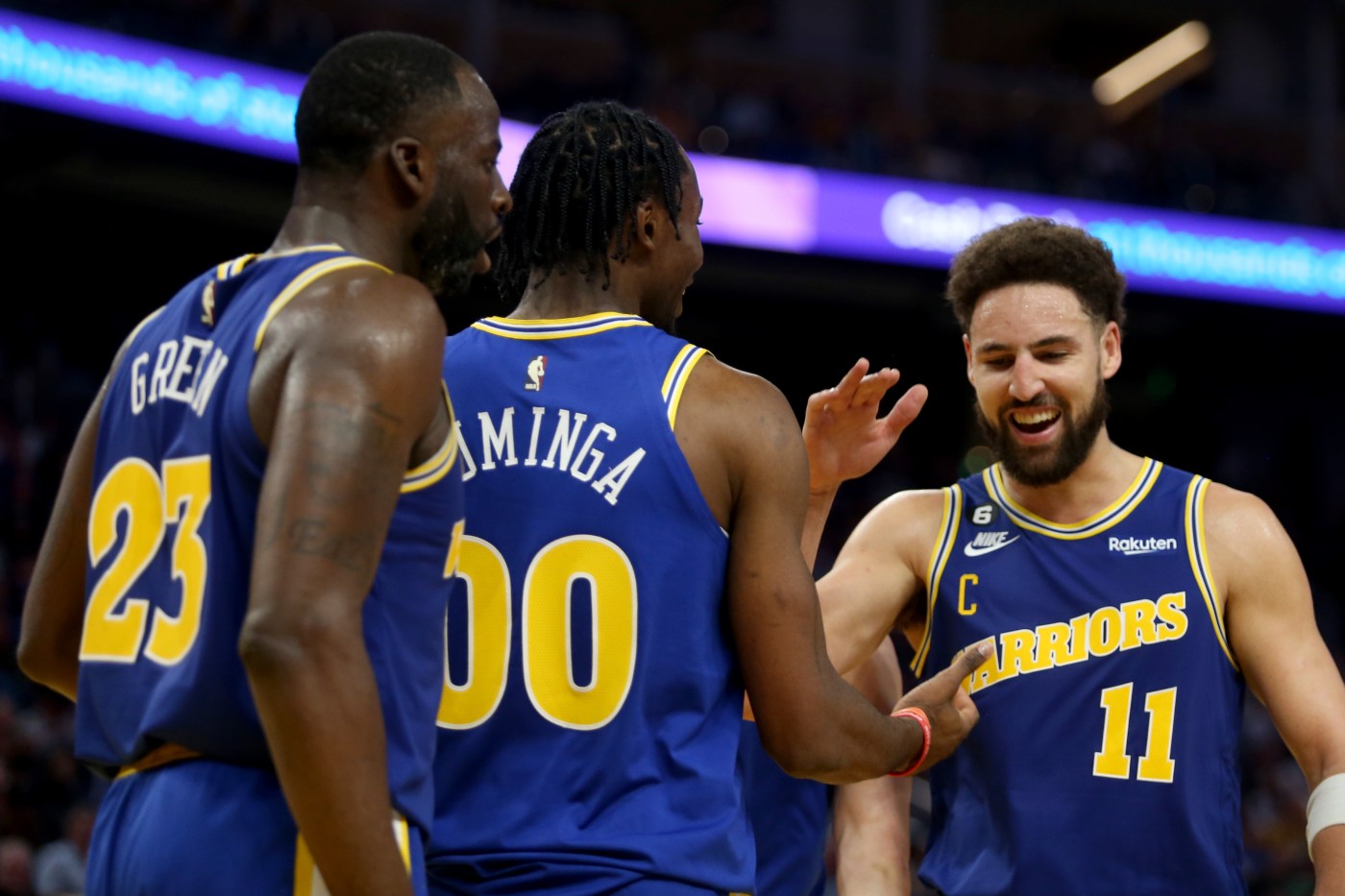 CLEVELAND — The Warriors won’t be at full strength Friday night in Cleveland as they finish off their five-city trip through the Eastern Conference.

Starters Steph Curry, Klay Thompson, Andrew Wiggins and Draymond Green are all out for the game against the Cavaliers, according to the NBA’s injury report updated at 10:30 a.m. PT. The quartet had played heavy minutes Thursday night in their 121-118 overtime loss to the Boston Celtics.

Curry is officially listed out with left hip tightness; Green has right big toe soreness; and Wiggins is dealing with right foot soreness. Meanwhile, Thompson has yet to play in both ends of back-to-backs since coming back from two major injuries last season. The goal is for him to play in consecutive nights at some point this season, but the Warriors have pumped the brakes on having that happen on this trip after soreness flared up in his surgically repaired knee sidelined him for a game earlier this month.

Meanwhile, Jonathan Kuminga and JaMychal Green have been upgraded to probable.

Coach Steve Kerr previously said there was a “good chance” Kuminga and Green would play in the finale of this road trip.

Kuminga has missed the last eight games since spraining his right foot in the Warriors’ Dec. 30 win over the Portland Trail Blazers. And Green hasn’t played since entering the league’s health and safety protocols before Christmas. A subsequent infection in his right leg requiring him to be briefly hospitalized has resulted in Green missing 14 consecutive games.

Kuminga and Green had rejoined the team in practice over the last week, scrimmaged Wednesday and went through another challenging workout before Thursday’s game in Boston.

By ASHRAF KHALIL and CALVIN WOODWARD (Associated Press) WASHINGTON (AP) — A half century after Roe v. Wade, March for Life supporters on Friday celebrated the Supreme Court’s dismantling of that constitutional right to abortion and heralded the political struggle set loose by the court’s decision. President Joe Biden pledged to do all in his […]

‘The Young and the Restless’ Spoilers for Jan 30 – Feb 3: Sally’s Pregnancy Confession