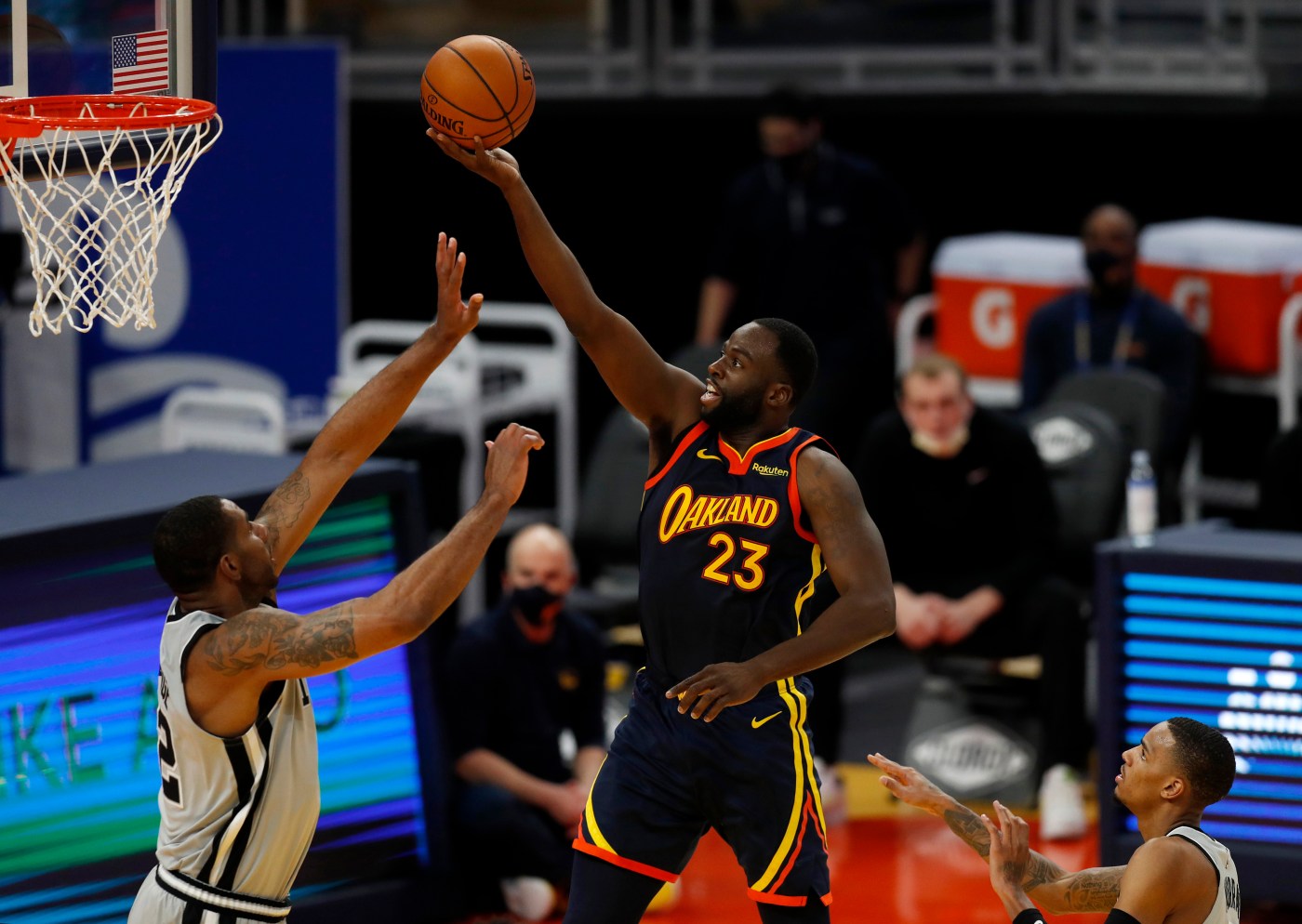 As always, thanks to everyone who submitted questions for this week’s mailbag. You can submit questions for future mailbags here or on Twitter.

Draymond’s regression on offense has become really glaring this year. What can the Warriors do to try and work around it or maybe fix it? — @DubsPainTour.

Thoughts on Draymond’s offensive decline? Seems like he lost a bounce. — @pjL214714.

A lot has been made — including in this space — about Green’s unwillingness to score. And while that’s certainly an issue, more glaring is the fact that his shooting clips (22.4% on 3-pointers and 43% on 2-pointers) are the lowest they’ve been since his rookie season. Despite Green being an inconsistent 3-point shooter throughout his career, he’d always been an efficient finisher and has hovered around 70% at the rim. This season, however, he’s making only 57.1% of his shots within three feet of the basket — a career low. He’s also on pace to finish with his fewest number of dunks in a season since becoming a starter. These numbers indicate that Green isn’t as athletic as he once was. (And, despite claims that Green is back in playing shape, those percentages haven’t been better over the last few games. In fact, they’ve been worse.) But this should be expected. Green will turn 31 next month and was never an elite athlete to begin with. His game is predicated on anticipation, pin-point passes and effort. Still, as Green gets to the rim less, he needs to keep defenses honest by taking wide-open shots. The biggest thing the Warriors can do to help is to surround him with elite scorers. Steph Curry is obviously one, Klay Thompson will return next season, Andrew Wiggins is settling into his role nicely and rookie James Wiseman could emerge as an ideal lob threat. Green can still be the glue that holds an elite team together.

Would the Warriors consider trading Draymond at any point? Would there be any interest in him from other teams? — @dubsfan15.

The Warriors aren’t there yet. Despite his waning athleticism and at-times frustrating offensive game, he still has a tremendous impact on the court. The way he captains the defense and his offensive chemistry with Curry is irreplaceable, and Golden State is 10.3 points better per …read more

By Matthew Lee | Associated Press WASHINGTON — The Biden administration stepped up its condemnation of the coup in Myanmar on Thursday, demanding that military authorities stop their brutal crackdown on pro-democracy protesters and release demonstrators and journalists who have been detained. The White House called the situation, including the arrest of an Associated Press […]

Campbell community briefs for the week of Feb. 26

Ellenberg judges youth art Santa Clara County Supervisor Susan Ellenberg, whose district includes Campbell, was among the judges of the “To Be Honest” art contest sponsored by Momentum for Health. Kalen Gallagher, president of the Campbell Union High School District board of trustees, also helped choose the winners from among 111 submissions by Santa Clara […]

An underutilized property owned by San Jose’s Cambrian School District will soon be transformed into a site for 35 new start-of-the-art homes. The San Jose City Council voted 9-2 Tuesday night to rezone a 2.7-acre vacant property at 1975 Cambrianna Drive to residential, paving the way for the construction of 35 new homes. The site, […]