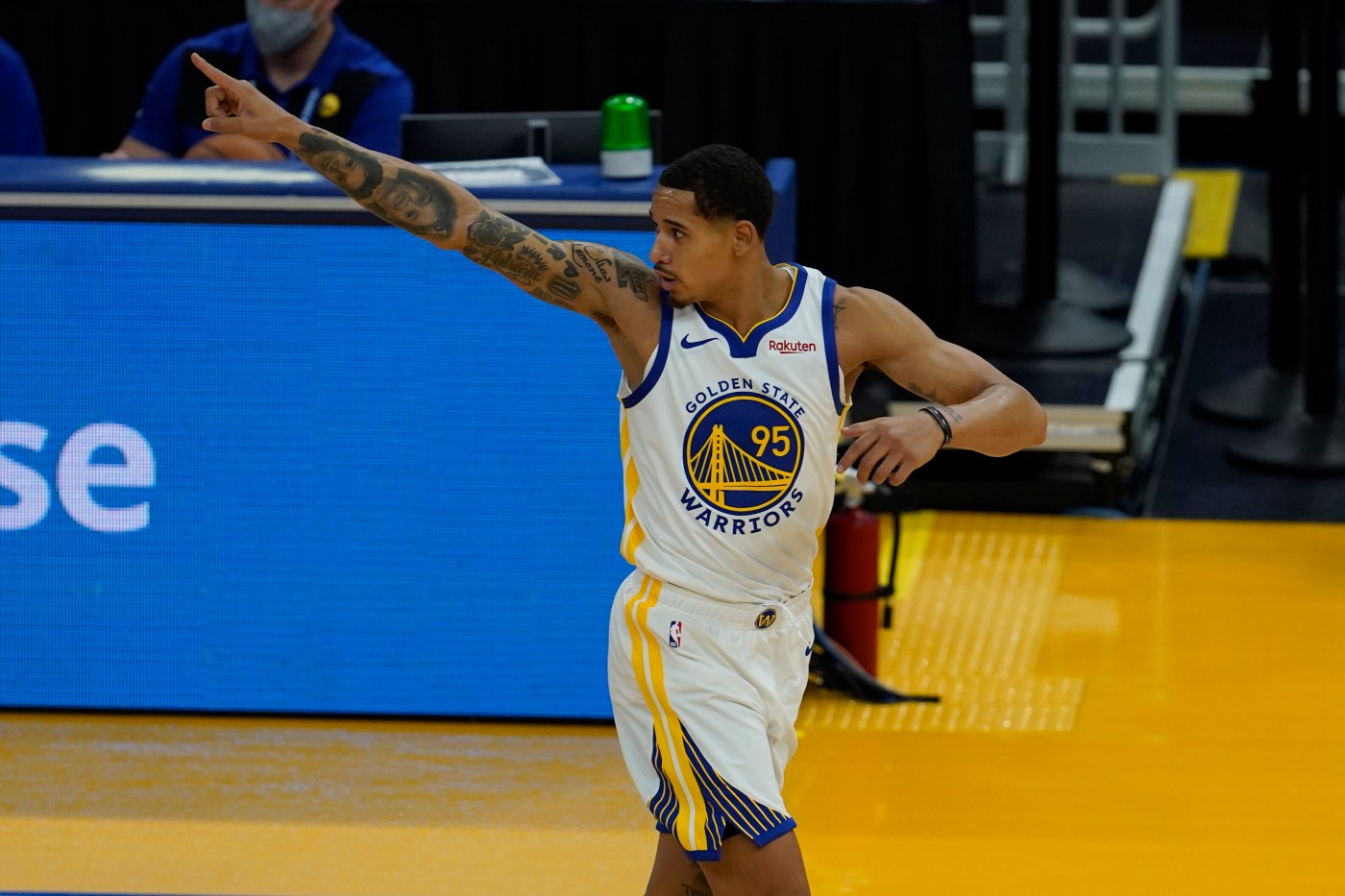 Toscano-Anderson is one of five finalists for the new annual honor that recognizes a current NBA player for pursuing social justice. The award is named after Abdul-Jabbar, the hall-of-famer who has been outspoken about matters of equality. The winner of this year’s award will be named prior to Game 4 of the Eastern Conference Finals on TNT later this month.

Toscano-Anderson, the Oakland native whose parents are Black and Mexican American, has been an advocate for social justice and equality in the Bay Area.

His Journey to Achieve Foundation focuses on empowerment for Latino and Black families in the Bay Area, Santa Cruz and Mexico. During the height of the Black Lives Matter movement last summer, he organized a walk through the streets of downtown Oakland to protest oppression, police brutality and social injustice.

Warriors report card: Where does Eric Paschall fit in?

Kurtenbach: What are the Warriors missing? It’s obvious in the NBA playoffs

Over the past year, Toscano-Anderson has led discussions with sixth-grade students in San Francisco and more than 3,000 African youth and took part in a Q&A with Latinx professionals.

In continued efforts to support the Latinx community, he addressed more than 2,000 people at the Día De Los Muertos Film Festival in Watsonville and purchased equipment and materials for Fundacion Unidos Por Chavinda in his family’s hometown that provides medicine and food for senior citizens and supports development and life skills for children.

The winner of the league’s social justice award will win $100,000 to a charity of his choice, while the other four finalists will each select an organization to receive a $25,000 contribution. Toscano-Anderson has selected Homies Empowerment, a community development organization based out of Oakland, as the recipient of his donation.

An attorney who practiced law out of Ontario was taken into federal custody after being charged with producing child pornography. Sagi Schwartzberg, 38, of Fontana allegedly paid an underaged girl to send him sexually explicit images, along with being in possession of various other child pornography material, the U.S. Department of Justice said. Schwartzberg was taken […]

Some say that Harry and Meghan made a sensible move for any modern parent in the digital age: They purchased several domains in the name of their daughter, Lilibet Diana, before her June birth. The move by the Duke and Duchess of Sussex, however, has sparked a new round in the rather nasty and potentially […]