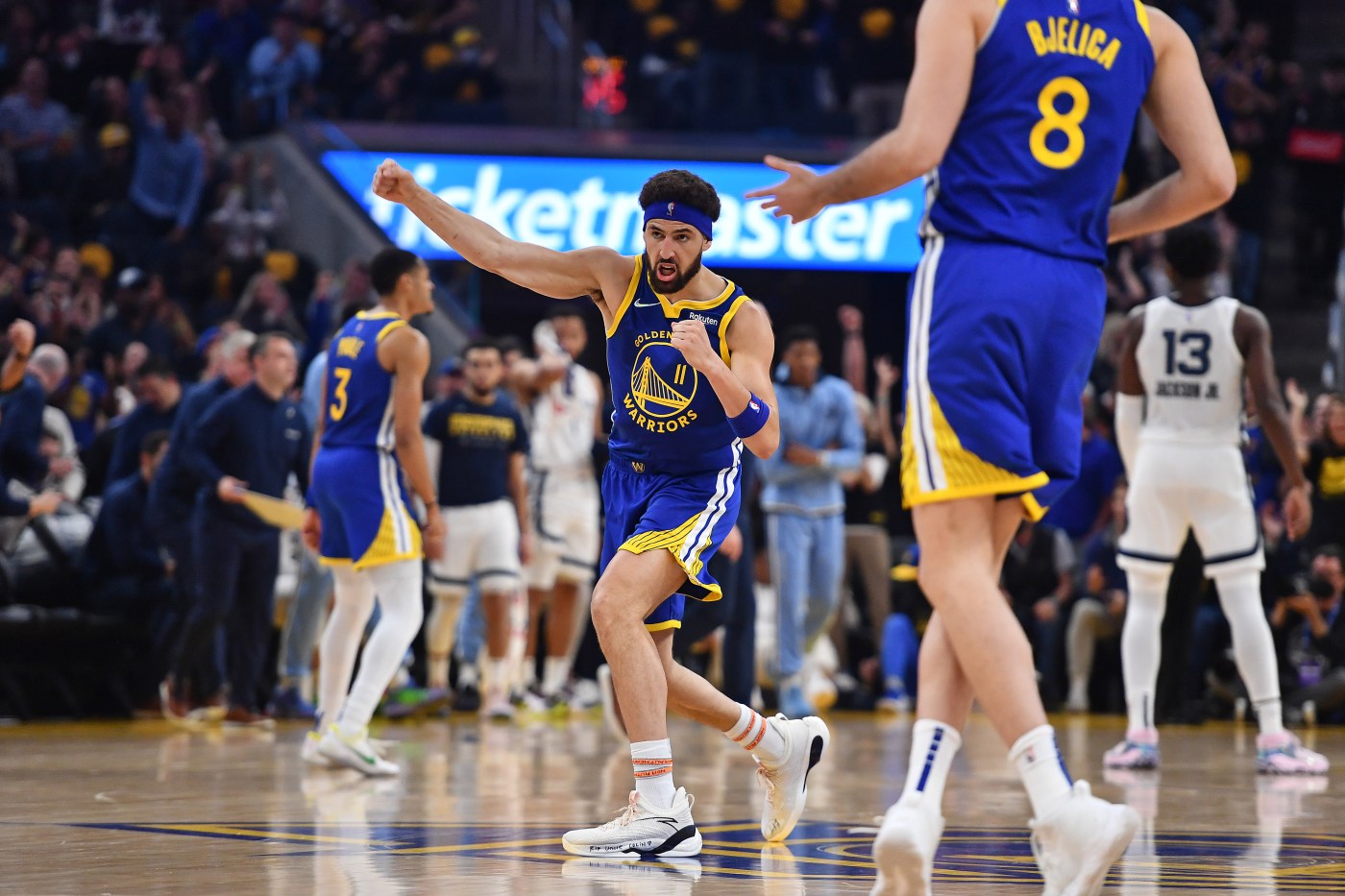 Sometimes in sports, all it takes is one game for a nickname to stick.

And when it comes to the Warriors, there are only three words — two words and a number, really — you need to identify one of their all-time greats:

The Warriors and basketball fans got the return of Game 6 Klay on Friday night, and Thompson’s 12th career Game 6 had a start to meet his well-earned nickname. The sharpshooter scored 17 in the first half, draining 5-of-7 shots from 3-point range to lead the Warriors to a 53-51 halftime lead. He even picked up a technical foul, too.

But did you know that entering Friday night, Game 6 was not even the game in a playoff series in which Thompson averaged the most points per game?

He even had one of his biggest playoff clunkers ever in a Game 6, when he only scored five points and fouled out in just 25 minutes of play in the 2015 NBA Finals in Cleveland. The Warriors won the series and the title that night, though, a moment that has remained a meme ever since.

But Game 6 Klay as a capital-t Thing was born in his next Game 6 in Oklahoma City, during the 2016 Western Conference Finals. Thompson put up playoff career highs with 41 points and 11 3-pointers to help save the Warriors’ season.

From there, he’s been stellar (with one exception) in the sixth game of each series. He scored 25 in the Game 6 loss to the Cavaliers in the 2016 Finals, then scored 35 points against Houston in the 2018 Western Conference Finals to force a Game 7.

Warriors feel Steve Kerr’s absence on the sideline vs. Grizzlies

Warriors to ‘wait and see’ if Otto Porter …read more

Kristen Chenoweth Reveals Her Shocking Connection to the Girl Scout Murders: ‘It Haunts Me Every Day’

It’s been almost 45 years since the Oklahoma girl scout murders, but new details continue to emerge about what happened. Now, an upcoming four-part docuseries is coming to Hulu soon that will reveal even more shocking details. One new piece of information is shared in a trailer for the Hulu docuseries that features Kristen Chenoweth […]

Caitlin Feige and Kevin Feige | Marc Flores/Getty Images for Disney In 2019, it was announced that Feige would be producing a Star Wars movie for Lucasfilm and Disney. According to Since the Skywalker saga ended with Star Wars: Episode IX: The Rise of Skywalker, Disney has been trying to figure out what to do […]