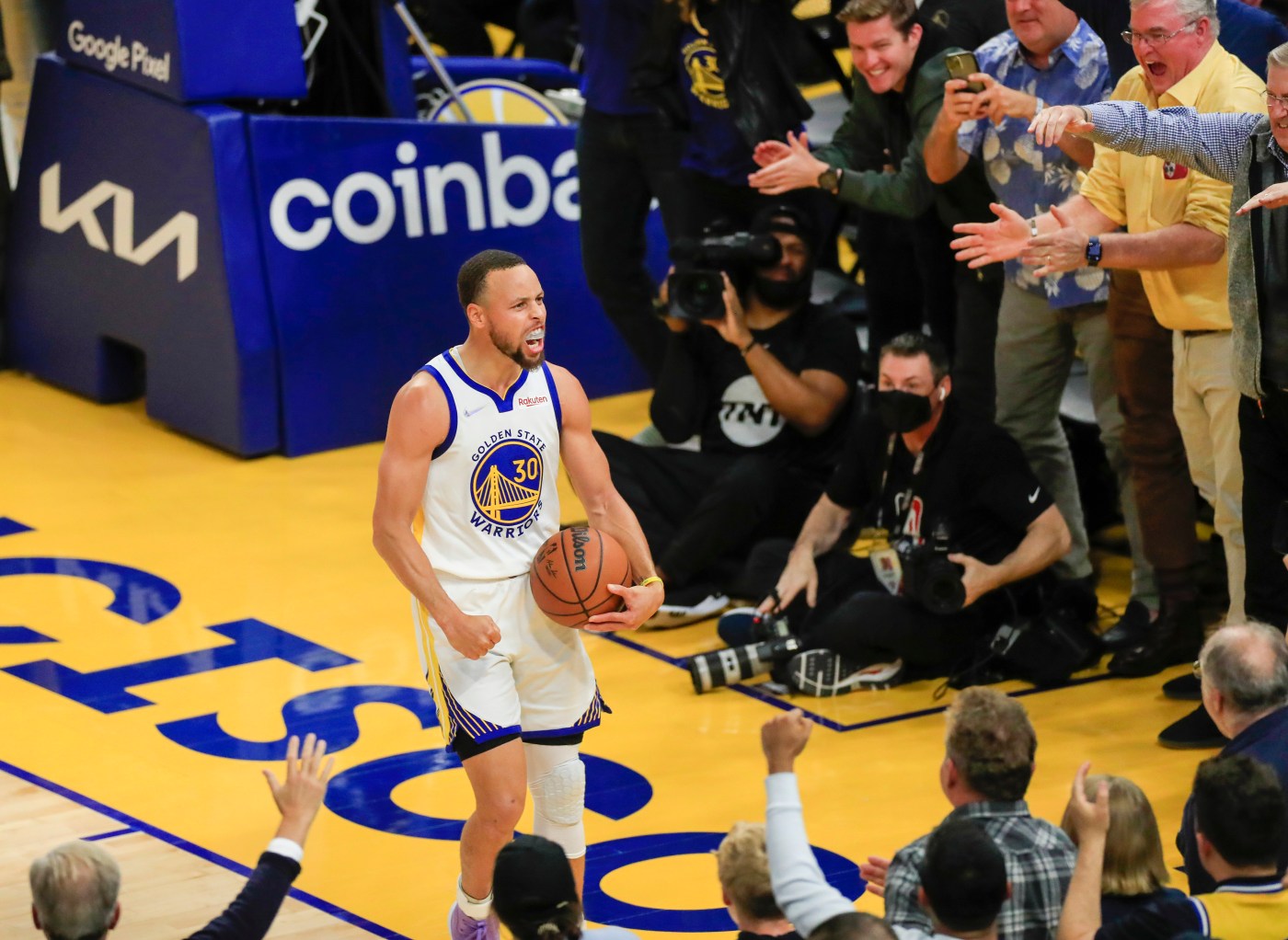 It certainly was not the most aesthetically pleasing night of basketball, but the Warriors’ win on Monday night set them up to finish off the Grizzlies in Game 5 on Wednesday night.

Golden State struggled on the offensive end for most of Game 4, one game after nearly setting new franchise records in Game 3, and needed a Steph Curry fourth quarter explosion to save the night for them. Curry gave them that, scoring 18 of his 32 points in the final frame to lift the Warriors to the 101-98 win.

They did that without their head coach, though, as Steve Kerr entered the league’s health and safety protocols about two hours before the start of Game 4. Kerr remained back in San Francisco when the team flew to Memphis and he’s expected to miss the game (and possibly more games beyond, depending on Wednesday’s result).

How Jordan Poole and Jaren Jackson Jr.’s friendship prepared them for the playoff lights

Steve Kerr, out with Covid, did not travel with Warriors to Memphis

Kerr’s absence meant Mike Brown — the newly-appointed head coach of the Sacramento Kings — is acting as head coach, and the Warriors are 12-0 in playoff games where Brown has stepped in to the head chair. Golden State will also still be without Andre Iguodala and Gary Payton II, too.

But the biggest absence in the series remains Grizzlies superstar Ja Morant, who is out for Game 5 with a bone bruise in his left knee and is considered doubtful to return to the playoffs at all. While Grizzlies coach Taylor Jenkins initially said that a play with Jordan Poole “triggered” the injury, the severity of the injury and lack of severity of Poole’s play may only increase animosity in this game.

By ACACIA CORONADO and JIM VERTUNO UVALDE, Texas (AP) — The 18-year-old gunman who slaughtered 19 children and two teachers at a Texas elementary school barricaded himself inside a single classroom and “began shooting anyone that was in his way,” authorities said Wednesday in detailing the latest mass killing to rock the U.S. Law enforcement […]

‘The Blacklist’ Season 9: Why Is Episode 19 Dedicated to Kurt Perez?