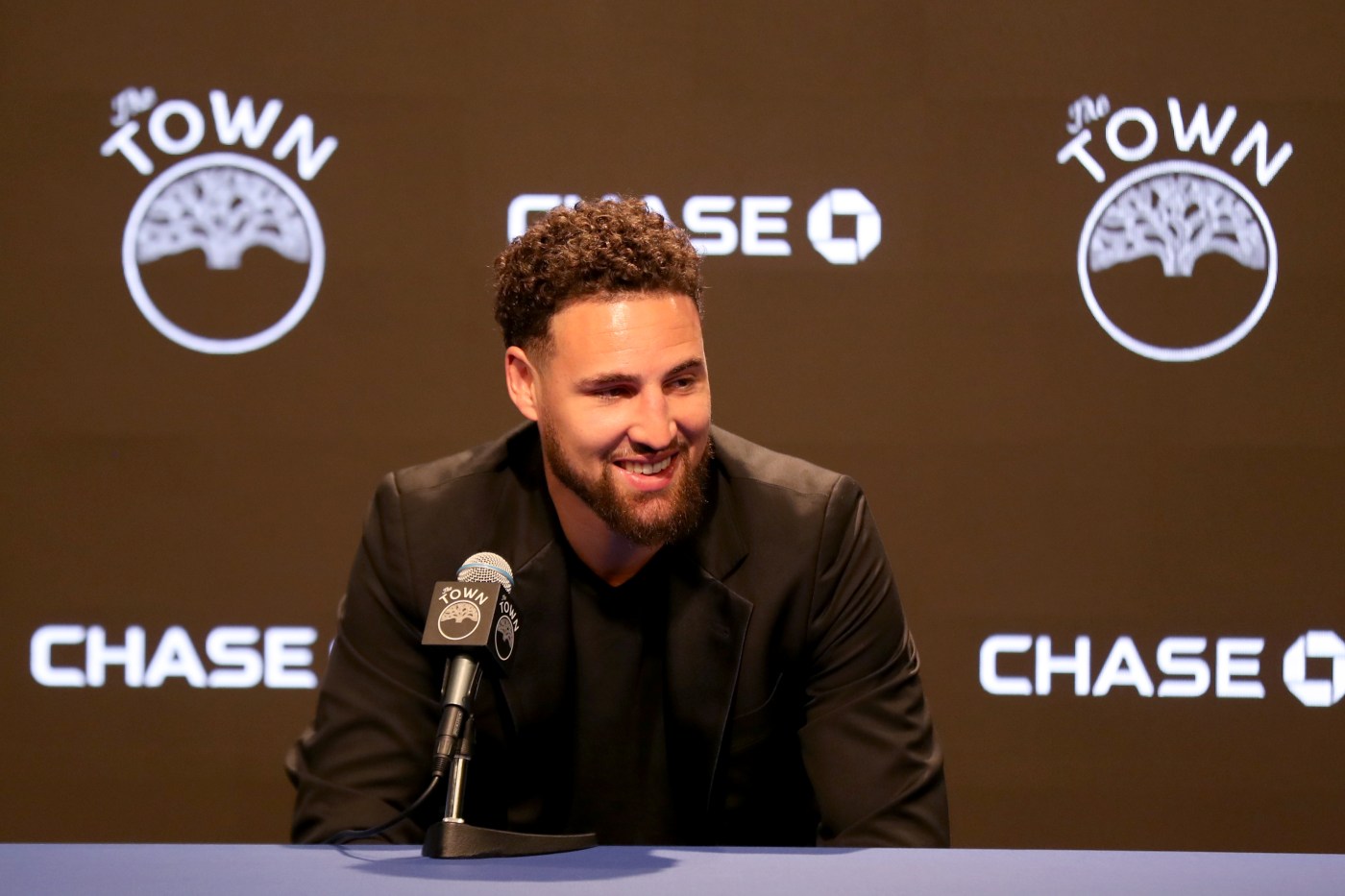 “The final piece to his puzzle is live NBA action, where (you have) that kind of speed, and you can’t you can’t replicate that speed even in camp. You need to experience that,” Myers told 95.7 The Game on Wednesday morning.

“That’s nothing against him or us, you just can’t do that right now. You’re going to need to do that in training camp and the preseason if there is one, or right into the season.”

The Warriors’ minicamp marked the first time Thompson had practiced with the team since he tore his left ACL in Game 6 of the 2019 NBA Finals.

“That’s the part that he just needs to get over, but he will, and we’re confident that he can,” Myers said of Thompson. “It’s just we haven’t been able to provide that. That’s not available anywhere — NBA type speed, NBA-type quickness, NBA defensive schemes and all those things that he hasn’t seen in over a year, are the final missing piece. But he’ll get there.”

The NBA still has not set a target date for when it could begin the 2020-2021 regular season. Teams can begin to conduct in-person interviews with draft prospects on Oct. 16, with the NBA Draft on Nov. 18. But there are no set dates yet for the start of free agency, or when training camp might begin.

Warriors have top-five odds to win 2021 NBA title, but Lakers are favorites

“He’s a warrior in the true sense of the word, and I’m looking forward to watching him again, too,” Myers said. “For our fans, or any fans of basketball, he’s one of the best players, obviously one of the best shooters ever. But the way he defends too and we’re lucky …read more

Bay Area technology giants HP and Hewlett Packard Enterprise will together pay $1.45 million after the U.S. Department of Labor accused them of “systemic pay discrimination” affecting female employees. The money will cover back pay for 391 women in California and three other states, plus interest, the Labor Department said Monday in a news release. […]

SANTA CLARA — Jimmy Garoppolo became a heartthrob to 49ers fans the instant he arrived on the franchise’s doorstep in a 2017 Halloween trade. What hooked him on the 49ers? It wasn’t necessarily Kyle Shanahan’s offensive mind. It wasn’t just the financial windfall he soon would land. It wasn’t even the California sunshine, although he […]

Long story short, here are my NFL picks for Week 6, with the Raiders among those with byes before any possible COVID-19 rescheduling: Rams 33, 49ers 26: First time since 2018 I’ve picked against the 49ers. ‘Bout time I give them bulletin-board material. Do they still make bulletin boards? Line: Rams -3 1/2 Titans 30, […]