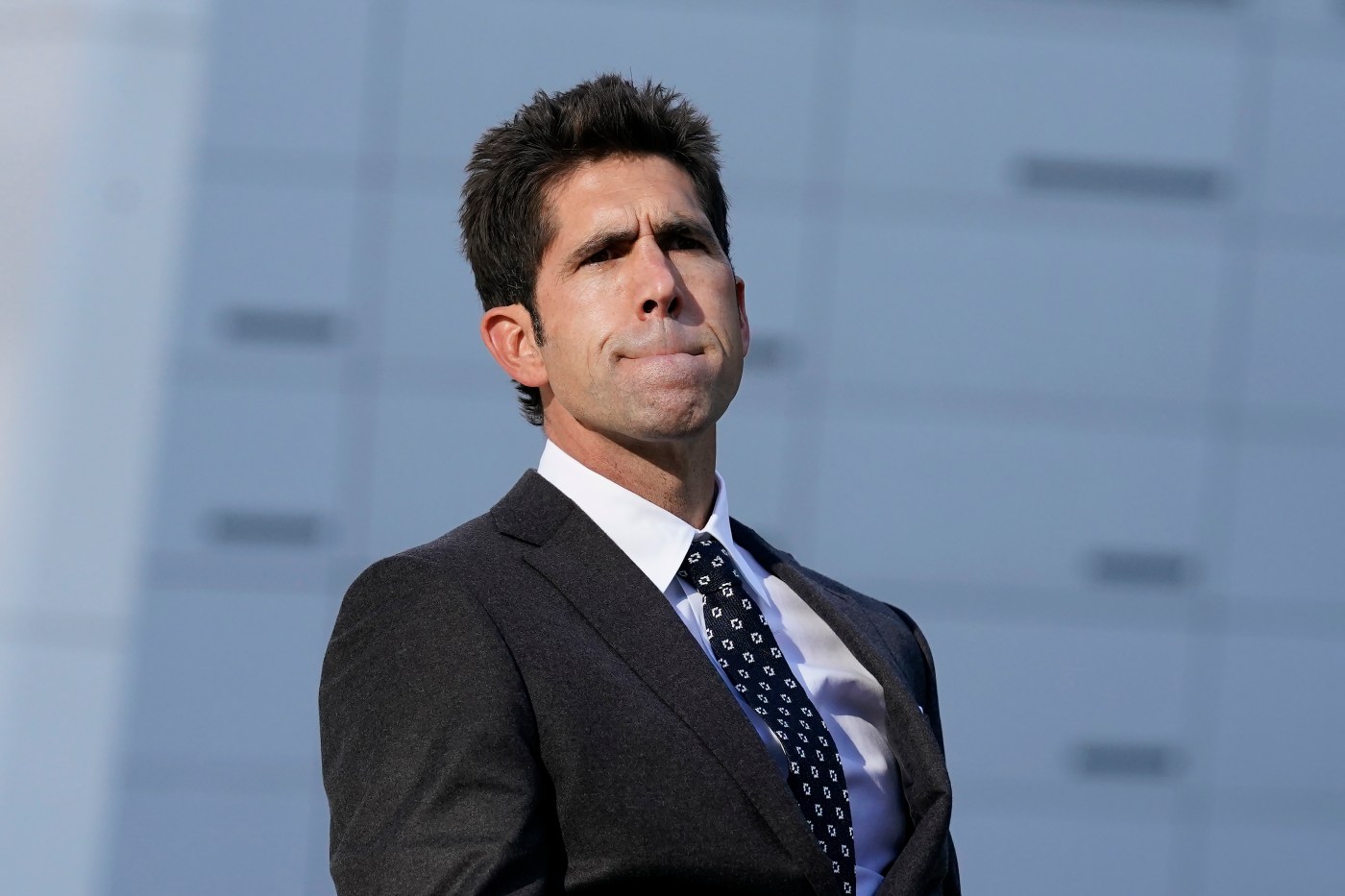 But with his contract set to expire this summer, more questions are bubbling to the surface about his future with the organization that he helped build four championship-winning teams.

Still, Myers, 47, has insisted he’s not worrying about that just yet.

“I’m completely focused on this season,” Myers told the Bay Area News Group in an interview Tuesday after practice.

The Athletic reported Wednesday that talks of Myers’ extension “remain flat” leaving some within the organization to believe Myers’ days with the franchise are numbered.

One of the reported topics hindering those discussions is money. Myers believes he should be among the highest-paid front office executives in the league. According to The Athletic, he is outside the top five but within the top 10.

The potential departure of Myers would have a ripple effect on the franchise. Myers has close relationships with coach Steve Kerr as well as the dynastic nucleus of Stephen Curry, Draymond Green and Klay Thompson. Green and Thompson have wondered about their own future with the team that drafted them a decade ago.

“I enjoy coming to work every day and again, when the season’s over… all that stuff, I’ll figure it out but if I wasn’t enjoying myself each day, I wouldn’t do this,” Myers said. “So people won’t like the answer but the job each day requires so much attention and … focus, I really haven’t [thought much beyond this year.] And people might not believe me, but I’m really focused on this, there’s a huge breath to it, it’s not just the trade deadline, it’s every day. I feel good now, we’ll see how I feel at the end of the year.”

Myers’ comments were part of a longer, more wide-ranging conversation with the Bay Area News Group ahead of the Feb. 9 trade deadline. The rest of that interview will be shared in the …read more

REDDING  — Pacific Gas & Electric will face trial for manslaughter over its role in a 2020 wildfire in Northern California that killed four people, a judge ruled Wednesday. The judge in Shasta County ruled after a preliminary hearing that there was enough evidence for the nation’s largest utility to face trial on 11 felony […]

Buck Taylor attends the premiere for Paramount Network’s “Yellowstone” Season 5 at Hotel Drover on November 13, 2022 in Fort Worth, Texas. | Richard Rodriguez/Getty Images for Paramount Related Once an actor becomes synonymous with a particular character, it can often complicate their personal and professional lives. But Gunsmoke actor Buck Taylor seems nothing but […]

Two members of The Beatles, John Lennon, singer and guitarist, and Paul McCartney, singer and bass guitarist | Fox Photos/Getty Images Fans would do more than “twist and shout” over the Beatles. They’re the band behind “Beatlemania,” a term to describe the physical reaction of fans seeing the Fab Four. Some would faint, vomit, and […]