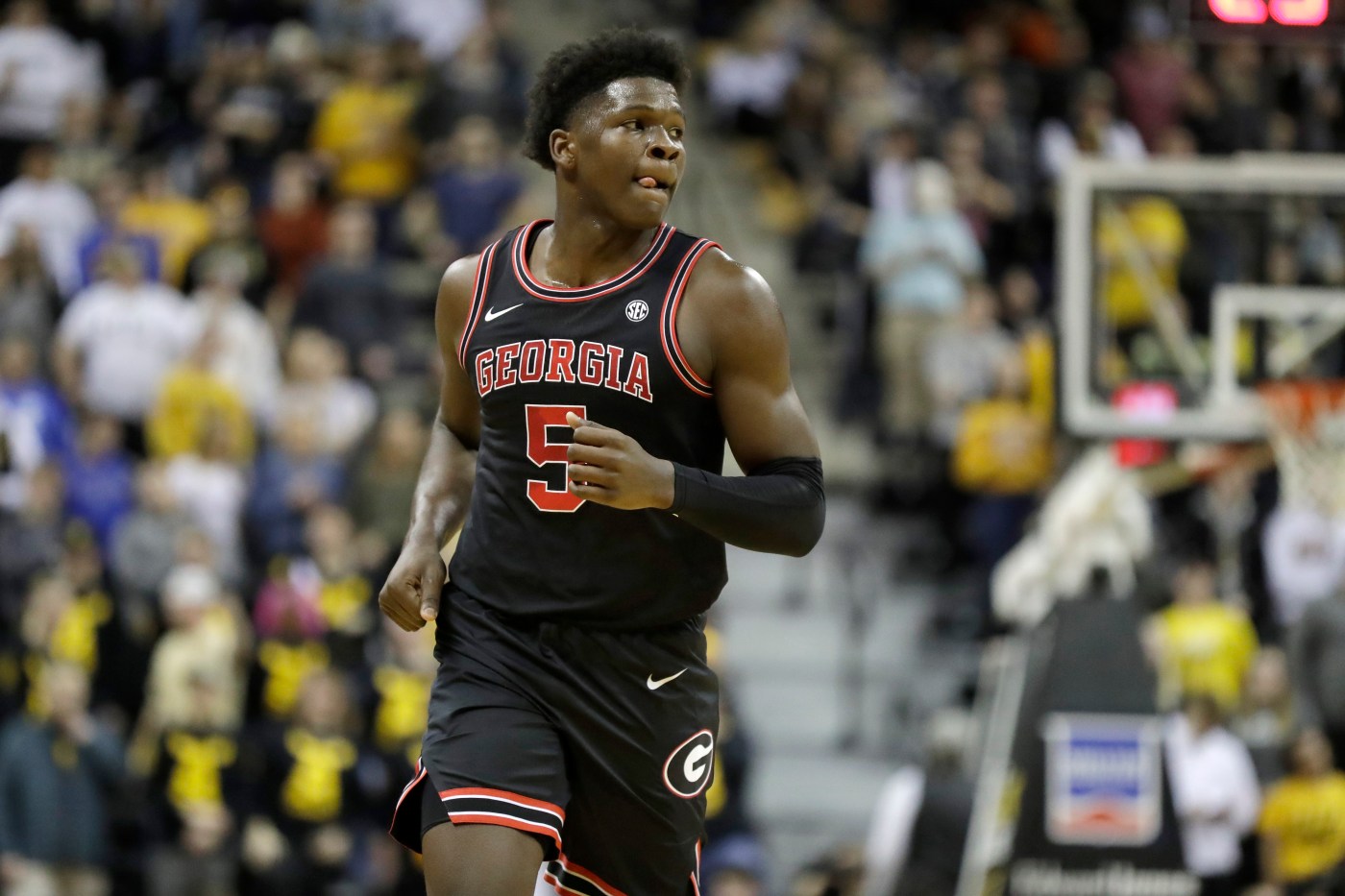 The NBA draft is less than a week away, and the free agency whirlwind will begin shortly after that.

The Warriors have a lot of big decisions to make, and don’t have much time. Let’s take a look at what we know so far.

How a workout with the Warriors changed Anthony Edwards’ mindset

One of the biggest concerns about potential No. 1 NBA draft pick Anthony Edwards is his inconsistent effort.

His lone season at Georgia was highlighted by exciting dunks and step-back jumpers, but it was also common to see Edwards jog back on defense and slip into mental lapses.

But in a recent workout in front of Warriors officials in Atlanta, Edwards, 19, learned a valuable lesson. “It’s not about how many shots you make in a row,” Edwards recalled being told. “Just go hard. Just go as hard as you can.”

With rare strength, athleticism and shot-creation ability, Edwards has the talent to blossom into one of the NBA’s top scorers if he can maintain his intensity. In workouts with other teams, Edwards heeded the Warriors’ advice, and he aims to do so after his name is called on draft night.

“They just gave me some key advice, some key points that I needed,” Edwards said in a conference call with reporters Wednesday. “I took those and ran. I feel like it just changed the way I approached everything.”

Dayton power forward Obi Toppin said during a conference call with reporters Wednesday that he had a virtual interview with Warriors, but did not work out for the team.

Still, Toppin said, “I believe they like me a lot.”
Toppin is expected to go as high as fifth overall in the draft, and might only be an option for Golden State if it trades down. It’s likely the Warriors target a player with more upside than Toppin who, at 22, is older than most players in his draft class.

In addition to his workout for the Warriors, Okoro has also met with the Timberwolves and Cavaliers.

Bob Myers says the Warriors are drafting for the future, not a ‘win-now guy’

Joe Lacob at 10 years with Warriors: “We have the opportunity to be really good for 20 years”

Kurtenbach: Warriors just got a huge break in building their championship contender

RENO, Nev. (AP) — A fast-moving wildfire driven by strong winds destroyed or damaged about 12 homes and buildings in a Reno neighborhood and forced the evacuation of hundreds more on the edge of the Sierra Nevada foothills, authorities said. It was one of several blazes burning near the Nevada-California border. As many as 500 […]

Coronavirus: Could surge mean some Bay Area schools won’t return to classroom until next school year?

For public school parents anxious about their kids’ struggles with online distance learning at home, the recent coronavirus case surge is a dispiriting sign likely to further delay a return to the classroom. And some school officials are starting to fear that an ongoing winter outbreak could keep kids from coming back until next school […]

Inside the Raiders: Five things we learned in the Raiders’ loss to the Chiefs

The Raiders have six games to prove what is possible but far from a sure thing. A 35-31 loss to the defending Super Bowl champion Kansas City Chiefs aside, the Raiders had a playoff-type look Sunday night. They’ve played eight quarters against a team that’s lost exactly one game in in more than a calendar […]