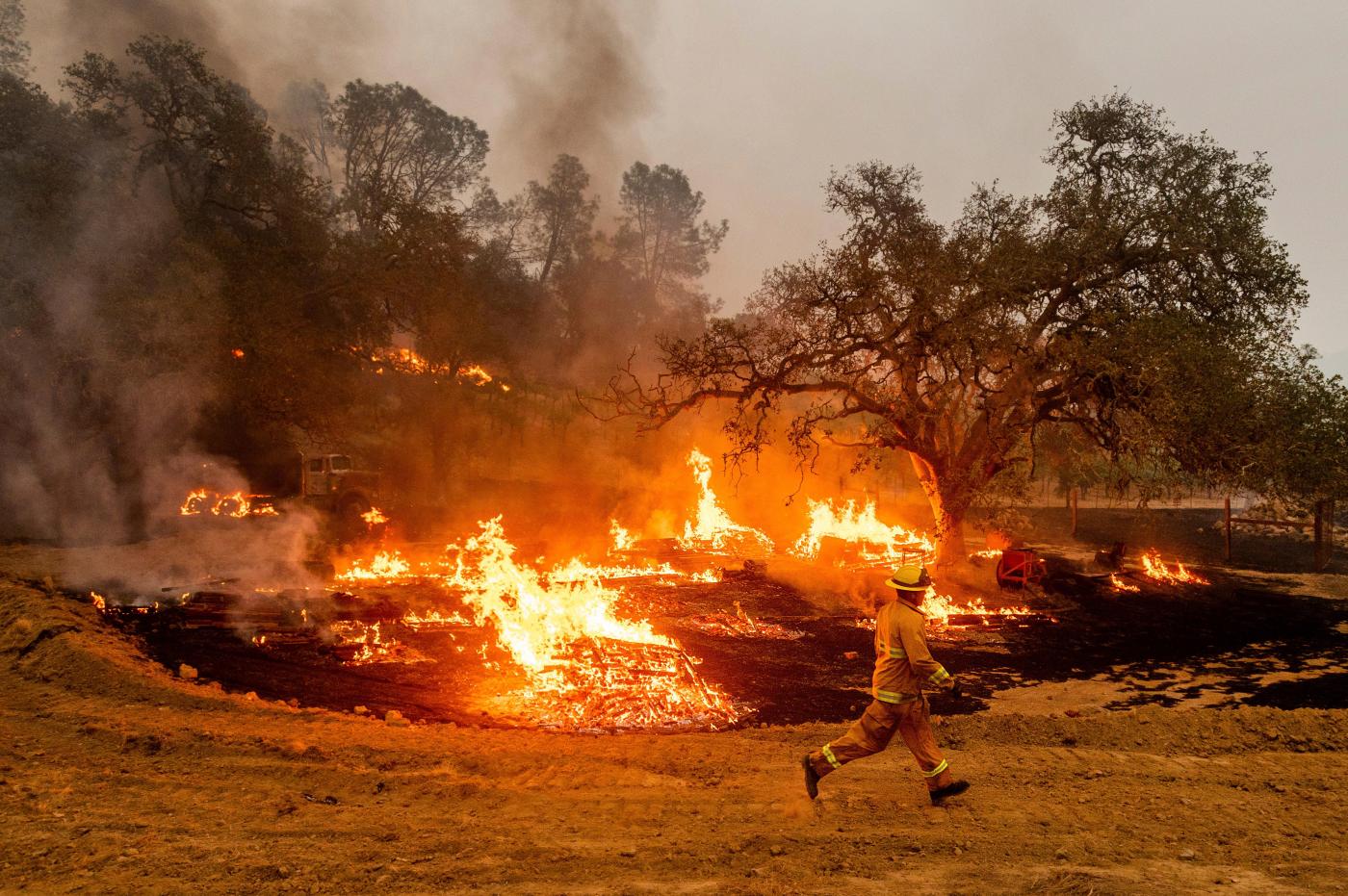 SAN FRANCISCO — Cool weather and light drizzle in some places provided relief for firefighters working to increase containment of numerous wildfires across California on Saturday, but the forecast for dry and warming conditions starting on Sunday signaled that the state’s lethal fire season is far from over.

Several of the wildfires were over 95% contained, but full containment likely won’t be reached without rain, the California Department of Forestry and Fire Protection said.

But the prospect of significant weekend rain was fading, and the National Weather Service said a high-pressure system is expected to grow starting Sunday, bringing dry, warm conditions, with potential winds, through the week.

The forecast led Cal Fire to remind residents that the state historically experiences some of the most devastating wildfires in September and October.

“Do not let your guard down!” the department urged Saturday.

More than 8,400 wildfires have scorched well over 4 million acres (16,187 square kilometers) since the beginning of the year. There have been 31 fatalities and more than 9,200 structures have been destroyed.

Bay Area to see little to no rain this weekend

Most of the loss has occurred since a mid-August blitz of lightning-ignited fires in northern and central sections of the state amid withering dry heat. Several large fires have burned in Southern California.

More than 13,800 firefighters were on the lines of 21 major wildfires Thursday, Cal Fire said.

Veggie burgers are still burgers, at least in Europe

Associated Press BRUSSELS — It’s a meaty issue but the EU has taken a stance: veggie burgers are in fact burgers. European lawmakers said Friday that plant-based products that do not contain meat, including veggie burgers, soy steaks and vegan sausages, can continue to be sold as such in restaurants and shops across the European […]

Me & My Car: Pontiac Ventura pricey but fun for owner to get fixed up

Long story short, here are my NFL picks for Week 6, with the Raiders among those with byes before any possible COVID-19 rescheduling: Rams 33, 49ers 26: First time since 2018 I’ve picked against the 49ers. ‘Bout time I give them bulletin-board material. Do they still make bulletin boards? Line: Rams -3 1/2 Titans 30, […]