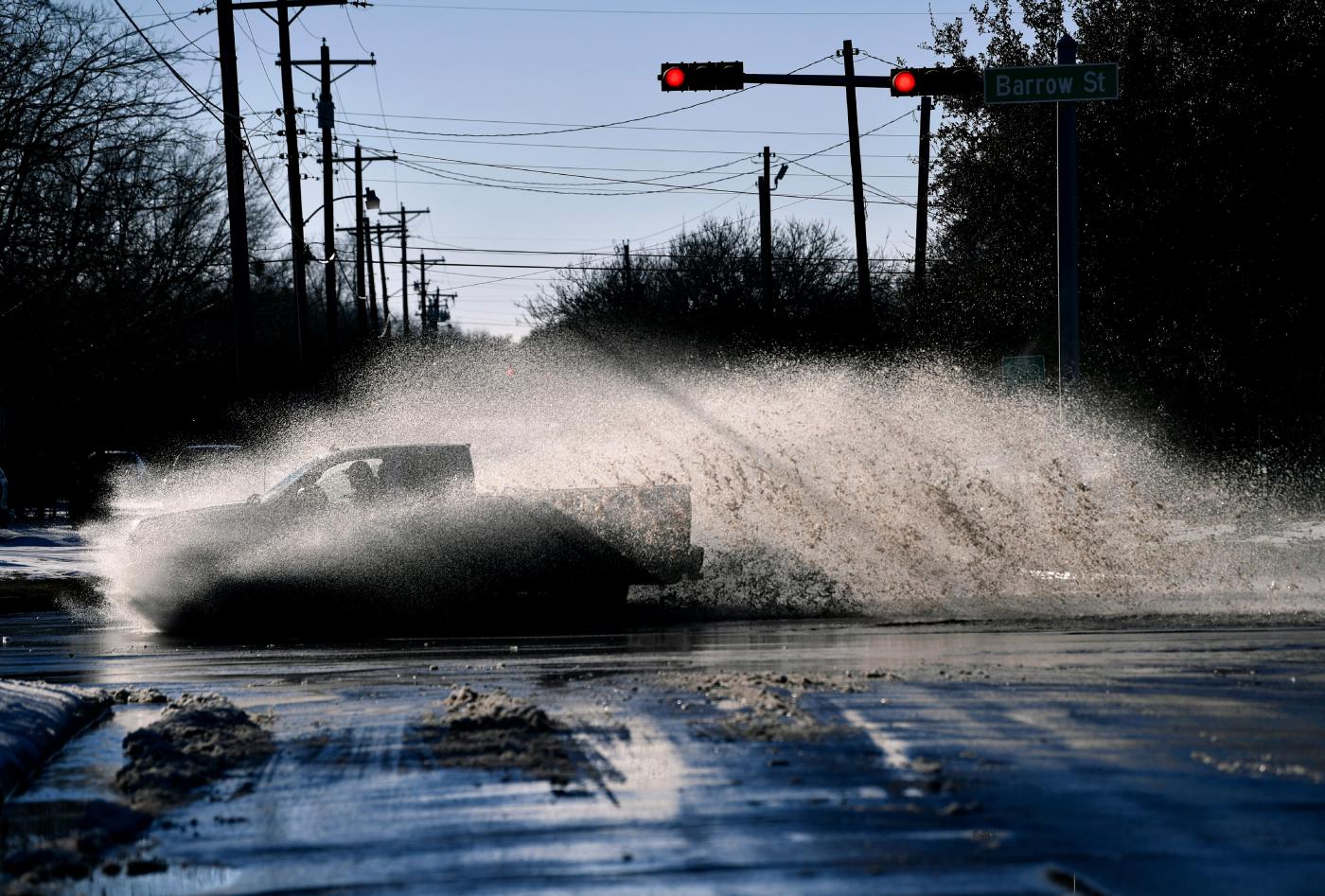 DALLAS — Warmer temperatures spread across the southern United States on Saturday, bringing some relief to a winter weary region that faces a challenging clean-up and expensive repairs from days of extreme cold and widespread power outages.

In hard-hit Texas, where millions were warned to boil tap water before drinking it, the warm-up was expected to last for several days. The thaw produced burst pipes throughout the region, adding to the list of woes from severe conditions that were blamed for at least 69 deaths.

By Saturday afternoon, the sun had come out in Dallas and temperatures were nearing the 50s. People emerged to walk and jog in residential neighborhoods after days indoors. Many roads had dried out and patches of snow were melting. Snowmen slumped.

Linda Nguyen woke up in a Dallas hotel room Saturday morning with an assurance she hadn’t had in nearly a week: she and her cat had somewhere to sleep with power and water.

Electricity had been restored to her apartment on Wednesday, but when Nguyen arrived home from work the next evening she found a soaked carpet. A pipe had burst in her bedroom.

Deaths attributed to the weather include a man at an Abilene health care facility where the lack of water pressure made medical treatment impossible. Officials also reported deaths from hypothermia, including homeless people and those inside buildings with no power or heat. Others died in car accidents on icy roads or from suspected carbon monoxide poisoning.

A Tennessee farmer died trying to save two calves from a frozen pond.

President Joe Biden’s office said Saturday he has declared a major disaster in Texas, directing federal agencies to help in the recovery.

U.S. Rep. Alexandria Ocasio-Cortez, a New York Democrat, tweeted Saturday that she helped raise more than $3 million toward relief, and was soliciting help at a Houston food bank, one of 12 Texas organizations she said would benefit from the money.

The storms left more than 300,000 still without power across the country on Saturday, many of them in Texas, Louisiana and Mississippi.

More than 50,000 Oregon electricity customers were among those without power, more than a week after an ice storm ravaged the electrical grid. Portland General Electric had hoped to have service back to all but 15,000 customers by Friday night but the utility discovered additional damage in previously inaccessible areas.

Oregon Gov. Kate Brown ordered the National Guard to go door-to-door in some areas to check on residents’ welfare. At its peak, what was the worst ice storm in 40 years knocked out power to more than 350,000.

In West Virginia, Appalachian Power in West Virginia was working on a list of about 1,500 places that needed repair, as about 44,000 customers in the state remained without electricity after experiencing back-to-back ice storms Feb. 11 and Feb. 15. More than 3,200 workers were attempting to get power back online, their efforts spread across the six most …read more

No matter what movie wins the Golden Globe for Best Picture – Drama on Sunday evening, lots of people are going to go, “huh?” Take The Trial of the Chicago 7, the Aaron Sorkin-penned courtroom drama about the aftermath of the anti-Vietnam War protests at the 1968 Democratic National Convention: It’s a frontrunner, but 62 […]

By Alisha Ebrahimji | CNN A tenure-track professor at a California community college is on leave and under investigation after video of him speaking critically to a hard-of-hearing student during an online class made the rounds on social media. Last Thursday, a two-minute video — broken into three parts for TikTok — surfaced showing a […]

By Bay City News Service An investigation by the Sonoma County Sheriff’s Office and the federal Drug Enforcement Administration led to the arrests of seven people and the seizure of about 19 pounds of methamphetamine last week, officials said. Five search warrants were served in the Santa Rosa area and one in San Jose on […]