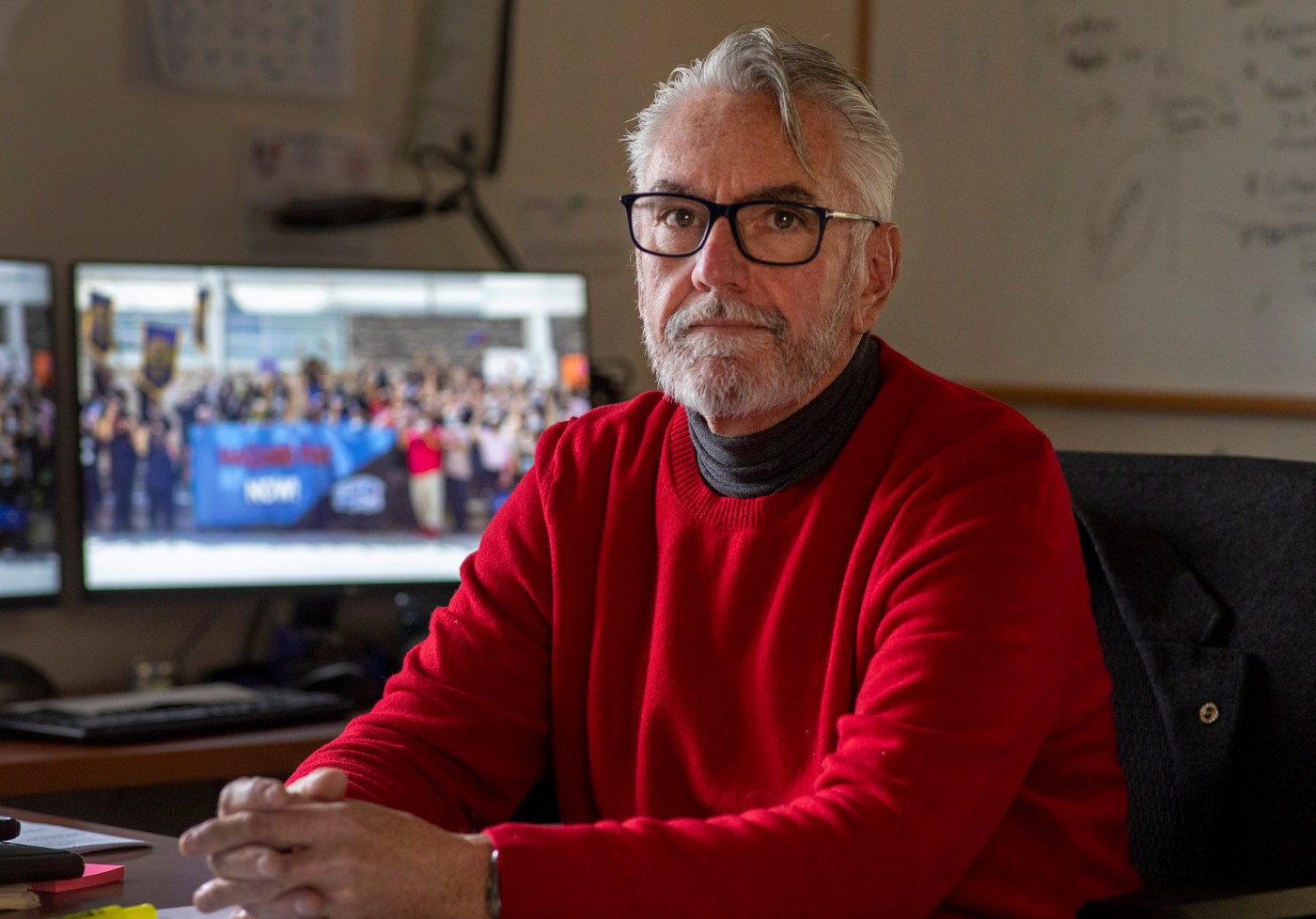 The union head who represents Valley Transportation Authority workers asserted on Saturday that a male employee who was arrested after making workplace shooting threats was “facing pressures” to receive a vaccine shot mandated by the transit agency.

The comments come after the Friday arrest by sheriff’s deputies of a male VTA worker who was allegedly making shooting threats in front of other employees at the Chaboya Division Yard in San Jose on the 2200 block of South 10th Street. The sheriff’s department did not specify whether any specific threats were made or if the man owned any firearms.

In his statement, Amalgamated Transit Union President John Courtney said he has “pleaded” in the past with the transit agency to not put “undue pressure” on its workers and threaten termination for those who are unvaccinated.

“The next person subjected to unnecessary stress from VTA management and contemplating harm may not say anything,” said Courtney, who has suggested a once-a-week testing regiment instead of mandated vaccines.

“We are no longer in a vaccination crisis we are in a mental health crisis,” he added.

Courtney did not respond to a request for comment asking to provide evidence that the shooting threats and vaccine mandate were related. A sheriff’s department spokesperson declined to provide comment.

Courtney’s statement drew a sharp rebuke from the VTA administration.

“Violent threats are unacceptable and should not be defended under any circumstances,” VTA spokesperson Stacey Hendler Ross said in a statement on Sunday. “Also unacceptable is the behavior and continued blame by ATU leadership who has worked to thwart the progress to protect employees rather than advance it. We are working diligently through various options for those not yet vaccinated; however, public false assertions do not benefit the process.”

“VTA is carefully implementing policies and working with our employees to make sure we have the safest conditions for employees and our passengers,” Hendler Ross added.

Fremont: Shooting between vehicles leaves one dead behind the wheel

Suspect in fatal shootout with California cops was on probation for a gun violation, prosecutors say

Two men shot in Oakland, one during a robbery

Unlike other Bay Area transit agencies, hundreds of VTA’s workers remained unvaccinated until the end of April when employees were required to get a shot. According to numbers provided by the transit agency, around 95% of the 1,494 workers that ATU’s represents are fully vaccinated. Those that have …read more

After Carrie Underwood experienced an accident that left her with a facial injury in 2017, rumors swirled that she was trying to hide plastic surgery. Eventually, she responded to those stories and disclosed what happened is just as fascinating as anything that was made up. What happened to Underwood’s face? And what did the experience […]

Paul Haggis finds himself in trouble. Police in Italy detained the writer, director, and producer of several well-known movies after a woman accused him of sexual assault. Time will tell if the news impacts the outspoken former Scientologist’s Hollywood career. Until then, let’s look at the news surrounding Haggis, his net worth (and the TV […]