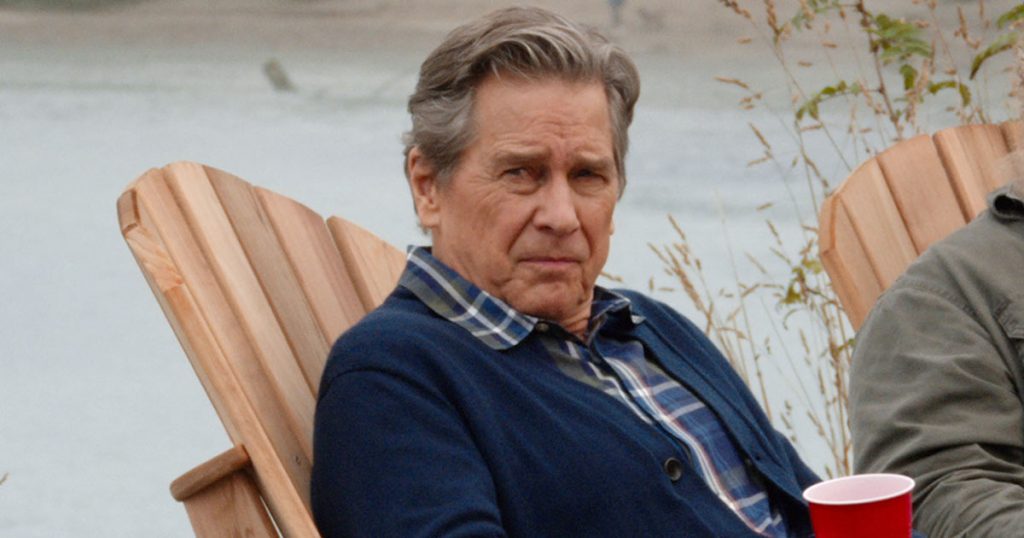 Virgin River is a fan favorite on Netflix. The show centers on Mel Monroe (Alexandra Breckenridge), a nurse who leaves behind her life in Los Angeles for a fresh start in Virgin River.

In the small town, she is swept off her feet by Jack Sheridan (Martin Henderson), the town’s bar owner who is also a former Marine. Moreover, Mel has earned the respect of her boss, Vernon “Doc” Mullins (Tim Matheson). Matheson not only acts on the show but he’s also directed some episodes. However, he prefers one over another.

‘Virgin River’ Season 4 reveals a lot about Doc’s past

Fans were shocked at the end of season 3 when a man named Denny Cutler (Kai Bradberry) who claims he’s Doc’s grandson appeared in town. As far as we know, Doc never had any children. However, season 4 is set to reveal a lot more about his past.

“We haven’t really dealt with Doc’s past,” Virgin River showrunner Sue Tenney told  TV Line. “We’ve only talked about his medical background. All of your questions [about Doc] will be answered in Season 4. It’s a really interesting addition, another outsider in Virgin River. He’s carrying a secret that will come out [if the show is renewed for] Season 4. It’ll be interesting to see. It’s worth the wait!”

We just hope that Doc’s wife Hope (Annette O’Toole) will take all of this news well.

Tim Matheson prefers to act in the Netflix series

Though he plays a major role in Virgin River, Matheson has also acted as a director on the show. However, he says that he prefers to act on the series over directing it. “I love being an actor on a show that tells an interesting story and being a director is much more demanding and time-consuming,” he told Chatting with B. “Because you’re choosing everything that goes into production, the wardrobe, the locations, the script, and any alterations to the script, everything is focused on the director. I know on Virgin River I directed four different episodes and it was exhausting because I had to act as well as prep it, shoot it, then edit it and it was very demanding.”

Still to direct four episodes of a show means that Matheson is still passionate about that aspect of bringing the story to life.

Alex’s Spotify playlist? I need it. 100% here for her taste in music. #VirginRiver pic.twitter.com/sIt8dY5zUM

Fans are concerned about Doc’s health on ‘Virgin River’

In addition to his mystery grandson, fans are concerned that Doc’s health is ailing. In season 2, he was diagnosed with an illness that leads to blindness. Though he’s revealed his condition to Mel, a newcomer to the clinic is raising alarms.

The Bold Type’s Mark Ghanimé has joined the series as Dr. Cameron Hayek. According to his official character description, Dr. Hayek is a “dashing new physician. …read more

Ringo Starr | RB/Bauer-Griffin/GC Images Ringo Starr developed a hit solo career after the Beatles As part of the Beatles, Starr served mostly as the band’s drummer. But he did perform lead vocals on some of the group’s most popular tracks, such as “ Ringo Starr is perhaps best known as one-quarter of the biggest […]

Yoán Moncada raised his arms as he walked through the Chicago White Sox dugout. Teammates gathered around him and greeted him with high-fives and pats on the backs. Moncada had just circled the bases after hitting a three-run homer in the first inning Wednesday against the Detroit Tigers. It was his first home run since […]

Most people think celebrity life is about enjoying the spotlight, red carpets, and opulence mansions. The truth of the matter is that the lifestyle of these celebrities can get complicated and can lead to ugly lawsuits. As the world watched Johnny Depp and Amber Heard’s recent trial unfold in real-time, some people were reminded of […]