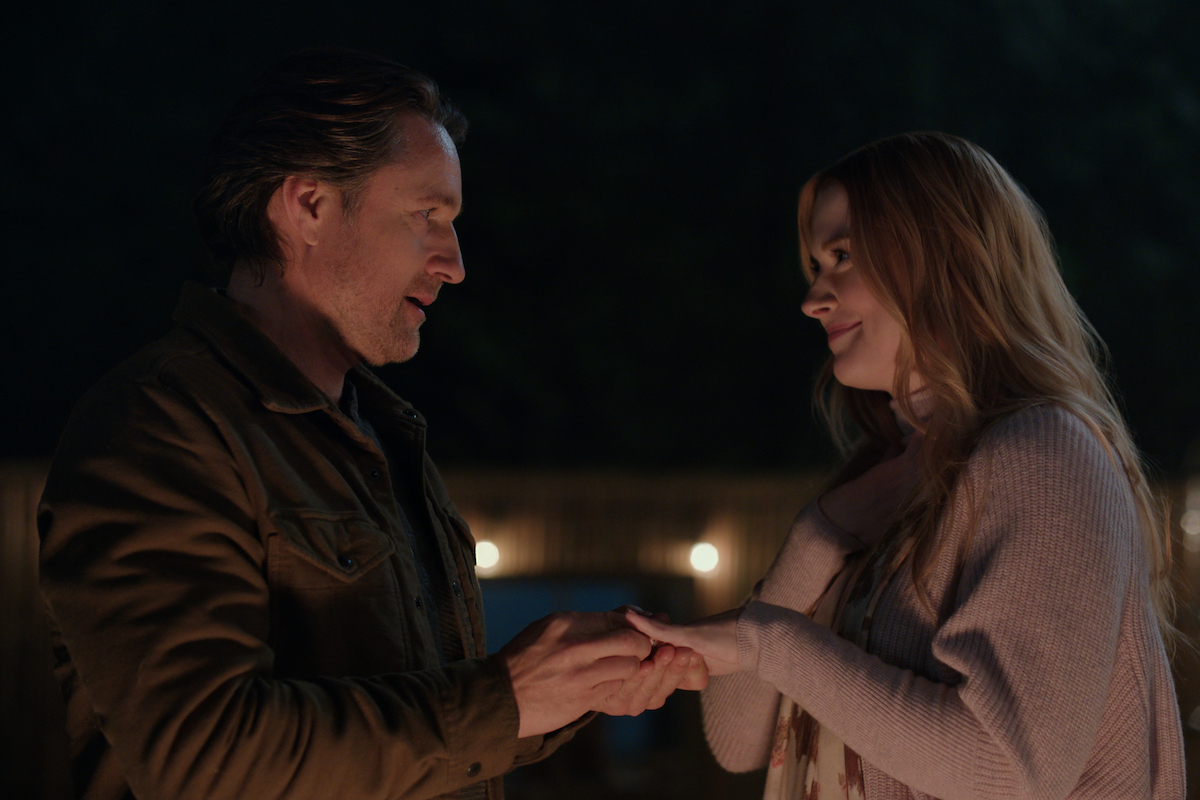 Netflix’s Virgin River is one of the streaming services’ most captivating shows. The series chronicles the romance between Mel Monroe (Alexandra Breckenridge) and Jack Sheridan (Martin Henderson). Since Mel moved to the small town from Los Angeles, the pair have had many ups and downs. After all, Mel was mourning the death of her husband, and Jack was in a relationship when they first met.

Now, with their romance solidified, Mel and Jack are in a good place. And it looks like they will remain that way throughout season 5.

RELATED: ‘Virgin River’: Jack Could Bail on Mel and Their Unborn Baby

‘Virgin River’ Season 5 will be ‘heavy’ and ‘intense’

There has been a major shakeup on Virgin River. Sue Tenney, who developed the series and served as showrunner for the first four seasons, has moved on to different projects. Now, Greek creator Patrick Sean Smith has stepped in her place.

Though the series will have the same formatting and bones as it always has, something will be slightly different this season. “I think this season has started out well and we’re getting into a few episodes soon that are pretty heavy,” Breckenridge told New Beauty. “They’re really intense and I think that they’re some of the best episodes we’ve ever done. I think that there’s a high sense of drama that starts to come up this season that it’s going to leave people on the edge of their seats. At least, I hope. I’m excited to get into that.”

However, despite the high drama, Mel and Jack will be closer than ever.

Mel and Jack will be closer than ever in season 5

After a breakup, some paternity drama, and Charmaine’s (Lauren Hammersley) revelation, Mel and Jack have been through a lot. However, according to Henderson, the pair will be closer than ever.

“From what I understand this season, you’re going to also see Mel and Jack get really close,” he told Express. “Some of the stuff they’re going to go through is really going to cement their bond. A lot of season four was stuff pushing them away, like Jack’s drinking. I don’t think there was true doubt about the relationship, but there were definitely some questions and bumps that were making their union kind of rocky. Hopefully, that big proposal put an end to that.”

However, Henderson hint that there will still be some bumps.

With Mel’s pregnancy and her bond with Jack solidified, we’re glad that the pair will be in a good place because it’s likely that Jack’s past will come back to haunt him. As fans of Virgin River know, the former Marine has been married in the past to a woman named Mandy.

Now, there have been hints that Mandy will appear in season 5. “There are a lot of great Easter eggs and breadcrumbs that have been left, and …read more

SAN LORENZO — An unidentified man was shot dead at a busy San Lorenzo intersection on Sunday after which a vehicle fled the scene, prompting investigators to probe the fatal incident as a possible “road rage” incident. The shooting occurred at the corner of Hesperian Boulevard and Lewelling Boulevard in San Lorenzo, according to a […]

Kody Brown | TLC/YouTube Kody Brown’s behavior has turned off ‘Sister Wives’ fans Upon its 2010 debut, Sister Wives portrayed a man who lived a polygamist lifestyle with his four wives, Meri, Janelle, Christine, and Robyn. It was the first time the American television viewing audience had seen such a lifestyle. While the idea of […]

Fed escalates its inflation fight with another big rate hike

By Christopher Rugaber | The Associated Press Intensifying its fight against chronically high inflation, the Federal Reserve raised its key interest rate Wednesday by a substantial three-quarters of a point for a third straight time, an aggressive pace that is heightening the risk of an eventual recession. The Fed’s move boosted its benchmark short-term rate, […]