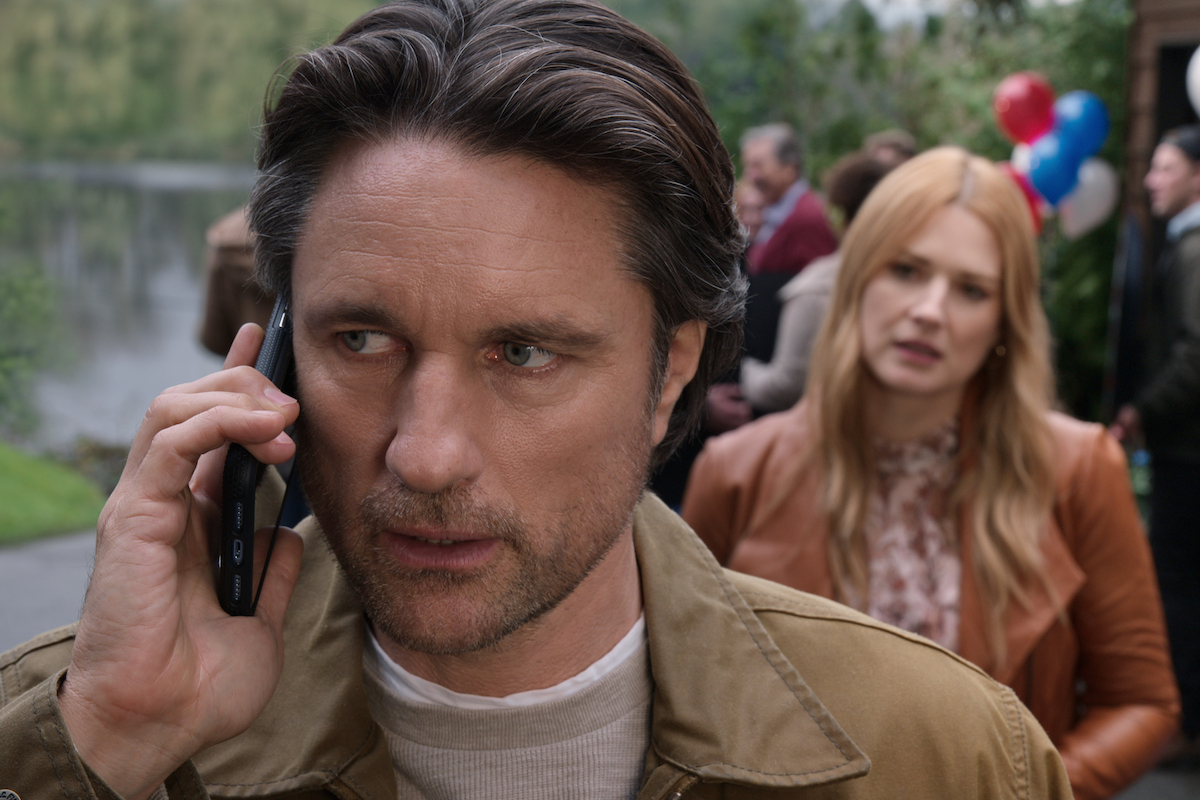 Virgin River is a fan favorite on Netflix. The drama series is based on romantic books by author Robyn Carr. The show focuses on the relationship between Mel Monroe (Alexandra Breckenridge) and Jack Sheridan (Martin Henderson), a nurse and a retired Marine turned bar-owner. Fans have watched Mel and Jack confront their past for the past four seasons while trying to build a future together.

However, now that they are finally on the same page, season 5 of Virgin River could bring back someone from Jack’s romantic past.

RELATED: ‘Virgin River’: Why Are so Many Characters From Robyn Carr’s Books Missing From the Show?

As Virgin River enters its fifth season, there will be a few changes. Though the core cast remains intact, Sue Tenney, who served as the showrunner for the first four seasons, has moved on to other projects. Greek creator Patrick Sean Smith is coming on board to take her place.

“Sue had moved on to other projects, and I’d worked with Netflix on Dolly Parton’s Heartstrings so we had a pre-existing relationship,” Smith told TV Line. “I was already a fan, and I was super excited when they came to me with the possibility. The cast cares so much about the show and the fans, and they want to put on the best show possible. I think they’ve done that for the past four seasons, so it just makes it easier for me to pick up the ball and keep running into season 5 and beyond. There is a lot going on, and it took me a while to get my head around what [the characters have] all been through, where they’re heading and where I’d like them to go. I wanted it to be as seamless as possible.”

Mel and Jack finally seem to be in a really good place. They are engaged and expecting a little girl. However, Jack’s past might shake things up for the couple in season 5 — specifically his ex-wife, Mandy. “There are a lot of great Easter eggs and breadcrumbs that have been left, and we are clocking all of them thoughtfully,” Smith told Glamour. “I would say, check out season five and see if Mandy makes an appearance.”

Since Jack hasn’t been open when talking about his former marriage, there may be some unresolved issues. This won’t bode well for him or Mel, especially since he is also dealing with Charmaine’s bombshell revelation.

Speaking of Charmaine, fans were absolutely stunned in the season 4 finale when she revealed to a shocked Mel and Jack that the unborn twins she was carrying aren’t actually Jack’s. Fans have long since speculated that the hair stylist underwent a round of IVF …read more

Wynonna Judd and Naomi Judd of The Judds attend the 2022 CMT Music Awards | Jeff Kravitz/Getty Images for CMT The singer also created Naomi Judd is one half of the family duo The Judds, also starring in television shows and movies throughout her career. The country artist excluded her two daughters from her will […]

By GILLIAN FLACCUS A wildfire burning in a remote area just south of the Oregon border appears to have caused the deaths of tens of thousands of Klamath River fish, the Karuk Tribe said Saturday. The tribe said in a statement that the dead fish of all species were found Friday near Happy Camp, California, […]

Sweat cascaded from Ja’Wuan James’ forehead as he prepared to field questions from reporters after two hours of practicing in the ponderous heat Thursday. Even this bit of summer drudgery felt satisfying to the Ravens tackle after three seasons of absence defined by hobbling injuries, a pandemic and a contentious breakup with his previous team. […]