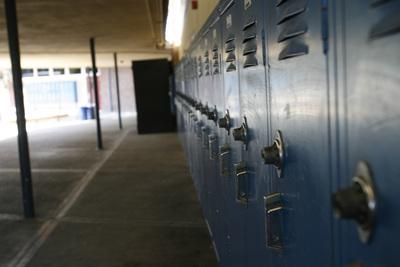 An East San Jose school district long plagued by accusations of financial mismanagement is suing four former board members for allegedly refusing to return the “excessive and wasteful compensation” the district mistakenly paid them.

In the recent lawsuits filed in Santa Clara County Superior Court, the Alum Rock Union School District is seeking reimbursement for paying too much in health and welfare benefits to former board members Karen Martinez, Esau Herrera, Dolores Marquez and Khanh Tran. The lawsuits allege they each owe the district more than $10,000.

California law states that benefits paid to members of a legislative body cannot exceed the “most generous” benefits given to employees of the agency they oversee.  Alum Rock paid 100% of benefit premiums for board members and 85% for district employees.

The school district, which over the past half-decade has weathered investigations, state audits and corruption allegations, discovered the error early last year during an “internal review” of benefit premiums, according to an email sent to Herrera by Carlos Moran, Alum Rock’s assistant superintendent of human resources.

In April 2020, the district sent letters to current and former board members who had opted into its benefits system, informing them of the mistake and requesting that they pay back the extra money. The district then sued those it says refused.

The lawsuits claim the four former board members “violated the public trust and breached their fiduciary duties to the district and the public” when they accepted the “excessive and wasteful compensation” and later refused to repay it despite being notified the overpayments were illegal.

Alum Rock enrolls about 10,200 students from mostly Latino and low-income families across 28 elementary and middle schools in East San Jose, according to the latest figures from the state Department of Education. It is governed by a five-member board of trustees.

It has been been embroiled in several controversies in recent years, from district leaders obtaining restraining orders against each other to investigations into fraud and conflicts of interest to reports of millions of dollars misspent under the board’s poor oversight on school construction projects and botched dealings with Del Terra Real Estate Services.

Herrera, Tran and Dolores were all accused of managing the district and their relationship with Del Terra poorly, and a civil grand jury in 2018 urged them to resign.

To balance the Alum Rock’s budget in recent years, the school board in 2019 decided to go without school librarians and in May voted to close two middle schools — Clyde L. Fischer and Lee Mathson — at the start of next school year.

According to emails reviewed by this news organization, Herrera responded to the district’s initial request in late April 2020 by saying he would “be glad to engage in …read more

Apparently, when you don’t make the NBA playoffs, you’ve got a lot more time on your hands. Golden State Warriors superstar Stephen Curry, for example, is about to kick off the third season of “Holey Moley,” the zany televised mini-golf competition that he executive produces and appears in. To promote the return of the series, […]

SUNNYVALE — A low-slung building where hundreds of homes could sprout in Sunnyvale in the middle of one of that city’s tech hubs has been bought by a developer of affordable housing. Mid-Pen Housing, an affordable housing developer that traces its roots to Stanford University and Silicon Valley entrepreneurs, has bought a site near offices […]

By Manu Raju, Lauren Fox and Ali Zaslay | CNN Liberal Senate Democrats are unloading on a bipartisan group of senators working on an infrastructure deal, warning that any pared-back measure to win GOP backing almost certainly would fail to deliver on their party’s promises and could lead to a revolt from the left. The […]