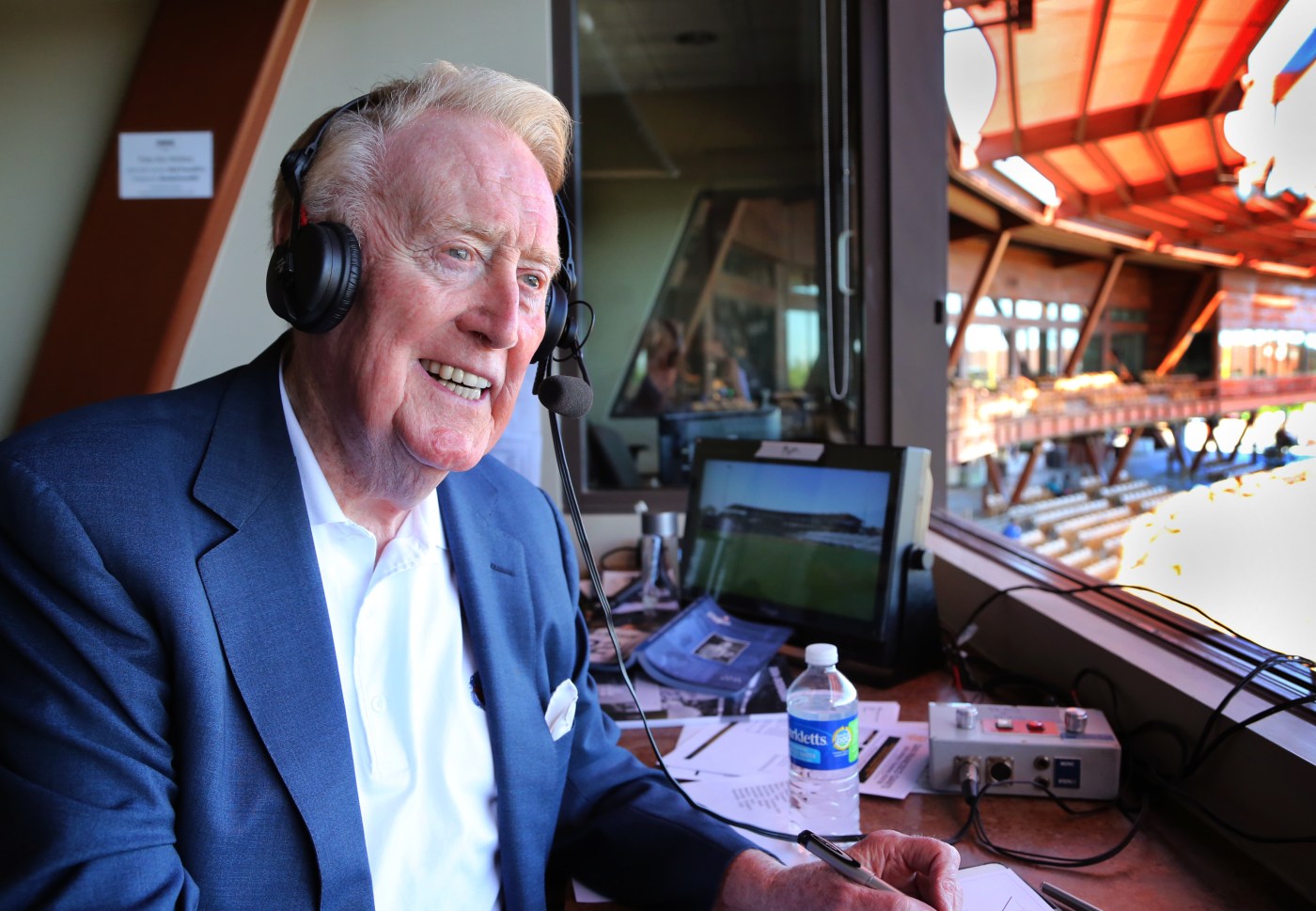 There’s not much that Giants and Dodgers fans agree upon after a century-plus of fierce rivalry.

How could you not? He’s one of the best broadcasters in this history of the art, and his love of the game that came through in his calls was second-to-none, even if you were rooting against his team.

The now-retired Hall of Fame broadcaster was the voice of the Dodgers for 67 years, ending his incredible run in 2016. He’s seen it all. And so when he said that Thursday, ahead of Game 5 of the National League Division Series between the two rival teams at Oracle Park, that it’s the “most important game in the history of their rivalry” you should take note.

Kurtenbach: The big advantage the Giants have against the Dodgers in Game 5

Kurtenbach: Game 5 is the pinnacle of storied SF Giants-Dodgers rivalry

Kurtenbach: Underdogs? Logan Webb, the SF Giants showed the Dodgers who the best team in baseball was in Game 1

Steph Curry is rooting for SF Giants, at least until the World Series

“With nearly identical records, and so much at stake, I believe this to be the case,” Scully said of Thursday’s game being the best Giants-Dodgers game ever.

“Many of you might consider the 1951 game for the NL pennant to be bigger. Perhaps, but that was more about the greatest moment with Bobby Thomson’s game-winning home run.”

I couldn’t agree more. I wrote about it Wednesday.

Scully had one more wish for Thursday’s game: no scapegoats.

When the stakes are this high, that’s a tall ask.

“I have one prayer for tonight’s game,” Scully tweeted. “However it’s decided, I hope there’s no goat, no single player to shoulder the blame for a loss like Bill Buckner in the 1986 [World S]eries between the Red Sox and Mets.”

But Scully knows all about that infamous play. He was on the call for NBC that night at Shea Stadium.

First pitch of Game 5 of the NLDS is at 6:07 p.m. The winner will host the Braves on Saturday for Game 1 of the National League Championship Series.

Stevie Nicks Opened Up About Her 3 Month Marriage: ‘It Was a Terrible, Terrible Mistake’

Stevie Nicks and Kim Anderson | Ron Galella, Ltd./Ron Galella Collection via Getty Images Stevie Nicks’ father told her she would never get married Just after Nicks released her Stevie Nicks has several famous relationships, but her most legally significant one is often forgotten. In 1983, Nicks got married, though she didn’t do it for […]

‘The Family Chantel’ Season 3: Where to Watch the New Season

Madonna | Paul Drinkwater/NBCU Photo Bank/NBCUniversal via Getty Images via Getty Images A young girl helped inspire 1 of Madonna’s songs Patrick Leonard is most famous for working with the Queen of Pop. He co-wrote some of her most popular songs, including “Like a Prayer,” “ The Beatles and Madonna made very different songs; however, […]