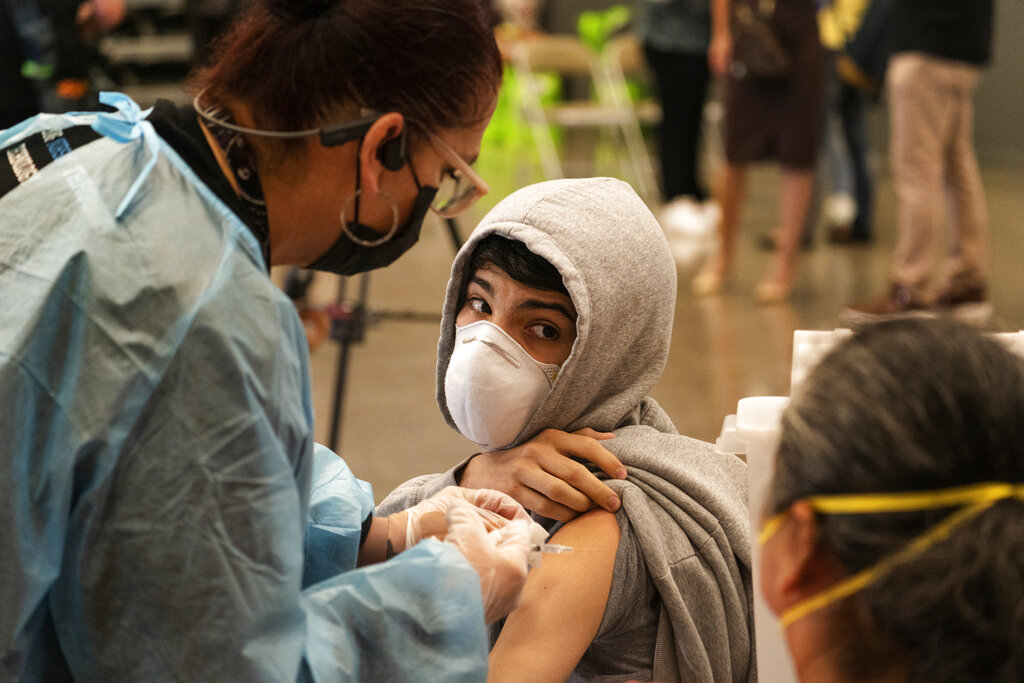 SACRAMENTO, Calif. (AP) — California lawmakers on Thursday amended a bill that would have let preteens be vaccinated against a range of health conditions without their parents’ consent, instead raising the proposed minimum age to 15 — which would still be among the youngest in the U.S.

Currently, minors age 12 to 17 in California cannot be vaccinated without permission from their parents or guardians, except for vaccinations to prevent sexually transmitted diseases. California state law already allows people 12 and older to consent to the Hepatitis B and Human Papillomavirus (HPV) vaccines.

The bill that cleared the state Senate last month on a 21-8 vote would have allowed those age 12 and up to receive any vaccine that has been approved by the U.S. Food and Drug Administration and Centers for Disease Control and Prevention, including against the coronavirus, even if their parents objected. It would have been the youngest age of consent in any state.

Republican Assemblyman Kevin Kiley said in a tweet that the bill, SB 866, was “nowhere close” to having the needed 41 votes to pass the Assembly.

Catie Stewart, spokesperson for the bill’s author, Democratic Sen. Scott Wiener of San Francisco, said supporters of the measure were close to having enough votes in the Assembly, but “it wasn’t a slam dunk.”

“We think that this will help make it easier,” she said. “And we think the majority of the people who will use, who will take advantage of this, are going to be 15 to 18, so we thought it was a good compromise.”

The amendment will not change the lower age of consent for vaccines related to sexually transmitted diseases.

Wiener’s measure is the latest coronavirus-related bill to run into headwinds. Several other proposals stalled as the winter pandemic wave subsided, leaving his as perhaps the most controversial remaining legislation.

Gov. Gavin Newsom and Sen. Richard Pan both delayed until next year measures relating to school vaccinations, and Assemblymember Buffy Wicks withdrew her bill that would have forced all California businesses to require coronavirus vaccines for their employees.

Stewart acknowledged that a lot of members of the Assembly had concerns with the lower age, and “we want to work with people to get this across the finish line.”

Alabama allows children to consent to vaccines starting at age 14, Oregon at 15 and Rhode Island and South Carolina at 16. Cities including Philadelphia and Washington, D.C., allow children age 11 and up to consent to COVID-19 vaccines, and in San Francisco the age is 12 and older.

‘Rap Sh!t’: The New HBO Series Is Based on the City Girls’ Real-Life

Yung Miami and JT of the group City Girls| Prince Williams/Wireimage ‘Rap Sh!t’ will debut July 21 on HBO When Insecure wrapped last year, fans of Issa Rae were devastated. The comedy series changed the game for Black representation on HBO and shifted the ways in which Black millennial women in particular were perceived. Now, […]

Saving Private Ryan was the first of many collaborations between Tom Hanks and Steven Spielberg. They produced HBO miniseries together, and reunited for films like Catch Me If You Can, Bridge of Spies and The Post. In a recent interview, Hanks revealed that Spielberg didn’t want him to shoot anybody in the World War II […]