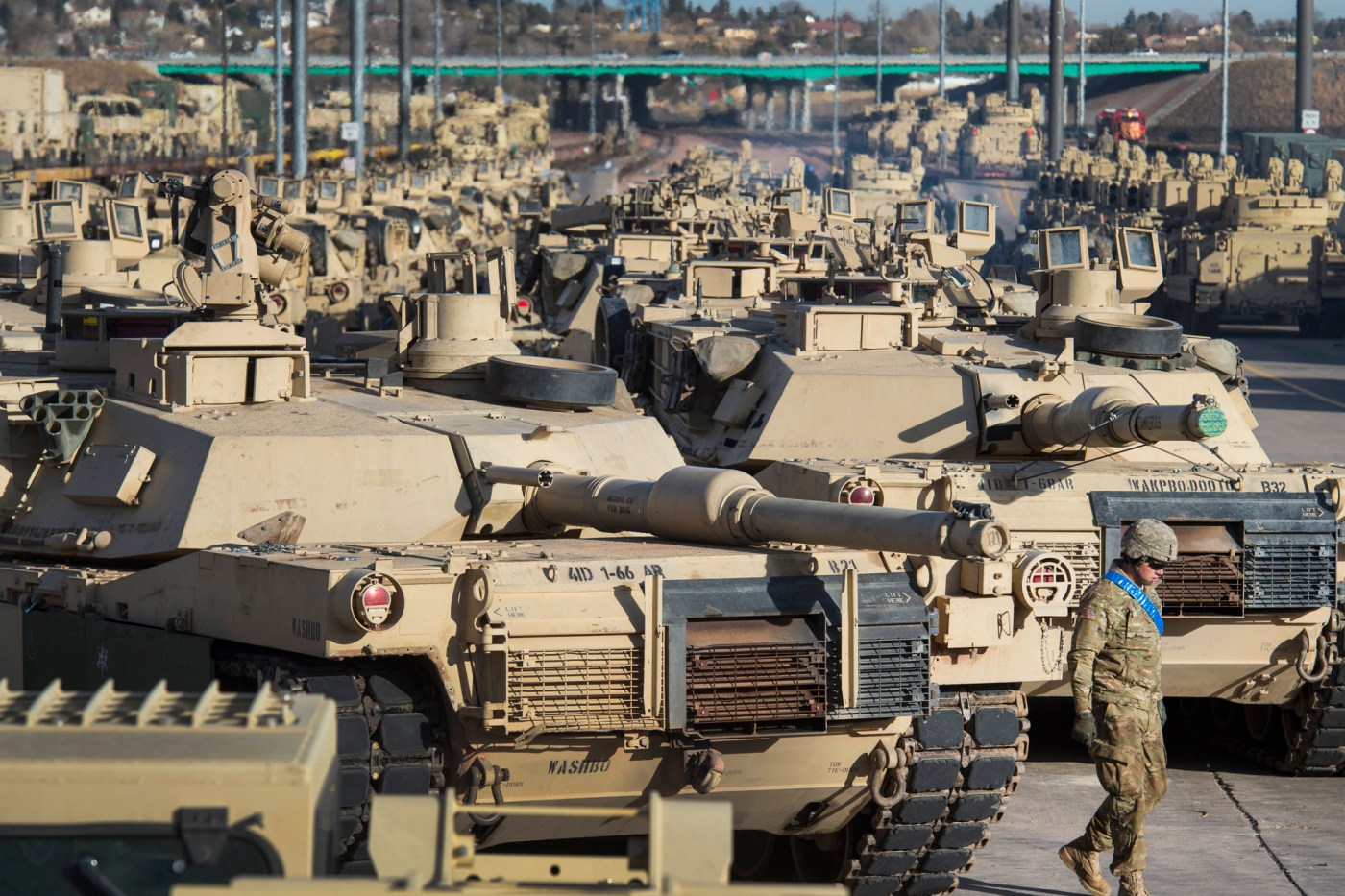 WASHINGTON — In what would be a reversal, the Biden administration is poised to approve sending M1 Abrams tanks to Ukraine, U.S. officials said Tuesday, as international reluctance to send tanks to the battlefront against the Russians begins to erode. The decision could be announced as soon as Wednesday, though it could take months or years for the tanks to be delivered.

U.S. officials said details are still being worked out. One official said the tanks would be bought under an upcoming Ukraine Security Assistance Initiative package, which provides longer-range funding for weapons and equipment to be purchased from commercial vendors.

The U.S. announcement is expected to come on Wednesday in coordination with an announcement by Germany that it will approve Poland’s request to transfer German-made Leopard 2 tanks to Ukraine, according to one official. The officials spoke on condition of anonymity because the decision has not yet been made public.

By agreeing to send the Abrams at an as-yet unspecified time under the assistance initiative, the administration is able to meet German Chancellor Olaf Scholz’s demand for an American commitment without having to send the tanks immediately.

Weapons provided through the assistance initiative can take many months to several years to reach the battlefield. Much of the aid sent so far in the 11-month-old war has been through a separate program drawing on Pentagon stocks to get weapons more quickly to Ukraine. But even under that program, it would take months to get tanks to Ukraine and to get Ukrainian forces trained on them.

It’s unknown how many tanks would be approved.

Until now, the U.S. has resisted providing its own M1 Abrams tanks to Ukraine, citing extensive and complex maintenance and logistical challenges with the high-tech vehicles. Washington believes it would be more productive to send German Leopards since many allies have them and Ukrainian troops would need less training than on the more difficult Abrams.

A U.S. official familiar with White House thinking said the administration’s initial hesitancy was based on concerns about the requisite training and the sustainment of the tanks. The official added that the administration believes that such plans are now in place, but it could take time to implement them.

At the Pentagon, spokesman Brig. Gen. Pat Ryder said he had nothing to announce on any U.S. decision regarding Abrams tanks. But he said, “anytime that we’ve provided Ukraine with a type of system, we’ve provided the training and sustainment capabilities with that.”

The administration’s reversal comes just days after a coalition of more than 50 senior defense officials from Europe and beyond met in Germany to discuss Ukraine’s war needs, and battle tanks were a prime topic.

Ukrainian leaders have been urgently requesting tanks, but Germany had resisted mounting pressure either to supply its own tanks or clear the way for other countries, such as Poland, to send the German-made tanks from their own stocks. Kremlin spokesman Dmitry Peskov said the deployment of Western tanks would trigger “unambiguously negative” consequences.

Defense leaders from the …read more

Tammy Slaton in ‘1000-Lb. Sisters’ Season 4 | TLC’s 1000-Lb. Sisters Season 4 continues to show the lives of Amy and Tammy Slaton. The first episode of the season showed Tammy getting rushed to the hospital, and she had to get a tracheotomy inserted to help her breathing. In season 4 episode 2, she’s told […]

L-R: Melissa Rauch, John Larroquette, and India de Beaufort | Jordin Althaus/NBC/Warner Bros. Television Night Court star and Executive Producer NBC shows used to have the best theme songs. There was Family Ties, Cheers, Frasier and Punky Brewster with lyrics. The Night Court theme song was all instrumental, but it was equally memorable. In a […]