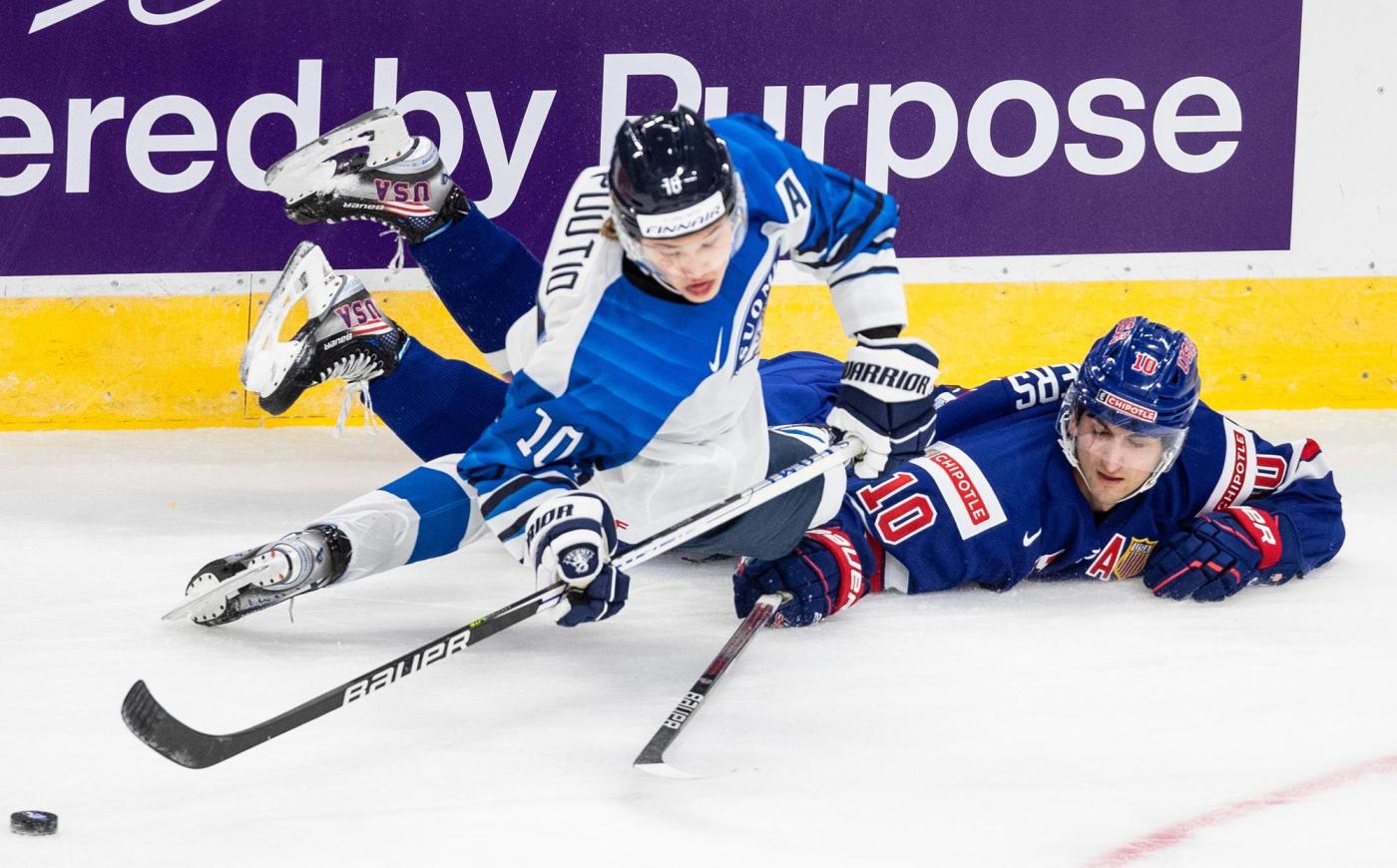 By STEPHEN WHYNO | The Associated Press

Matty Beniers called his parents to ask them to answer a group FaceTime request so he could deliver some big news.

Of course that’s how the 19-year-old would tell loved ones he’s going to the Olympics.

Beniers was one of 15 college players named Thursday to the U.S. Olympic men’s hockey roster, a significant increase from 2018 when the NHL also opted not to participate. All 25 players named to the team went through the college ranks.

“It speaks volumes to how good college hockey is and not just one league: It’s pretty much across three or four different leagues,” said Beniers, the No. 2 pick of the 2021 draft to the Seattle Kraken. “There’s a lot of great players, and college hockey’s really good. I think it gets overlooked sometimes. It’s tough, it’s big, it’s fast, it’s hard and I think it prepares you well for the next level.”

Beniers, Michigan teammate Brendan Brisson and 2020 No. 5 pick Jake Sanderson of the Ottawa Senators headline the college players on the U.S. roster, which general manager John Vanbiesbrouck said was not intended as training for the future.

USA Hockey believed going the heavy college route gives it the best chance to medal at the Olympics for the first time since 2010. None of the players were even half a decade away from being born the last time the U.S. won Olympic gold in 1980.

“We’re very fortunately to have good, young players,” Vanbiesbrouck said. “This is for the here and now. Not once were we thinking of a distant future.”

The U.S. skewed much younger than four years ago when Troy Terry, Ryan Donato, Jordan Greenway and Will Borgen were the only college players on a team made up of mostly older professionals playing in Europe. Donato led the U.S. in goals, Terry in assists, Greenway was one of the top all-around performers during the tournament and their contributions raised the trust level this time around for leaning on more college players.

That includes in net. Recent Michigan graduate Strauss Mann, who is playing in the Swedish Hockey League, is expected to be the starter.

“He’s kind of a brick wall back there,” Beniers said. “He’s a smaller goalie, but he is quick and hard to score on up top.”

Strauss is joined by Boston University’s Drew Commesso, who was a goaltender for the U.S. at the world junior championship, which was canceled four days in.

“Not everybody gets to be …read more

Khloé Kardashian’s on-and-off boyfriend, Tristan Thompson, has been involved in a paternity scandal. The basketball player was sued by a personal trainer named Maralee Nichols, who claimed he is the father of her newborn son. Thompson recently admitted to being the father, and now some people are wondering about the amount of child support he […]

Jennifer Lawrence Was Embarrassed to Star in This Horror Movie: ‘You Guys Must Have Missed That One, Right?’

Jennifer Lawrence | DAMIEN MEYER/AFP via Getty Images Winter’s Bone sees a gritty side to Lawrence that isn’t the tone in her performances moving forward. She starred in quieter independent films such as Like Crazy and The Beaver. Lawrence reached more mainstream audiences by playing Mystique in X-Men: First Class and Katniss in The Hunger […]

‘This Is Us’ Season 6: Dan Fogelman Reveals He Hasn’t Written the Series Finale Yet, ‘I Don’t Like to Think About It Too Much’