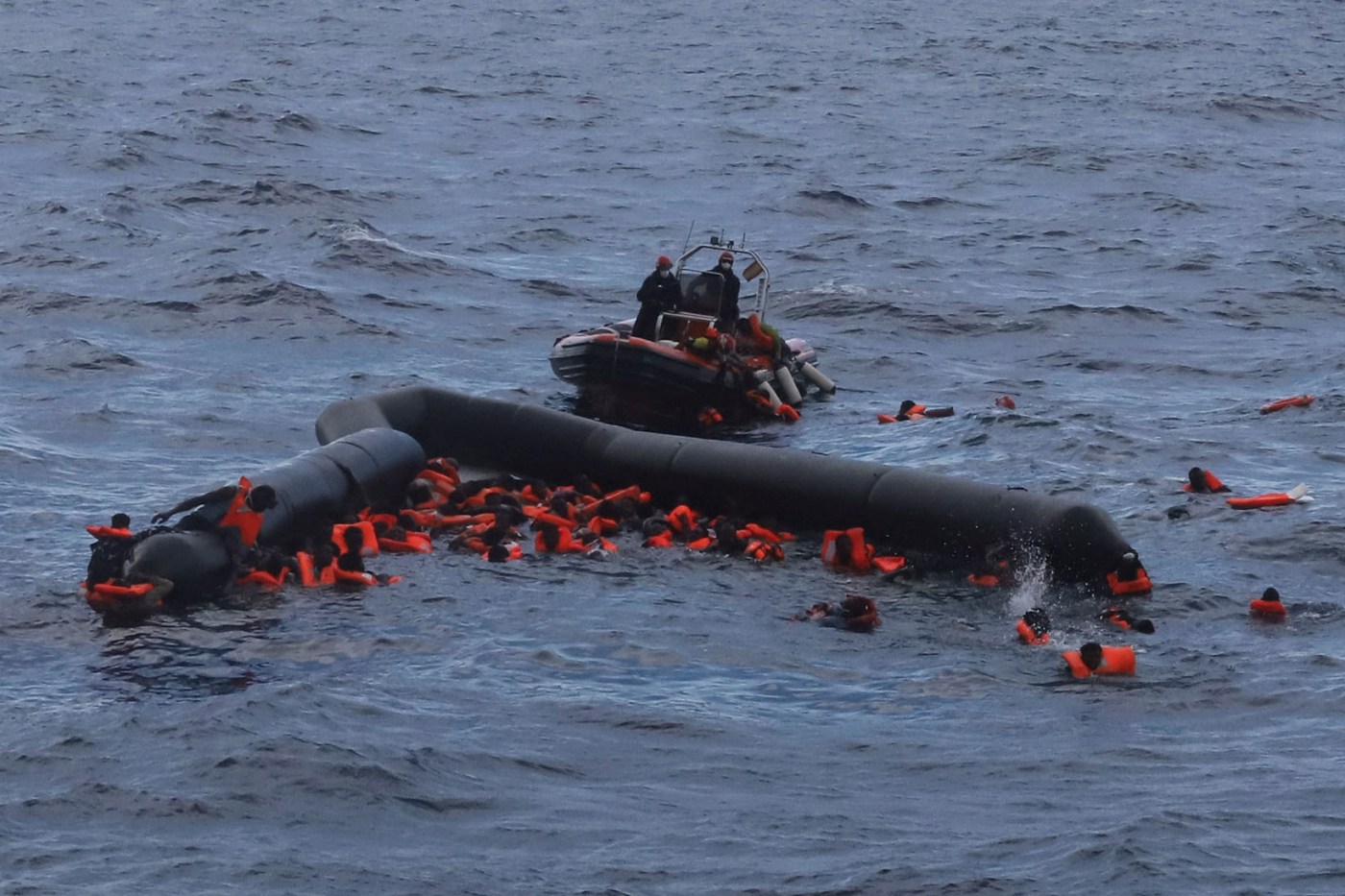 CAIRO — At least 74 migrants drowned after their Europe-bound ship capsized off the coast of Libya on Thursday, the U.N. migration agency said, in the latest in a series of at least eight shipwrecks in the Central Mediterranean since last month.

The boat was carrying over 120 migrants, including women and children, when it capsized off the coast of the Libyan port of al-Khums, said the International Organization for Migration. Only 47 people were rescued by the Libyan coast guard and fishermen and brought to shore.

So far 31 bodies were retrieved as the search for the remaining victims continued, added the IOM.

In the years since the 2011 uprising that ousted and killed longtime dictator Moammar Gadhafi, war-torn Libya has emerged as the dominant transit point for migrants hoping to get to Europe from Africa and the Middle East. Smugglers often pack desperate families into ill-equipped rubber boats that stall and founder along the perilous Central Mediterranean route. At least 20,000 people have died in those waters since 2014, according to the IOM.

“The mounting loss of life in the Mediterranean is a manifestation of the inability of States to take decisive action to redeploy much needed, dedicated Search and Rescue capacity in the deadliest sea-crossing in the world,” said Federico Soda, IOM Libya Chief of Mission.

On Tuesday, 13 African migrants including three women and one child had drowned in a similar shipwreck off the Libyan coast.

The IOM said that it had noticed a recent surge in the number of departures from the Libyan shores, with over 780 arrivals in Italy since the beginning of October. More than 11,000 migrants had been intercepted and returned to Libya, where they face the risk of human rights violations and detention, read the IOM statement.

“IOM maintains that Libya is not a safe port for return and reiterates its call on the international community and the European Union to take urgent and concrete action to end the cycle of return and exploitation,” added the statement.

Raiders safety Jeff Heath celebrated the five-year anniversary of the only two-interception game in his entire career in appropriate fashion on Sunday. He picked off two more passes, of course. Heath’s pair of interceptions helped the Raiders defense come up with five turnovers — doubling their NFL-worst total — in setting the tone during a […]

SAN FRANCSICO — It has been nine months since federal authorities rounded up 17 suspected MS-13 members were rounded up and hit with racketeering charges alleging assaults on rival gangs, and attempts to “tax” drug dealers within the city. But while the defendants spend their time in Santa Rita Jail, still legally presumed innocent, not […]

Trial slated for man in slaying allegedly plotted with teen

WILKES-BARRE, Pa. (AP) — Opening statements are scheduled Monday in the northeastern Pennsylvania trial of a man accused of having killed a man in a robbery prosecutors allege was plotted in collaboration with a teenage girlfriend. Thirty-three-year-old Reynaldo Mercado is charged with criminal homicide, burglary, robbery, conspiracy, theft, arson, abuse of a corpse and evidence-tampering […]