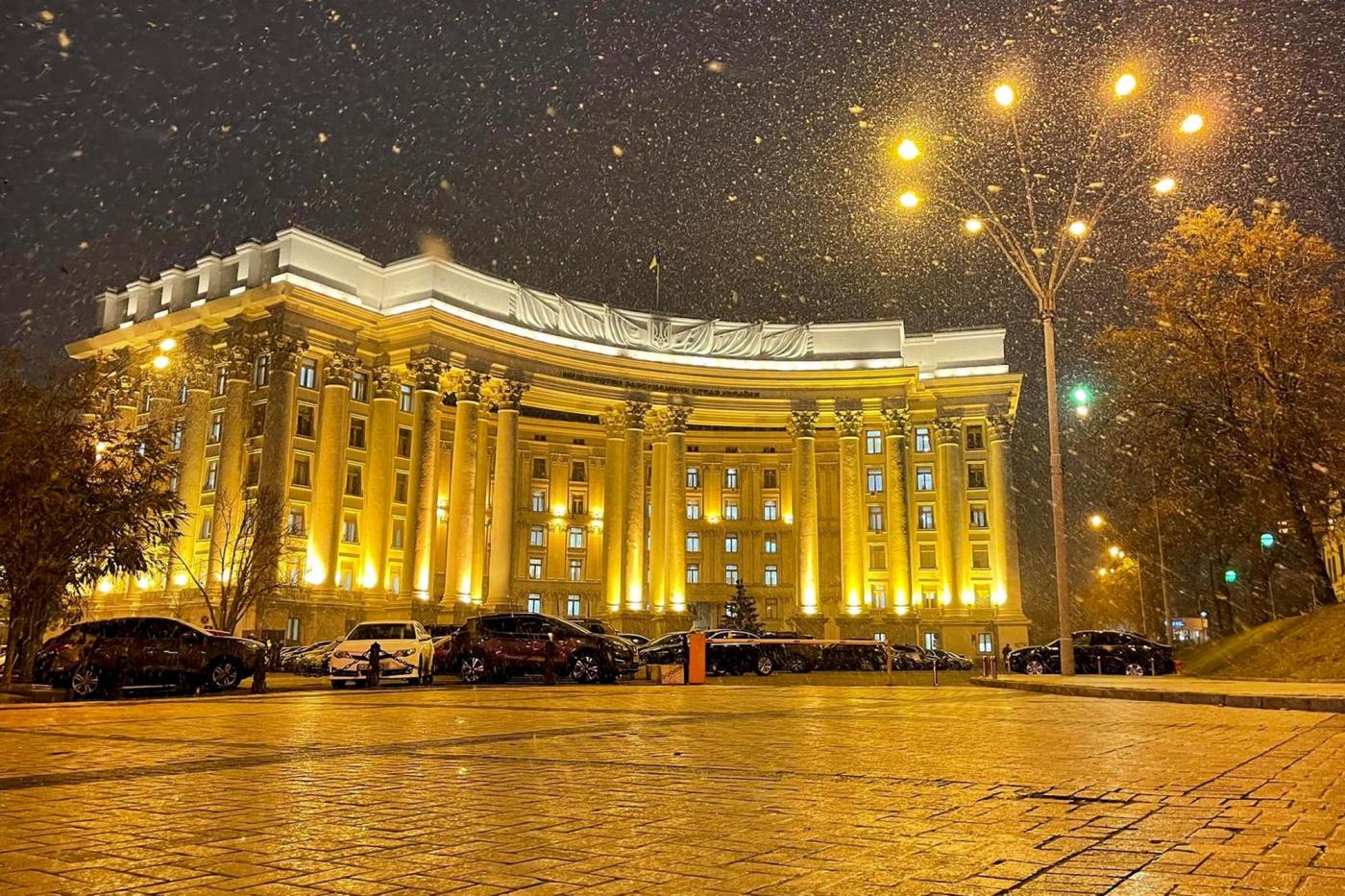 KYIV, Ukraine (AP) — Hackers on Friday temporarily shut down dozens of Ukrainian government websites, causing no major damage but adding to simmering tensions while Russia amasses troops on the Ukrainian border. Separately, in a rare gesture to the U.S. at a time of chilly relations, Russia said it had arrested members of a major ransomware gang that targeted U.S. entities.

The events, though seemingly unrelated, came during a frenetic period of activity as the U.S. publicly accused Moscow of preparing a further invasion of Ukraine and of creating a pretext to do so. They underscored how cybersecurity remains a pivotal concern — that the escalating animosity risks not only actual violence but also damaging digital attacks that could affect Ukraine or even the U.S.

The White House said Friday that President Joe Biden had been briefed on the disruptions, which targeted about 70 websites of national and regional government bodies, but it did not indicate who might be responsible.

But even without any attribution of responsibility, suspicions were cast on Russia, with its history of peppering Ukraine with damaging cyberattacks. Ukraine’s Security Service, the SBU, said preliminary results of an investigation indicated involvement of “hacker groups linked to Russia’s intelligence services.” It said most of the websites had resumed operations, and that content was not altered and personal data not leaked. The SBU said the culprits “hacked the infrastructure of a commercial company that had access, with administrator privileges, to websites affected by the attack.”

The White House said it was still assessing the impact of the defacements but described it as “limited” so far. It did not immediately comment on a separate, and curious, development — the arrests by Russian intelligence officials of alleged ransomware gang members, an operation Moscow said was done at the request of U.S. authorities.

Russia’s past cyber operations against Ukraine include a hack of its voting system before 2014 national elections and of its power grid in 2015 and 2016. In 2017, Russia unleashed one of the most damaging cyberattacks on record with the NotPetya virus, which targeted Ukrainian businesses and caused more than $10 billion in damage globally. Moscow has previously denied involvement in cyberattacks against Ukraine.

Ukrainian cybersecurity professionals, aided by the U.S., have been fortifying the defenses of critical infrastructure ever since. NATO Secretary-General Jens Stoltenberg said Friday the alliance will continue to provide “strong political and practical support” to Ukraine in light of the cyberattacks.

Experts say Russian President Vladimir Putin could use cyberattacks to destabilize Ukraine and other ex-Soviet countries that wish to join NATO without having to commit troops. Tensions between Ukraine and Russia are high, with Moscow amassing an estimated 100,000 troops near its extensive border with Ukraine.

“If you’re trying to use it as a stage and a deterrent to stop people from moving forward with NATO consideration or other things, cyber is perfect,” Tim Conway, a cybersecurity instructor at the SANS Institute, told the AP last week.

The main question for the website defacements …read more

Chris McNally and Erin Krakow in the ‘When Calls the Heart’ Season 8 finale | ©2021 Crown Media United States LLC/Photographer: RELATED: ‘ When Calls the Heart star Erin Krakow promises that season 9 of the Hallmark Channel series will feature plenty of romance – plus a few “steamy” scenes – when it airs in […]

‘The Handmaid’s Tale’: Ann Dowd Teases the First Episode of Season 5 Is ‘Fantastic’

Halsey Says a Collaboration With Bad Bunny ‘Has Been Discussed’

Halsey | Axelle/Bauer-Griffin/FilmMagic Halsey told fans a collaboration with Bad Bunny ‘has been discussed’ On Jan. 6, Halsey told fans about one of their pregnancy cravings. After doing so, the singer shared a tweet in Spanish. “first of all…chilaquiles estan mojados! no esta seco! y también delicioso. mi nachos fue triste… okay?” Halsey wrote on […]