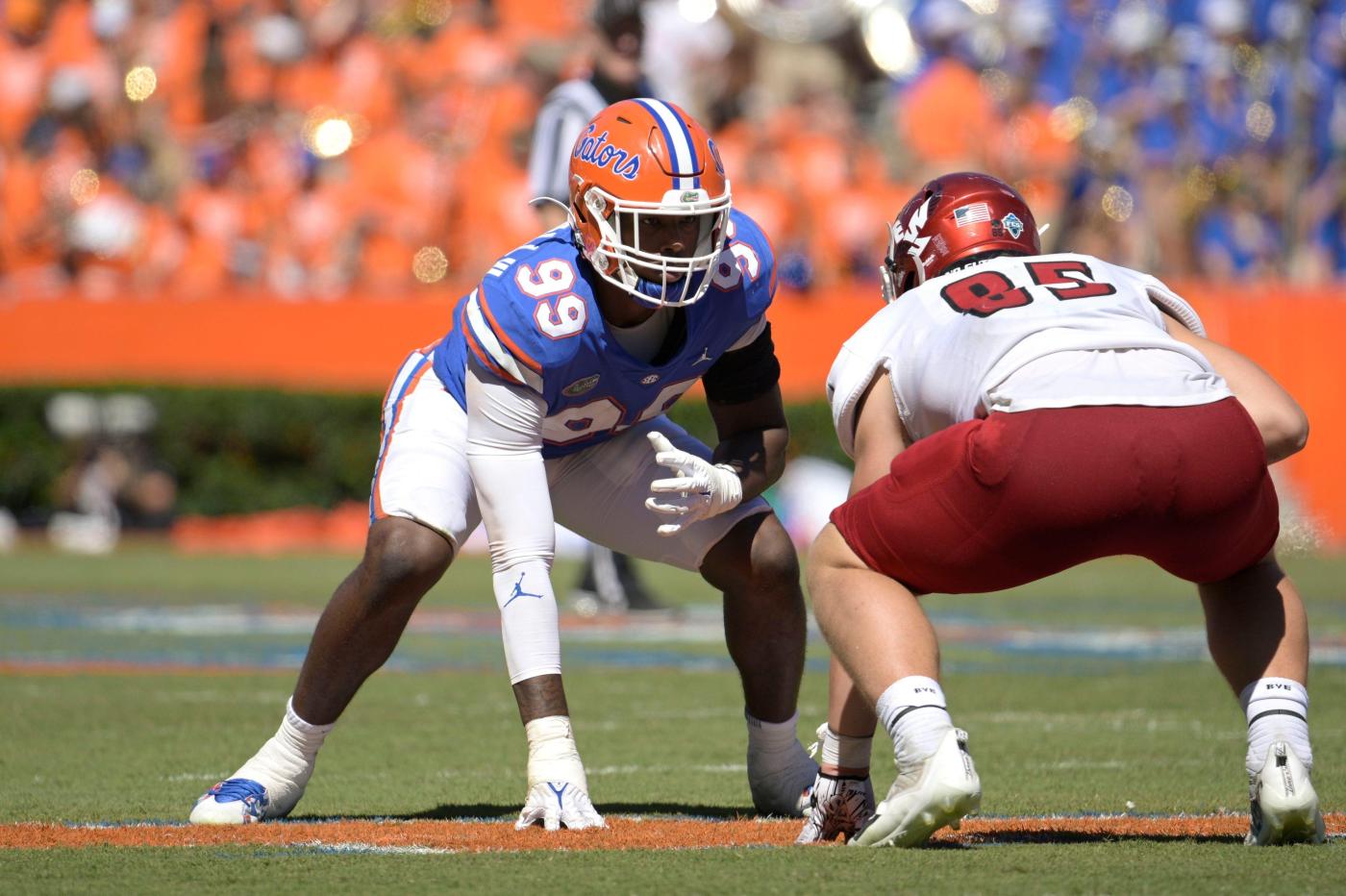 Florida’s roster remake under Billy Napier focused on several position groups during the past six weeks, none more than the offensive line.

Offensive tackle Kiyaunta Goodwin’s transfer from Kentucky was the latest big catch from the transfer portal.

247Sports rated Goodwin the nation’s No. 6 offensive tackle and 38th overall prospect in the 2022 class, making him the highest-ranked player ever to commit and sign with the Wildcats. The 6-foot-8, 340-pound Goodwin, Baylor transfer guard Micah Mazzccua and Alabama transfer tackle Damieon George arrive as the Gators push to replace three starters from 2022.

All-American guard O’Cyrus Torrence left for the NFL while guard Ethan White and tackle Michael Tarquin, both natives of Florida, each transferred to USC.

Napier and his staff signed 10 players since the transfer portal allowed athletes to enter Dec. 5 until Jan. 18. Florida signed three from the AAC, including Carroll and Nunnery, three from the Big Ten, two from the SEC and one each from the ACC and Big 12.

The 2023 team currently has 84 scholarship players, one below the NCAA limit by the season opener against Utah. Teams can carry more players until then.

The Gators are on track to replace 12 starters following draft decisions, transfers and the expiration of eligibility.

Players in the portal can still sign with school, but no one can enter until a 15-day spring period May 1-15.

Resumé: George was a 4-star prospect out of Houston in 2020, rated the nation’s No. 31 offensive tackle and and No. 390 overall prospect.

Role: George played only during the first two games in 2022, wins against Utah State and Texas. In 2021, George appeared 12 games, including starts at right tackle during the final three regular-season games against New Mexico State, Arkansas and Auburn.

Outlook: Offensive line might be the highest priority following the transfer of veterans Ethan White and Michael Tarquin and the addition of just three O-linemen in the 2023 class. Georgia could step in for Tarquin at right tackle.

Resumé: Mazzccua was a 3-star prospect out of Philadelphia in 2020, rated the nation’s No. 54 guard and and No. 832 overall prospect.

Outlook: Mazzccua aims to step into the role of road grader in the run game held last season by All-American guard O’Cyrus Torrence.

Resumé: A three-star prospect from Pearland, Texas, Nunnery was the No. 91 outside linebacker and No. 1,326 overall prospect in the class of 2019, per 247Sports composite rankings.

MOBILE — Tom Brady’s voice shook Wednesday morning when he said “I wouldn’t change a thing” as he announced his retirement “for good.” It was difficult in that moment not to wonder about Brady the human being, about the personal cost of his determination to play until age 45, about whether he actually would change […]

SAN JOSE — Team USA is ushering in a new generation of figure skaters. That means the U.S. National Figure Skating Championships in San Jose have been filled with new faces to watch and new feats to behold. Isabeau Levito, 15, narrowly won the women’s singles championship on Friday night and officially positioned herself as […]