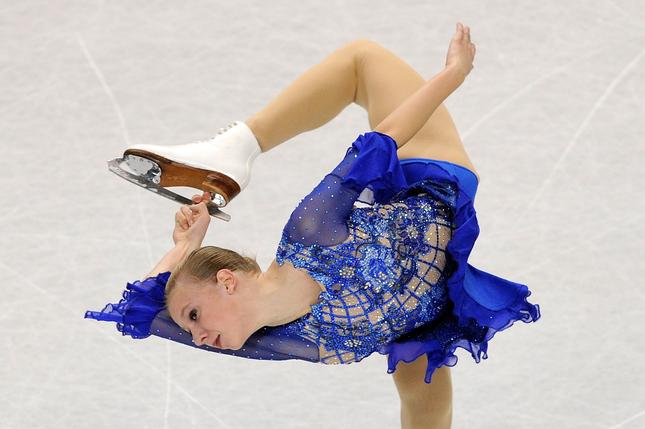 SAN JOSE — The Bay Area has a long and rich history of figure skating stars from Peggy Fleming and Kristi Yamaguchi to Brian Boitano and Rudy Galindo. But when the US. National Figure Skating Championships begin this week in San Jose, the most recognizable local name will be the event site.

Gracie Gold will grace the ice at SAP Center, continuing her comeback from a mental health pause. Olympic bronze medalist Bradie Tennell will compete for her second Olympic run. Other top attractions include Ilia Malinin, the 18-year-old dubbed the “Quad God” after becoming the skater  in history to land a quad axel in competition; Isabeau Levito, the 15-year-old phenom and 2022 Junior World champion and the 2018 U.S. Champion pair Alexa Knierim and Brandon Frazier.

It’s unusual not to have a Bay Area name on the marquee, but as Yamaguchi, the 1992 Olympic gold medalist from Hayward, points out: “It’s unusual that the Bay Area has produced such a legacy of Olympic team skaters.”

You’d have figured Alysa Liu to be here this week, but the Richmond teen abruptly retired after the 2022 Olympics. Karen Chen, the Fremont native who won silver as part of Team USA in 2022, hasn’t participated in recent events as she focuses on her studies at Cornell University. Vincent Zhou, an Olympian born in San Jose and reared in Palo Alto, is studying at Brown University. Polina Edmunds, a 2014 Olympian who grew up in San Jose and attended Santa Clara University, retired from competition at the onset of the pandemic.

Still, she will be around all week, as will Yamaguchi and Boitano.

“That’s kind of the best part about making it big in skating is the fact that the community here is so big and everyone is really cheering for each other,” Edmonds said.

Edmonds grew up competing next to fellow Olympians such as Chen and Zhou, but has always been inspired by the area’s long lineage of figure skating greats. And she didn’t have to just watch old YouTube clips to get close to her fellow Bay Area skaters; Fleming, Yamaguchi, Boitano and Galindo were always around, watching her compete.

Galindo was Edmonds’ choreographer from 2014 until her retirement. And she credits advice Boitano gave her to help land her signature combo, the triple Lutz triple toe, after competition when she was 11: No matter how you land, you have to do it.

In other words, Edmonds said, under immense pressure of competition, you have to be able to land any jump. A simple concept for the observer, but a mental and physical hurdle for skaters. It was just one instance in which Edmonds felt the special bond that comes with being a Bay Area-born skater.

“It stuck with me and inspired me to know that these skating greats knew who I was,” she said. “I knew I was from their area, and they were cheering me on.”

Perhaps Edmonds, or one of the others, will be that person for a young skater this week.

Scott Baio of ‘Happy Days’ and Mary McDonough of ‘The Waltons’ on ‘Circus of the Stars’ | CBS via Getty Images Circus of the Stars was a CBS variety show featuring celebrities performing circus acts. It debuted in 1977 and aired annually until 1994. McDonough – known for playing Erin Walton on The Waltons – […]

An Orange County judge accepted a plea deal Thursday and set a sentencing date in the case of Zac Stacy, a former NFL football player who was arrested in late 2021 after he was caught beating the mother of his child in a viral video. Stacy, 31, pleaded guilty to two counts of criminal mischief, […]

Campbell crime report for the week of Feb. 3

Jan. 16 6:20 a.m. in the 800 block of Sharmon Palms Lane: Two suspects pried opened community mailboxes and stole mail, then fled in a white or silver sedan. 10:57 a.m. in the 2300 block of South Winchester Boulevard: A woman, 25, was reported as drinking alcoholic beverages in front of a store. She provided […]