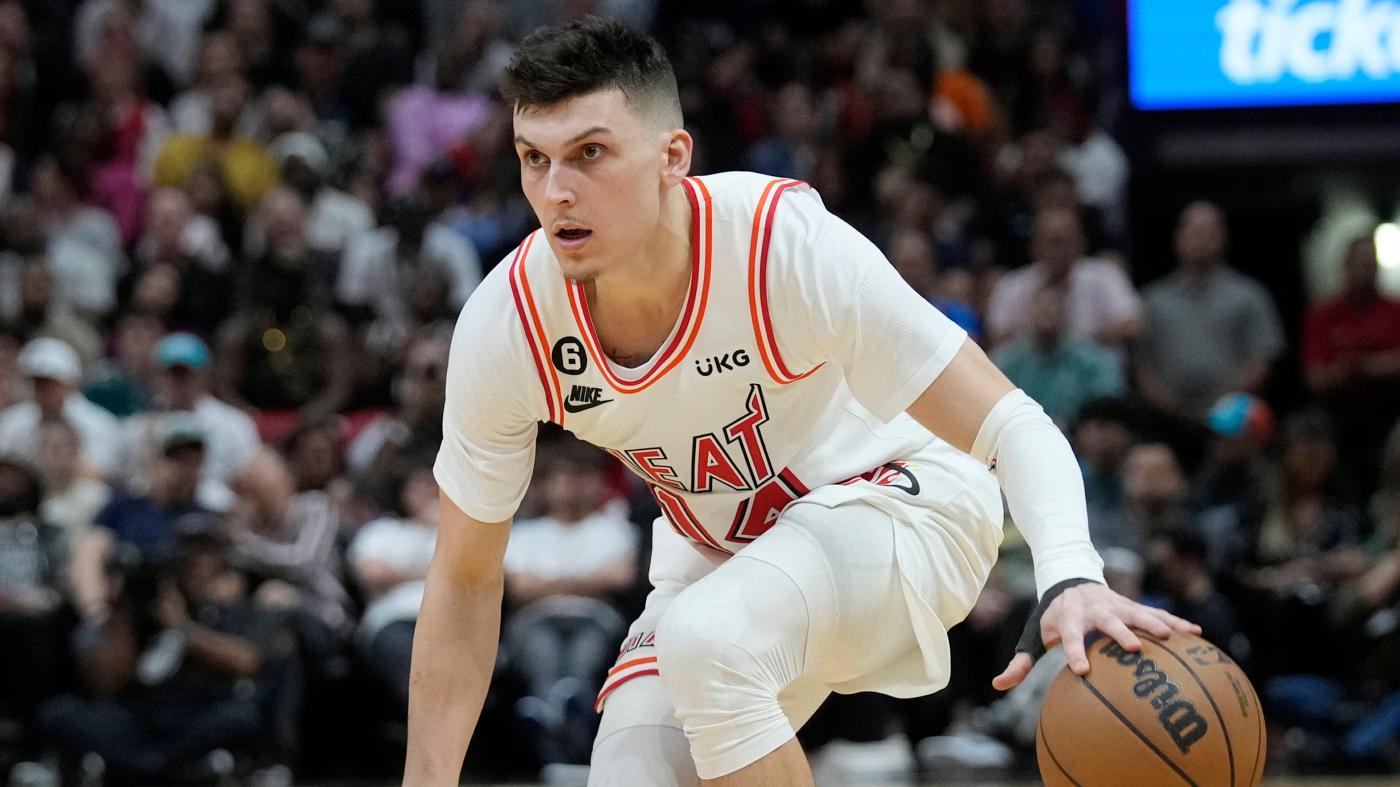 There were dual victories Tuesday for Erik Spoelstra. Not only did his team get the win against the Boston Celtics, but the Miami Heat coach secured a valuable teaching point.

Because on a night Tyler Herro was awful with his shooting, the fourth-year guard was spot on at the moments of truth in what turned into a 98-95 victory.

Such as a key late assist for a Haywood Highsmith 3-pointer, a pull-up 3-pointer in transition, the assist on Bam Adebayo’s go-ahead basket with 20.4 seconds to play, and a steal with 1.2 seconds left when Boston was down two with a chance to tie or go ahead.

“Tyler made some big plays down the stretch,” Spoelstra said.

All while having the perseverance to push through a 4-of-19 night from the field that included 1-of-7 3-point shooting.

No, Herro couldn’t make a shot. But with the game on the line, he also didn’t miss a beat.

That had Herro able to discuss stepping up, rather than shots that didn’t go down.

The assist to Adebayo was one of his six, with his second moving him past Rory Sparrow for 20th on the Heat all-time list. It came out of a double team.

“I mean, I’m expecting it now,” Herro said of the attention. “I’m surprised if I don’t see some sort of double or something. So I’m coming into the game with the mindset of being aggressive, but also being ready to make the right play if a trap or a double comes.”

As for the steal, Herro first made light of his reputation.

But at a moment of truth he did, picking off Jayson Tatum’s pass, one of seven Tatum turnovers.

“We were in zone, so I was up a little bit, knowing there was a guy in the corner,” Herro said. “I just wanted to be up higher, so if he did make that corner pass, I could play both. Even if I didn’t get the steal, I was there to close out.”

The irony is the Celtics opted to play in transition because they did not want the Heat to be able to make a defensive substitution and remove Herro, as Spoelstra did for the Heat’s final defensive sequence up three with sixth-tenths of a second to play.

“I’m sitting there and I’m saying if we call one, they get to their defensive lineup,” Celtics coach Joe Mazzulla said. “They may go zone, they may go man, you’re …read more

The 2015 film Spotlight made waves with viewers all around the world. The film, based on a true story, received widespread critical acclaim and introduced many to an investigative journalist team that dedicated their lives to exposing corruption within the Catholic Church. Actors Mark Ruffalo, Brian d’Arcy James, Michael Keaton, and Stanley Tucci pose with […]

Shakira & Beyoncé | Kevin Mazur/WireImage Beyoncé and Shakira collaborated for ‘Beautiful Liar’ In the mid-2000s, Beyoncé and Shakira were two of the biggest pop stars in the world, with No. 1 hit singles to their name such as “Baby Boy” and “Hips Don’t Lie.” Beyoncé‘s performance at the grand opening of Atlantis The Royal […]

Three years after the first COVID cases were detected in the Bay Area, a vexing question persists that can no longer be explained by the terrifying arrival of a deadly novel coronavirus: Why are so many people still dying? Since 2020, California has recorded 130,000 more deaths than in the three previous years, a nearly […]