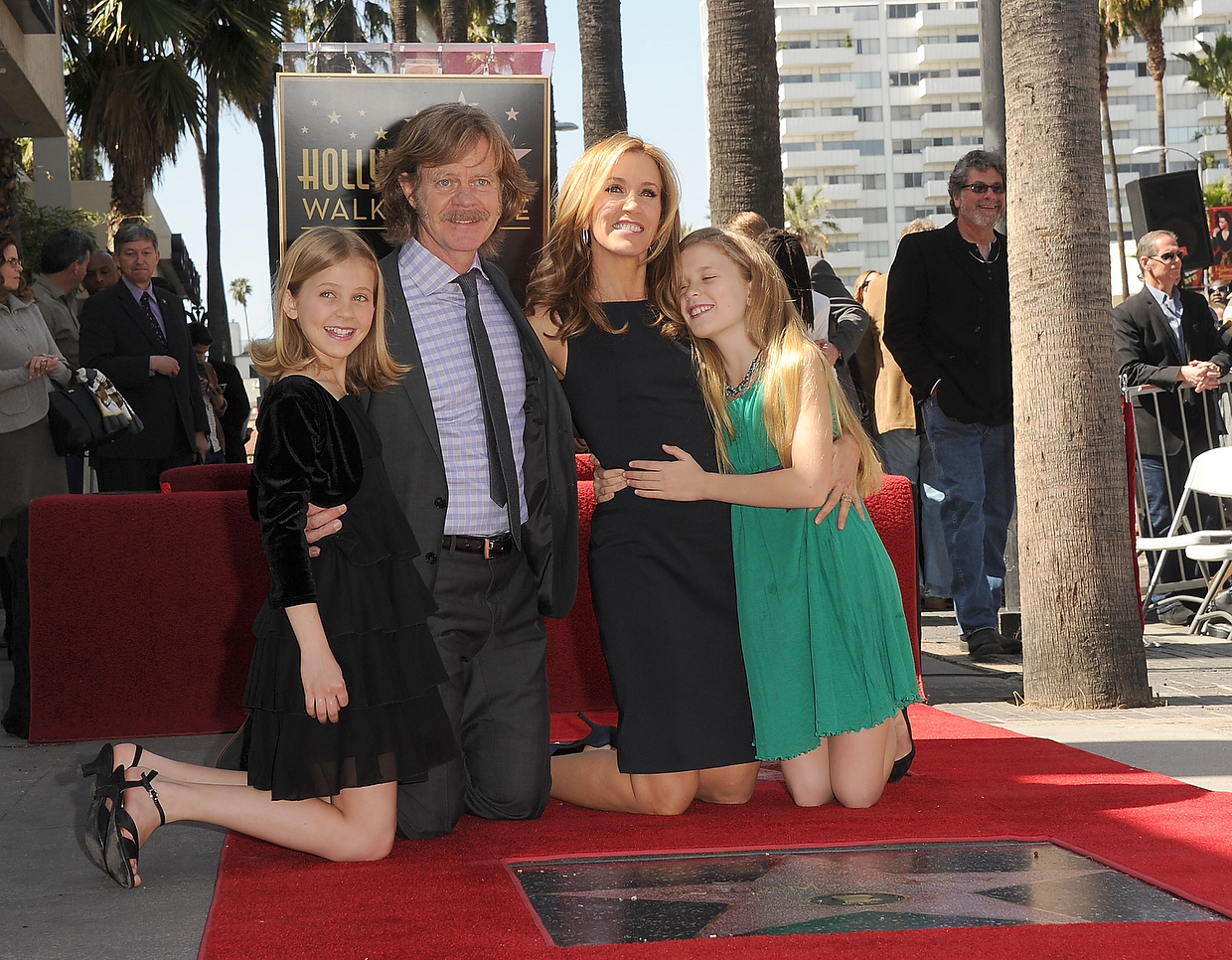 It’s almost as if the college admissions scandal never happened to Felicity Huffman and her family because 10 months after her arrest her oldest daughter, Sophia Macy, has landed a plum role in a new TV show.

CBS announced that it had cast Sophia, 19, in the second season of “The Twilight Zone,” its reboot of the classic series hosted by Jordan Peele. Sophia, many people remember, was involuntarily connected to the scandal after her TV actress mother was charged with paying a $15,000 bribe to have her SAT score illegally boosted.

Just four months ago, Sophia’s actor father, William H. Macy, described in a letter to the court that his aspiring actress daughter had been “devastated” by the events surrounding her mother’s arrest, prosecution and 11-day imprisonment. The high school graduate was so devastated that she temporarily gave up on the idea of going to college so that she could take a gap year and “regain her equlibrium.”

So, this reversal of fortune for Sophia is pretty stunning. Just out of high school, and without going to college, she’s already getting a head start on a lucrative, fulfilling career.

Such fortune may be par for the course for a child of a rich and famous criminal defendant, even for one who pleaded guilty and apologized. To many people who thought Huffman got off easy with her 11-day prison stay, Sophia’s new TV gig offers yet another sign that justice isn’t dispensed equally to the rich and poor in this country.

Many people on social media reacted to Sophia’s casting news with predictable snark, as well as anger at what they see as another example of a “rigged” system and of a famous criminal — and her family — suffering few, if any, consequences of her actions.

“Rich people failing up,” tweeted one person. “Must be nice to suffer zero consequences,” tweeted another.

“The law is only for us peasants. It’s almost like being born into a rich white family is a talent in America. Sad,” tweeted another.

It’s certainly not typical for the children of criminal defendants, who don’t have Huffman’s and Macy’s resources, to fare so well after their parents’ arrest and incarceration.

These children are called the “hidden victims” of the criminal justice system, according to a National Justice of Institute report. They number up to 2.3 million nationally — children who have had a parent in jail or prison at some point in their young lives.

Like Sophia, they are innocent of their parents’ crimes. But many face long-term documented risks of increased anxiety, depression and anti-social behavior. They also are more likely to get kicked out of school, have low educational attainment, suffer economic hardship, lack stable housing and get involved in crime themselves.

It could be said that Sophia has a few things in common with the children of less-affluent defendants.

For example, she was asleep when law enforcement, “with guns drawn,” came into her family’s home early in the morning to arrest one of her parents.

In Macy’s letter to the court, …read more

Selena Gomez Calls Dating in Hollywood ‘Cliché’: ‘Problem Is You’re Having a Relationship for’ Others

Selena Gomez is opening up about public scrutiny of her love life. During an interview with Zane Lowe on Apple Music’s Beats 1 that was released on Friday, the same day as her new album, Gomez discussed dating in the public eye. The 27-year-old singer’s new album, Rare, features upbeat breakup and self-love anthems that […]

Stranger Things Star Dacre Montgomery’s Girlfriend Liv Pollock: What to Know About Her

Dacre Montgomery has a sweet date by his side at Sunday’s Screen Actors Guild Awards. The Australian actor, known for his portrayal of Billy Hargrove in Stranger Things, walked the red carpet with his girlfriend, Liv Pollock. Both looked elegant for the awards show. Montgomery, 25, wore a classic white tuxedo with a white button-down […]

Hailey Bieber Just Broke Down Her $995 Skincare Routine (Here’s Where to Buy Every Product!)

From her lust-worthy wardrobe, to her custom lace, off-the-shoulder wedding gown by designer Virgil Abloh, to her cute matching underwear with husband Justin, it’s safe to say that Hailey Bieber has an enviable sense of style. But besides serving up serious outfit inspo on the regular, there’s another reason we’re inspired by the model — […]