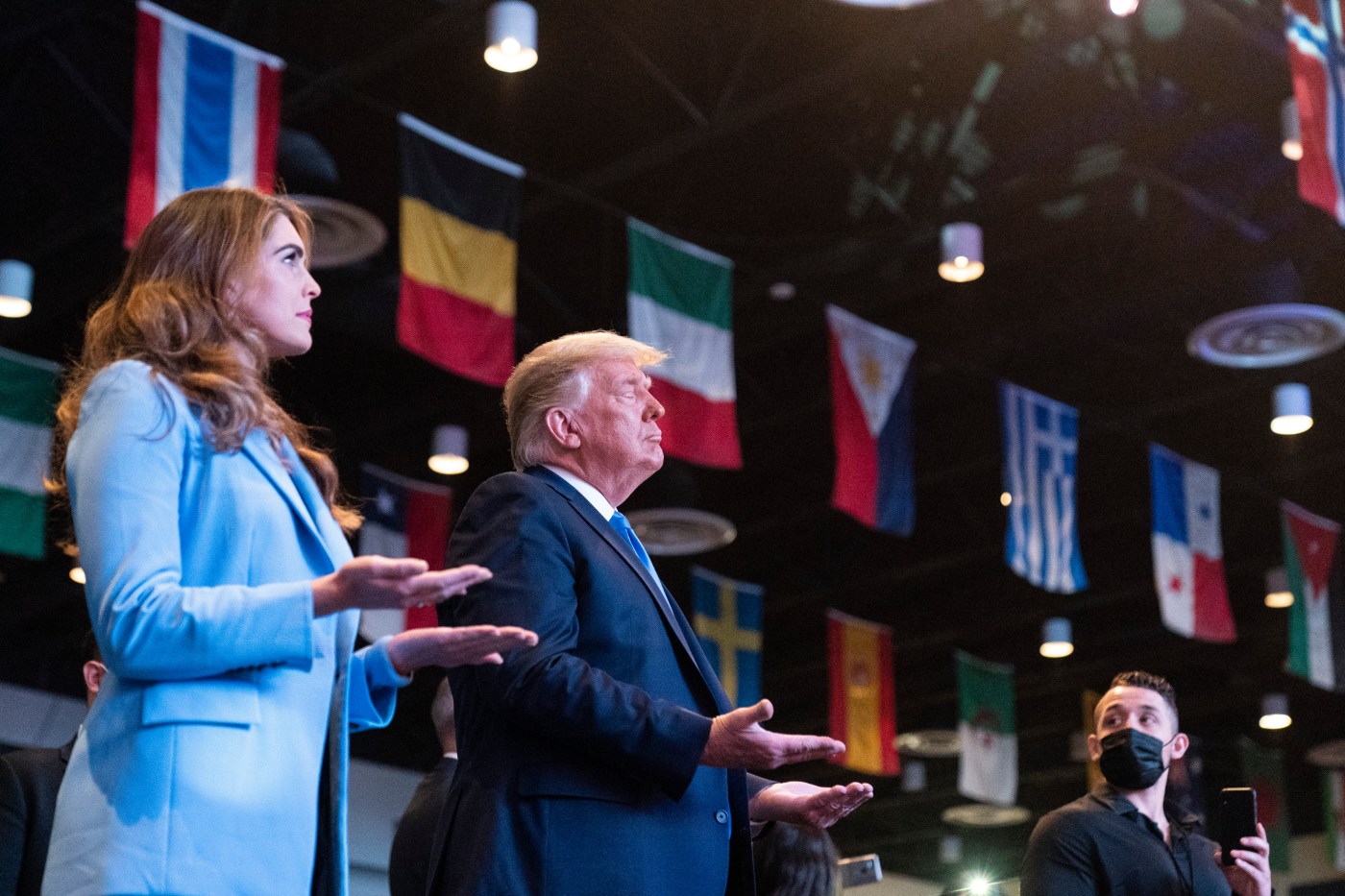 By Brian Slodysko, Jill Colvin and Will Weissert | Associated Press

LAS VEGAS — President Donald Trump and Democratic rival Joe Biden went on offense Sunday, with each campaigning in states they are trying to flip during the Nov. 3 election that is just over two weeks away.

Trump began his day in Nevada, making a rare visit to church before a fundraiser and an evening rally in Carson City. Once considered a battleground, Nevada hasn’t swung for a Republican presidential contender since 2004.

Biden, a practicing Catholic, attended mass in Delaware before campaigning in North Carolina, where a Democrat hasn’t won in the White House race since Barack Obama in 2008.

Both candidates are trying to make inroads in states that could help secure a path to victory, but the dynamics of the race are remarkably stable. Biden enjoys a significant advantage in national polls, while carrying a smaller edge in battleground surveys.

With Trump seated in the front row at the nondenominational International Church of Las Vegas, the senior associate pastor, Denise Goulet, said God told her the president is the apple of his eye and would secure a second term.

“At 4:30, the Lord said to me, ‘I am going to give your president a second win,’” she said, telling Trump, “you will be the president again.”

Trump offered brief remarks, saying “I love going to churches” and that it was “a great honor” to attend the service. The president also said that “we have a group on the other side that doesn’t agree with us,” and he urged people to “get out there on Nov. 3 or sooner” to vote. He dropped a wad of $20 bills in the collection plate before leaving.

Despite the pandemic, there were no efforts to social distance or limit singing, which health officials classify as a high-risk activity. Few attendees wore masks inside the church.

Trump also attended a fundraiser at the Newport Beach home of top GOP donor and tech mogul Palmer Luckey, which raised $12 million for his election. The Beach Boys performed.

The message was far different later in the day, when Biden attended a virtual discussion with African American faith leaders from around the country.

Biden held up a rosary, which he said he carries in his pocket every day, and described it as “what the Irish call a prisoner’s rosary” since it was small enough to be smuggled into prisons.

“I happen to be a Roman Catholic,” Biden said. “I don’t pray for God to protect me. I pray to God to give me strength to see what other people are dealing with.”

He noted that Trump had said at one of his rallies that the country had turned the corner on the pandemic.

“As my grandfather would say, this guy’s gone around the bend if he thinks we’ve turned the corner. Turning the corner? Things are getting worse,” …read more

For the second straight day, the Astros chased the A’s starting pitcher from the game with a five-run inning. Frankie Montas allowed just two baserunners through the first three innings of Thursday’s Game 4 of the American League Divisional Series, including one on an error. But the heart of the Astros’ order got to him […]

Opinion: Prop. 25 is not the solution to flawed cash bail system

As a public defender, community organizer, and retired judge/former Independent Police Auditor we care deeply about justice in the courts.  It is easy to agree that our current cash bail system has serious flaws.  But replacing a discriminatory cash bail system with an an even worse risk assessment-based system that creates more ways to keep […]