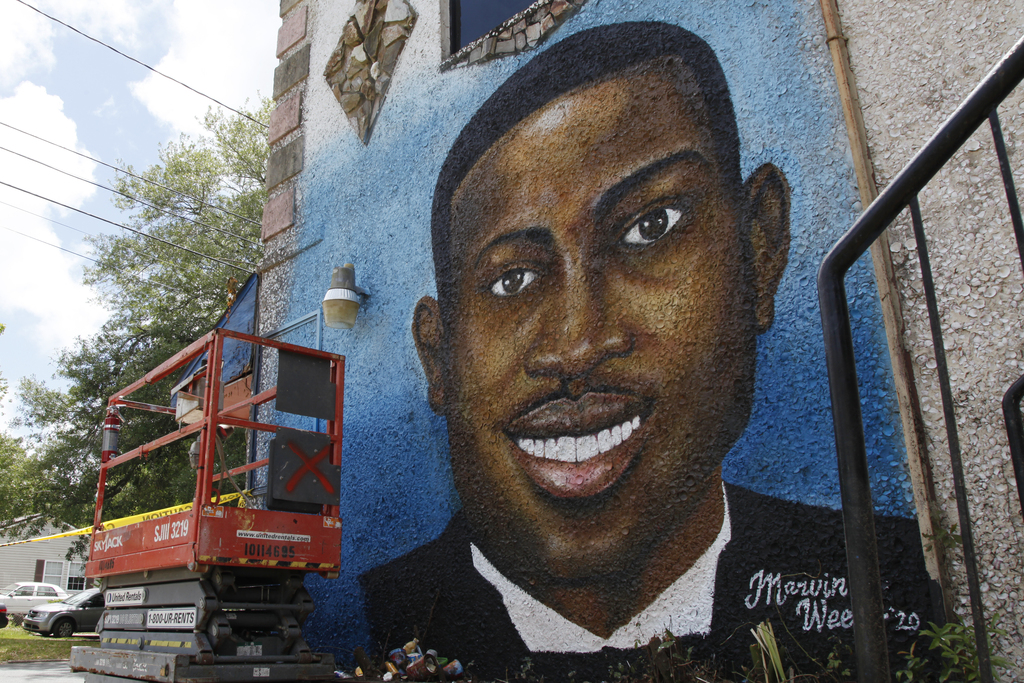 This will be updated, original story follows below.

BRUNSWICK, Ga. – A Georgia jury on Wednesday reached a verdict in the trial of three white men charged with murder for chasing and shooting a Black man named Ahmaud Arbery as he ran in their neighborhood.

The jury, in its second day of deliberations, earlier in the day asked to have cellphone video of Arbery, 25, being fatally shot played back three times. The jury later reached a verdict, a sheriff’s deputy said.

Travis McMichael, 35, his father Gregory McMichael, 65, and their neighbor William “Roddie” Bryan, 52, have pleaded not guilty to charges including murder, aggravated assault and false imprisonment for the killing in the Satilla Shores neighborhood just outside the coastal city of Brunswick on Feb. 23, 2020.

The video recorded by Bryan on his cellphone of Travis McMichael firing his pump-action shotgun at close range into Arbery became the most important evidence for the prosecution in the trial. The younger McMichael, the only defendant to take the witness stand, said he fired his shotgun at Arbery in self defense.

The jury also asked to hear again the 911 call made by Greg McMichael moments before the shooting in which he told the emergency operator that “there’s a Black male running down the street” and can be heard yelling at Arbery repeatedly to stop.

The jury, composed of 11 white men and women and one Black man, deliberated for more than six hours on Tuesday without reaching a verdict as the panel weighed evidence from the more than two dozen witnesses called during a trial of more than two weeks.

Jurors headed into the deliberations room at about 8:35 a.m. ET on Wednesday, the day before the U.S. Thanksgiving holiday. A little over an hour later they filed into the courtroom to see the video played three times in a row, as well as a high-contrast version of the video prosecutors presented during their case.

Defense lawyers have cited a Georgia law that allowed anyone to make a citizen’s arrest of individuals they have reasonable suspicion are fleeing a serious crime they committed. The law was repealed in the wake of Arbery’s killing.

The shooting happened after the defendants jumped in their pickup trucks and chased Arbery to detain him, they said, because they believed he might have been responsible for property crimes that had left the neighborhood on edge.

No evidence emerged that Arbery, an avid jogger, ever stole anything on his frequent runs through Satilla Shores. He was killed with nothing in his pockets, not even a cellphone or wallet.

Superior Court Judge Timothy Walmsley instructed the jurors before deliberations on Tuesday that someone can make a citizen’s arrest only if a crime has occurred “in his presence or within his immediate knowledge,” or if there is reasonable suspicion that the person has committed a serious felony and is fleeing …read more

Seven years after an estimated $600,000 was stolen from a safe at Joel Osteen’s Houston megachurch, envelopes full of money were found hidden in a bathroom wall there, the church has confirmed. The story of the Nov. 10 discovery came to light Thursday when a man identifying himself as a plumber called the Morning Bullpen […]

After months of rumors and speculation, fans can’t wait to revel in all the surprises Spider-Man: No Way Home brings. We already know some of Spider-Man’s foes from the multiverse will appear. And now, as revealed by Tom Holland, we also know that the superhero’s fight scenes will be more violent than expected.  The ‘Spider-Man: […]

Keeping Up With the Kardashians star Scott Disick made headlines in late 2020 when he started dating Lisa Rinna’s daughter Amelia Hamlin. However, the couple has since broken up, and Hamlin’s father, Harry Hamlin, recently commented on the situation. (L) Harry Hamlin | Tiffany Rose/WireImage, (R) Scott Disick and Amelia Hamlin | MEGA/GC ImagesWhen did […]