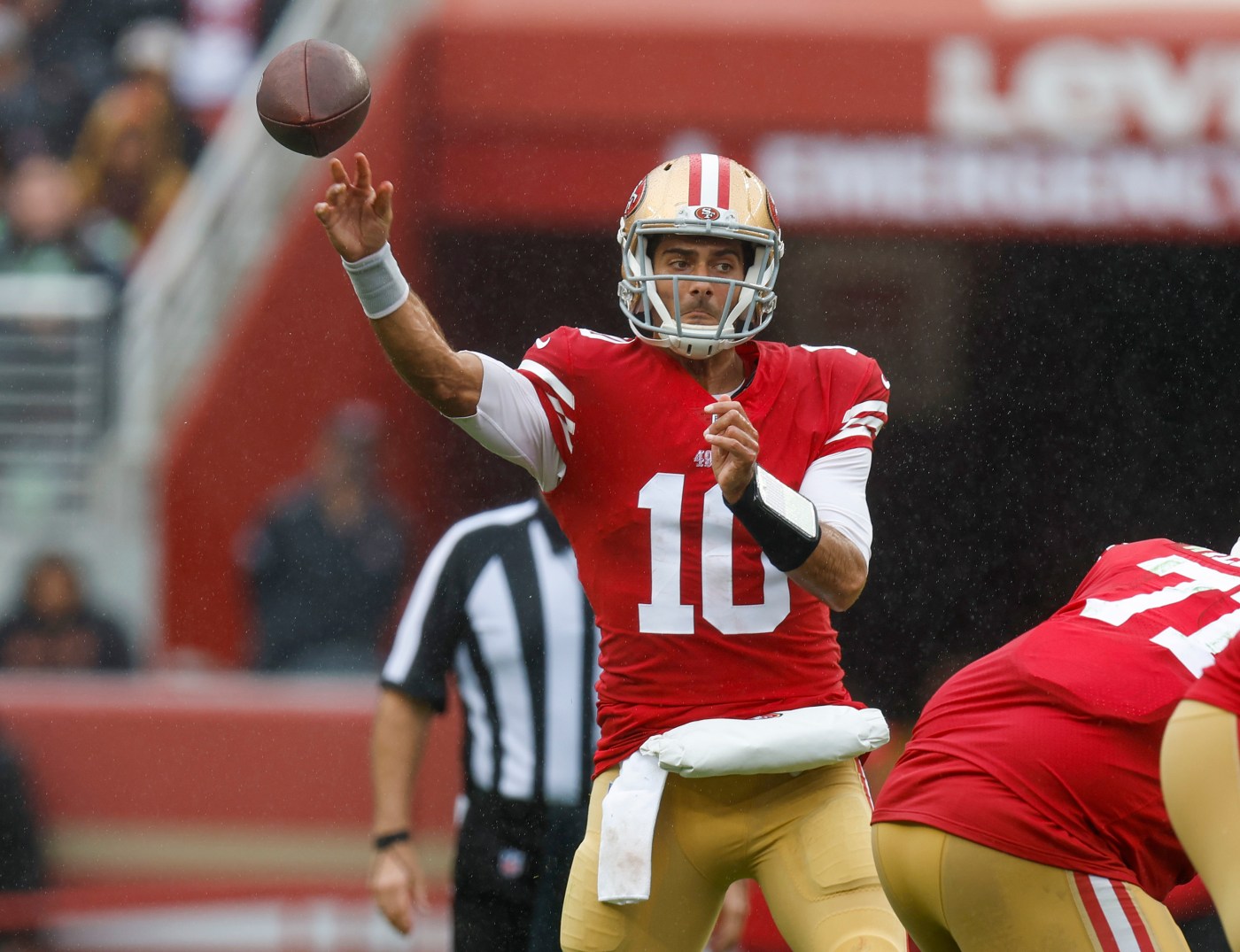 SANTA CLARA — Two practices into his reprisal as the 49ers’ starting quarterback, Jimmy Garoppolo took to the media podium Thursday and covered a slew of topics. Here are the top-five items he discussed:

“I’ve never been a backup and had a starter get hurt like that. It was a different experience but something you take in stride. Trey’s our brother. We talked to him the other day, and he seems to be in good spirits right now.

“I heard (Nick) Bosa’s presser (after Sunday’s win) and he worded it pretty well: There is a moment you feel your life is over and you feel, ‘I can never get back to where I was.’ But that passes. You have to hit a point where it does pass and you mentally move on from that.

“There will be hurdles to overcome. I’ve been around Trey a couple of years. He’s a tough dude. He’ll be alright.

“He’s already been in a couple of meetings with us through Zoom. Whatever you can do mentally. Physically it’s tough right now, but he’ll get back.”

2. On recapturing the 2017 feeling of pushing the ball down field:

“I love that. There’s a lot that go with that, obviously, but I love doing that stuff. In ’17, there was a freedom, where me, the receivers, tight ends, we had a good chemistry going. When you get that with offensive skills and a quarterback, it makes for a tough offense.

“… In ’17 I was learning the offense. Kyle called plays and I wouldn’t know exactly how to read it, but you figured it out as you went. The more and more you learn of the offense, I start to figure out what Kyle’s thinking, and vice versa.”

On if that freedom will continue this season:

“I don’t know. That’s a fair question. We’ll see that as we go forward. The more freedom you have as a quarterback, you play better, you’re more confident, and good things will happen.”

3. On his relationship with first-year quarterbacks coach Brian Griese:

“It’s tough to coach a quarterback. You’ve got to see it the same way as him, which a lot of guys think they do, but they don’t, maybe. He has the experience being on the field, being in those moments. It’s nice to have a guy like that around.”

4. On the Denver Broncos, Sunday’s hosts:

“They’re very physical up front. We know a couple of players – D.J. (Jones) and K’Waun (Williams); great playters. It goes across the board. They chase the ball. It will be tough but a good test.”

3 storylines to watch as the Nets enter training camp

Of all the seasons Nets GM Sean Marks has been in the running for Executive of the Year, this might be the year his peers tip their hats. Marks and team governor Joe Tsai stared an explosive situation in the face – a potential detonation of a championship franchise in the wake of Kevin Durant’s […]

Permanent SB9 regulations in the works in Los Gatos

More rules and regulations around lot splitting in Los Gatos could be coming soon. The Los Gatos Planning Commission worked through potential changes to permanently codify local regulations for Senate Bill 9 developments in town at its meeting Wednesday evening. Their recommendations will be presented to town council for final approval next month, when residents […]

Here’s how The Baltimore Sun sports staff views the outcome of Sunday afternoon’s Week 3 game between the Ravens and New England Patriots at Gillette Stadium in Foxborough, Massachusetts: Jonas Shaffer, reporter Ravens 24, Patriots 17: New England has invested heavily in its receiving corps, but this group doesn’t pose the same downfield threat that […]