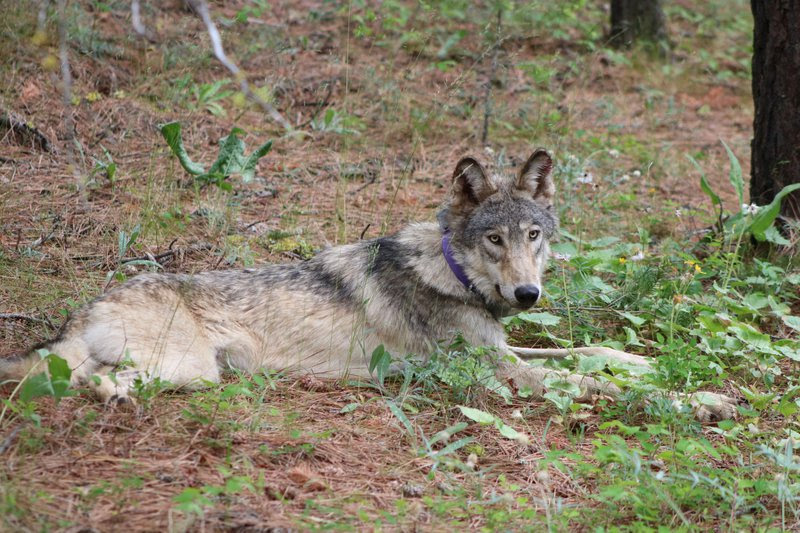 In a heart-breaking end to an epic journey, California’s most intrepid wolf was found dead earlier this month near Interstate 5 in Kern County, state wildlife officials announced Wednesday, killed by traffic after roaming deeper into the Golden State than any wolf in a century.

The carcass of the grey wolf, a young male named OR-93, was spotted by a truck driver on the edge of a Tejon Pass mountain town, east of Santa Barbara, according to the California Department of Fish and Wildlife.

Born near Mount Hood in the Cascades of northern Oregon, the wolf set off last January on a lonesome journey across 18 California counties, traveling more than 1,000 miles, averaging 16 miles per day.

He was last reported in Ventura County in October, where wolves hadn’t been spotted since the 1920s.

“It’s such a tragic end to this animal’s existence,” said Wendy McIntyre, professor of environmental studies at the University of Redlands, who studies wolf re-introduction on public lands. “It breaks my heart.”

When found, OR-93 was still wearing his purple collar, although its satellite transmitter stopped working last April.  A necropsy, conducted by the Wildlife Health Laboratory in Rancho Cordova, indicated significant tissue trauma to his left rear leg, a dislocated knee and soft tissue trauma to the abdomen. The injuries were attributed to a vehicle strike.

The wolf’s death ends the dream that others might follow his scent, creating a new pack closer to humans. OR-93 traveled farther in the state than any known wolf in a century, highlighting the dispersal ability of this endangered species.

California’s three packs all reside in the remote northwest corner of the state: the Lassen Pack in western Lassen and northern Plumas counties, which has produced 28 pups; the Whaleback Pack in Siskiyou County, with seven pups and the Beckwourth Pack in southern Plumas County, which is not yet reproductive. The state’s first recent pack, the Shasta Pack of eastern Siskiyou County, produced five pups but has since vanished.

While extraordinary, OR-93’s journey was not that unusual for a young wolf, said McIntyre.

“It’s only natural for them to wander. That’s what they do,” she said. “The packs have their territories, so juvenile males are kicked out. So they need to branch off and travel, going somewhere else and start their own pack.”

Upon entering California, he traveled hundreds of miles from Modoc County in the state’s desolate northeast region known for sagebrush, pine and fir forests, wheat fields and iron Daisy windmills. From there, he headed south through the rugged Sierra Nevada.

But then, inexplicably, he turned west. Traversing the agricultural San Joaquin Valley, he may have been sighted on a farm near the city of Huron, according to the Fresno County Farm Bureau.

By March, he reached the pastoral county of San Benito, 40 miles east of the Monterey Peninsula and only an hour’s drive south of the San Francisco Bay and Silicon Valley. In April, he was reported in Monterey County, land of Esalen hot tubs and the manicured Pebble Beach Golf Course.

After becoming accustomed to popular downtown streets being blocked off to allow restaurants and other retailers to expand their operations outdoors, cities across the Bay Area are now making some difficult decisions over where to go from here. While Pleasanton and Palo Alto recently reopened their main downtown roadways, other cities like Mountain View are […]

Four straight wins. Back to 5-7 on the year. A possible big December ahead. That’s the fall-out of the Dolphins’ dominant 33-10 win against Carolina on Sunday at Hard Rock Stadium. The win might not have been a surprise. But this one-sided of a win? Here are 10 thoughts on the game: 1. Player of […]

Back in the early 1970s, there was no other teen idol like David Cassidy. He was the most popular young man on television and one of the stars of the ABC television series The Partridge Family. At 19, he had the largest fan club in history, and viewers tuned in weekly to watch him alongside […]