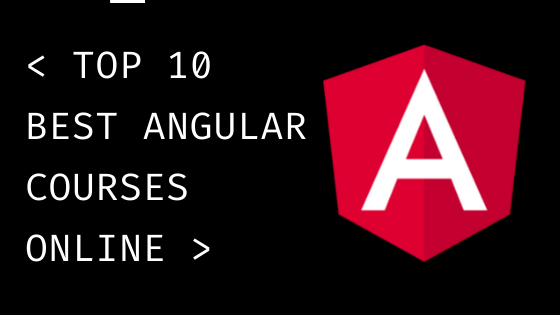 Since 2010, Angular JS has been used to create beautiful, responsive, and functional web applications. A model-view-controller (MVC) application development framework, AngularJS was updated to Angular (v2) in 2016. Today, Angular is used as a free, open-source web application framework that is supported by the Angular Team at Google.

Angular is well-known throughout the web development industry as one of the most efficient, effective ways to develop one-page applications. It can be used by full-stack developers to create responsive designs. It has an active community — and is frequently a requirement for employers.

Developers who want to further their career or improve their hire-ability may want to learn Angular, not only to understand another framework but also to further their experience in HTML and JavaScript. And the easiest way to do so is through an online Angular course.

It should be noted that Angular JS evolved into Angular. While Angular was initially called Angular 2, it led to confusion. Today, the differences between Angular JS and Angular can be equally confusing. The current Angular platform is on version 12. Angular JS is an outdated, deprecated solution that will be mostly discontinued by the end of 2021. Angular JS knowledge can still be transferred effectively to Angular 12, as the platform still has the same hallmarks, one evolved from the other, and both are MVC frameworks.

This list of best Angular courses includes both courses on Angular JS and Angular. Angular JS is still an excellent introduction and starting point. Moreover, some applications and code bases still use Angular JS — which means that it’s still a desirable skill within the market.

Why do you want to learn Angular? If you’re like most developers, you’re interested in becoming a full-stack developer. Coursera’s Full Stack Web Development With Angular Specialization class can help. Through this course, you will learn how to understand UI and UX frameworks, build mobile application frameworks, use Angular Material and Angular Flex-Layout, and be able to build mobile platforms with a single code base.

This course provides a shareable certificate upon completion and is a 100 percent online course, with flexible deadlines. As an intermediate-level course, you should already have an understanding of the principles of web development, front-end development, and back-end development. But through the course, you’ll learn a lot more about Angular. This is one of the best Angular courses for those who are looking to take a deep dive into Angular code, full-stack development, and reactive programming.

This course takes about 3 months to complete, so don’t expect to go through all of it overnight. But because it’s free, it’s a great solution for those looking to either further their career or further their hobby.

This focused course explores Angular application architecture in particular, with an emphasis on code organization, component communication, reactive states, state management, and general best practices. This course is best for those who are already familiar …read more

In the past couple of years, the original heroes of the Marvel Cinematic Universe have been leaving the franchise, paving the way for new heroes. In Avengers: Endgame, fans lost Tony Stark, Steve Rogers, and Natasha Romanoff, and, now, they might be losing Clint Barton, as well. Rumors have been running rampant on the internet […]

Vanessa Ray as Eddie Janko on ‘Blue Bloods’ | CBS via Getty Images RELATED: ‘Blue Bloods’: Eddie Reveals if She Regrets Taking the Reagan Name The new character is played by Ian Quinlan. This is certainly not the actor’s first time playing a cop. He played Carl Pinkney in Gotham, who was in the Gotham […]

By Lindsey Bahr | Associated Press Disney and Marvel’s “Eternals” took a steep drop in its second weekend in theaters, but it’s still hanging on to first place ahead of newcomers like “Clifford the Big Red Dog.” “Eternals” added $27.5 million over the weekend, bringing its domestic total to $118.8 million, according to studio estimates […]