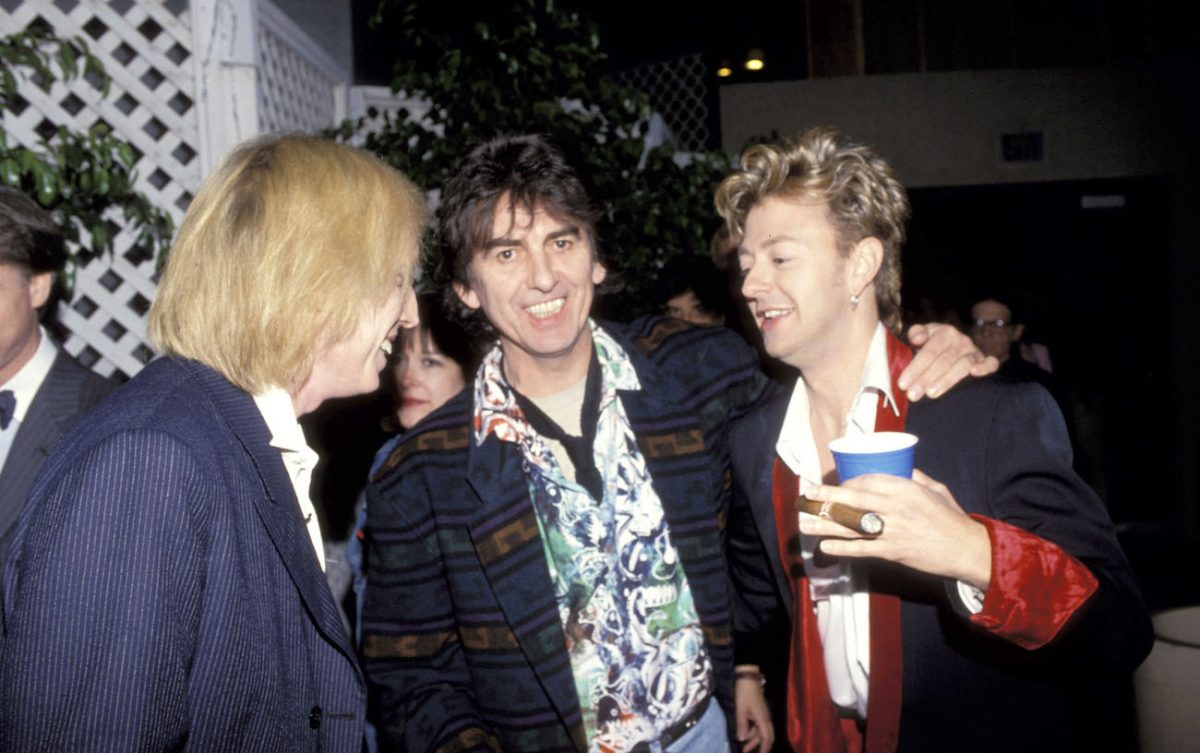 Tom Petty said George Harrison never left without telling him how much he loved him, which is no surprise. George’s widow, Olivia Harrison, said her husband often had loving relationships with his friends.

In a special edition of Rolling Stone called “Remembering George,” Petty explained, “I reminded him that we’d met, and there was some kind of weird click. It felt like we had known each other all our lives, and in a very personal way. We wound up just hanging a lot.”

That’s an understatement. After Petty and George “clicked,” Petty returned to Los Angeles, only to happen across George in a random restaurant. George thought it was weird that they’d bumped into each other because he’d just asked Jeff Lynne for Petty’s number.

Petty said, “He said, ‘Where are you going?’ I said, ‘I’m just going home.’ He said, ‘Do you mind if I go with you?’ He came to my house and stayed for days.” George did stay for days. That was how he got to know someone he knew he wanted to be friends with. However, that wasn’t the first time he’d done something like that.

When he met comedian Eric Idle at the premiere of Monty Python and the Holy Grail, they smoked pot in the projection room, left the premiere, and, as Idle describes it, engaged in a 48-hour dialogue getting to know each other.

It all goes back to what Petty told NPR, “He was the kind of person that, when he came across a good thing or the potential for a friend, he really was aggressive about it. And he had a way of knocking out anything that was extracurricular, or in the way of what was really going on. He could get you comfortable with him very quickly.”

Once George became friends with someone, he made sure to show them how much he loved them.

Petty said George “treasured his friends. Mike Campbell was saying, ‘George was the only kind of friend I knew who would bring you a gift every time he saw you.’ He once brought me four ukuleles in a week.

“George was the kind of guy who wasn’t going to leave until he hugged you for five minutes and told you how much he loved you. We knew where we stood with each other.”

Why the former Beatle formed loving relationships with his friends

George formed loving relationships with his friends because it brought him closer to God.

By Elizabeth Wolfe | CNN After an alarmed 911 caller reported a group dressed like a “little army” getting into a moving truck, police in Coeur d’Alene, Idaho, arrested 31 men believed to be linked to a White nationalist group, who had plans to riot at a weekend Pride event, authorities said. The large group […]

Sen. Johnson under fire for role in fake elector scheme

Ina Garten’s Kitchen Clambake: ‘This Is About as Easy as It Gets’