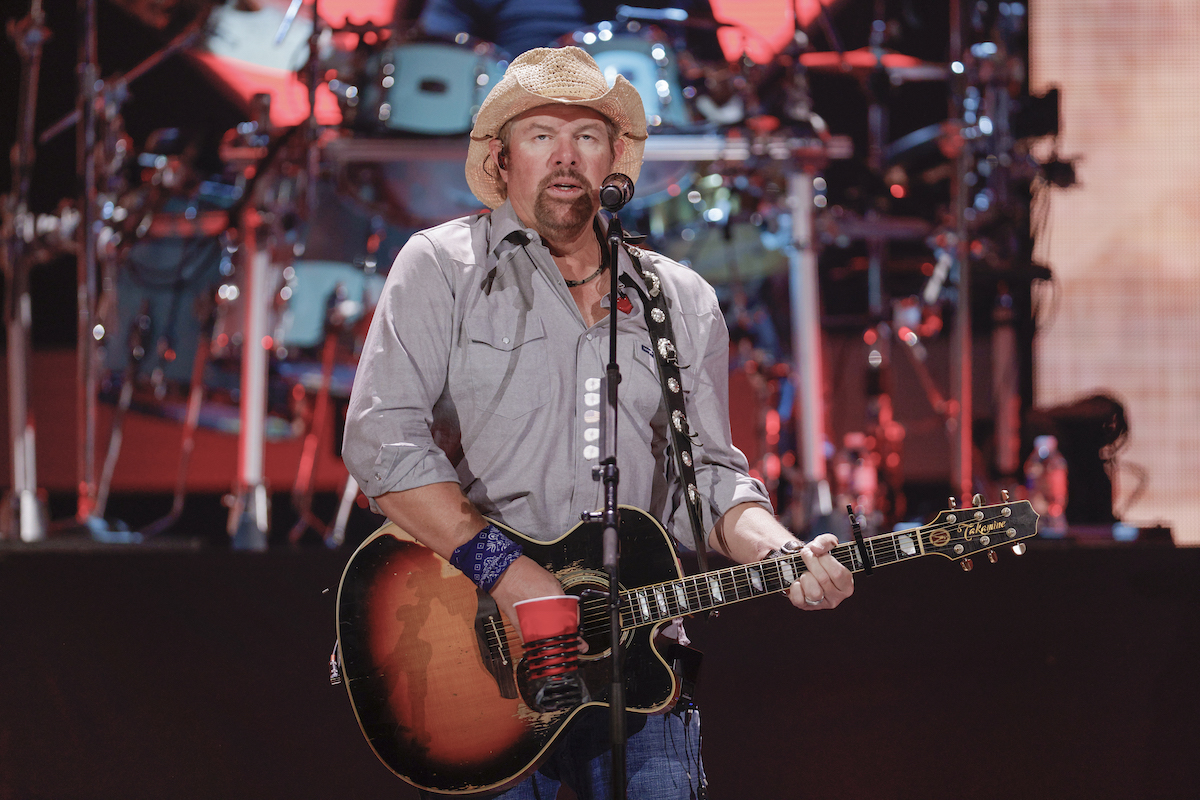 Toby Keith recently revealed to fans on Instagram, Twitter, and Facebook that he was diagnosed with stomach cancer six months ago. After the country star asked for time to recover and spend time with his family, fans quickly expressed their support and sent prayers.

“Last fall I was diagnosed with stomach cancer. I’ve spent the last 6 months receiving chemo, radiation and surgery. So far, so good. I need time to breathe, recover and relax,” Toby Keith wrote in identical June 12 posts on Instagram, Twitter, and Facebook.

“I am looking forward to spending this time with my family,” the country star continued. “But I will see the fans sooner than later. I can’t wait. -T”

And one fan said, “Praying for you!! I’m going through cancer treatments too!!! We can do it, Toby!!!”

Many other followers shared their personal stories about cancer in the comments section.

. @Jason_Aldean is offering prayers for @tobykeith, who has announced he’s battling cancer: https://t.co/mDfOEfJ6zB

“My dad was diagnosed with stage 4 stomach cancer almost 4 years ago,” another Instagram user shared. “He was initially given 3-6 months to live. He’s battled it for almost 4 years and his tumor is now gone and he is basically cancer free. Huge prayers coming your way. My family and I know all too well what you’re going through.”

Yet another wrote, “Same here been taking chemo, had radiation and a major surgery for testicular cancer. At the hospital now for my last week of chemo. Prayers.”

Keith has long been a supporter of cancer patients. In 2006, he launched the Toby Keith Foundation, which provides support for children with cancer.

“There is no greater gift than keeping families strong and together during a difficult time,” the foundation’s website reads. “If we can alleviate stress on a family, encourage a brother or sister and comfort a sick child, then we will make a difference in the fight against cancer.”

In the wake of his cancer announcement, @tobykeith has cleared his 2022 tour calendar. https://t.co/QEFi0i7fJ7

Keith’s cancer announcement shocked many fans, especially because the 60-year-old hadn’t shown any signs of slowing his career. The singer released an album in October — his first in five years — titled Peso in My Pocket.

Speaking to People at the time of the album’s release, Keith said, “I’d look at the song ideas I had in my phone before I started running, and then I would take off. Next thing …read more

George Harrison Thought The Beatles Would Survive Only a Couple Years, Here’s What He Planned to Do After

You’ve got a smart phone. Maybe a smart watch. Or even a smart doorbell. In the coming months and years as California struggles with worsening droughts, millions of Bay Area residents will soon be getting a smart water meter. Water meters — the clunky brass devices that sit in underground boxes near the sidewalks outside […]

Heat blamed in death of thousands of cattle in Kansas

By Roxana Hegeman | Associated Press BELLE PLAINE, Kan. — Thousands of cattle in feedlots in southwestern Kansas have died of heat stress due to soaring temperatures, high humidity and little wind in recent days, industry officials said. The final toll remains unclear, but as of Thursday at least 2,000 heat-related deaths had been reported […]