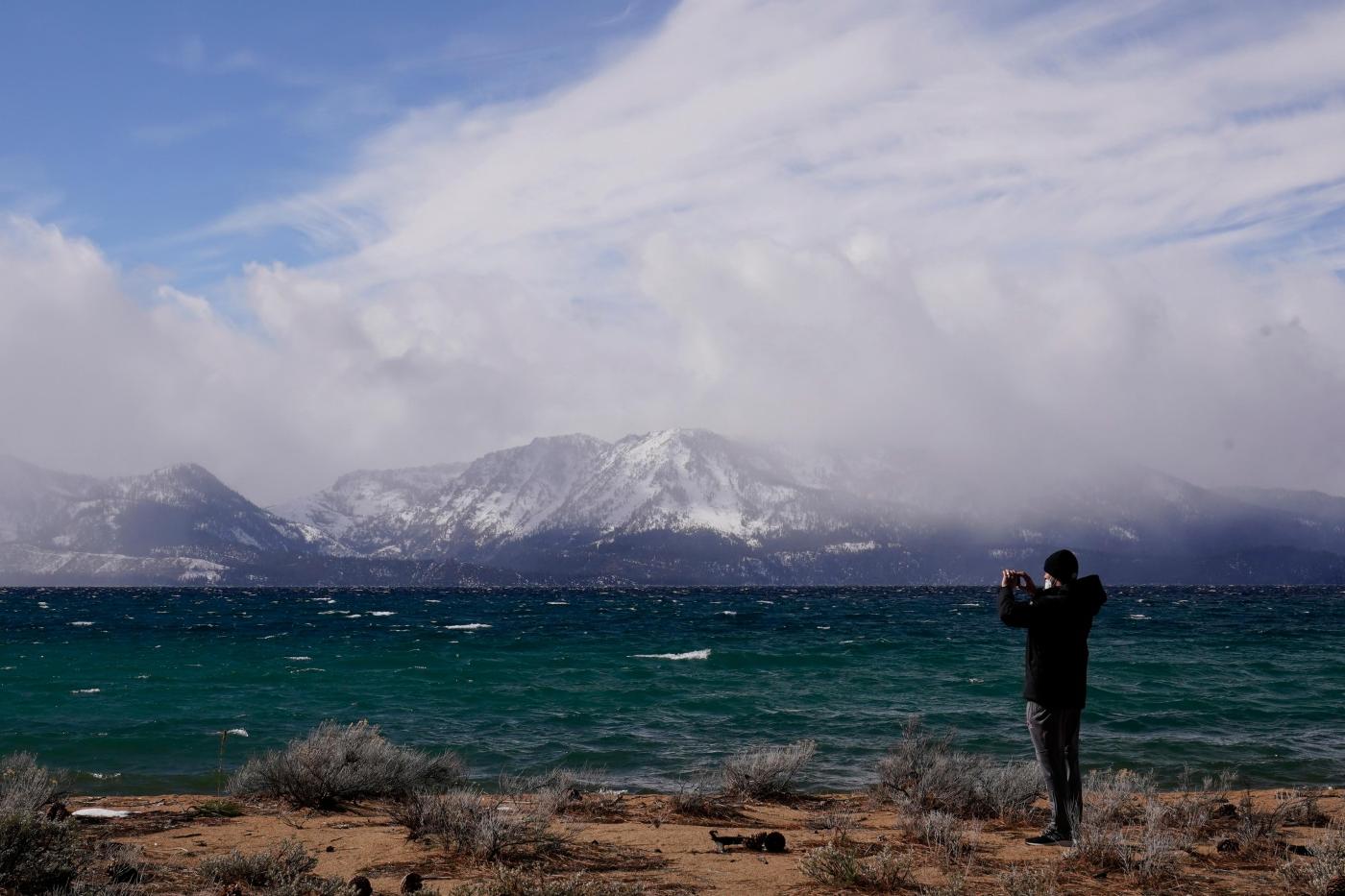 STATELINE, Nev. — Researchers at Lake Tahoe are using tiny bubbles to combat the spread of invasive weeds that rob the alpine lake of its clarity.

Conservationists are partnering with local property owners to expand the use of the so-called “bubble curtains” to halt the spread of non-native plants in the waters straddling the California-Nevada line, the Tahoe Daily Tribune reported last week.

Originally used in the Pacific Northwest to protect aquaculture operations and remove floating debris, the technology has proven effective since it was implemented in a channel at the Tahoe Keys on the lake’s south shore in 2018.

The fine wall of floating bubbles created by a compressor-powered hose on the lake bottom help dislodge plant fragments from boats as they leave the lagoon near South Lake Tahoe, California.

Fragments then get pushed to the side to be removed by a skimmer or other collecting devise.

Unlike some other approaches, the curtains don’t pose any hazards for fish or birds, which can easily swim through. They also are relatively cheap compared to other methods, costing from $20,000 to $30,000, plus electricity and annual maintenance costs.

The League to Save Lake Tahoe plans to add another curtain on the Keys’ east channel and a third one at the Elk Point Marina on the Nevada side of the lake in a partnership with the Tahoe Keys Property Owners Association, Tahoe Regional Planning Agency and Elk Point HOA.

Jesse Patterson, the league’s chief strategy officer, said the curtains help reduce the spread of weeds as officials try to get rid of the 172-acre (70-hectare) infestation at the Keys.

“If we want to address aquatic invasive species, we have to go to the source,” Patterson said.

Another winter weather advisory for Lake Tahoe, most of Sierra

Patterson said the property owners association is continuously monitoring the curtain and has removed tons of fragments since its installation from two types of weeds: curlyleaf pondweed and Eurasian watermifoil. Those are the two primarily aquatic invasive plants that cause the most concern.

About 90% of the Tahoe Keys are filled with the weeds. If left alone, they could grow so thick that a person could almost walk on top of them, Patterson said.

“I would argue that this (aquatic invasive plants) is the biggest threat to Lake Tahoe,” he said.

Patterson said plant fragments are most prevalent from late July through September. The new curtains are scheduled to be installed in April or May.

For the last 40+ years, the Spiel des Jahres — game of the year — awards have been like the Academy Awards of board games. And much like an Oscar can boost box office, a Spiel des Jahres nomination can send game sales rocketing skyward. Win the thing, and a game that went into the […]

SAN JOSE — An “immersive community” of gathering areas, performance venues, and food centers could sprout atop a downtown San Jose parking garage, under a concept sketched out by a top architectural and design firm. The roof deck of San Pedro Square Garage could become a “people deck” and create new centers of activity in […]