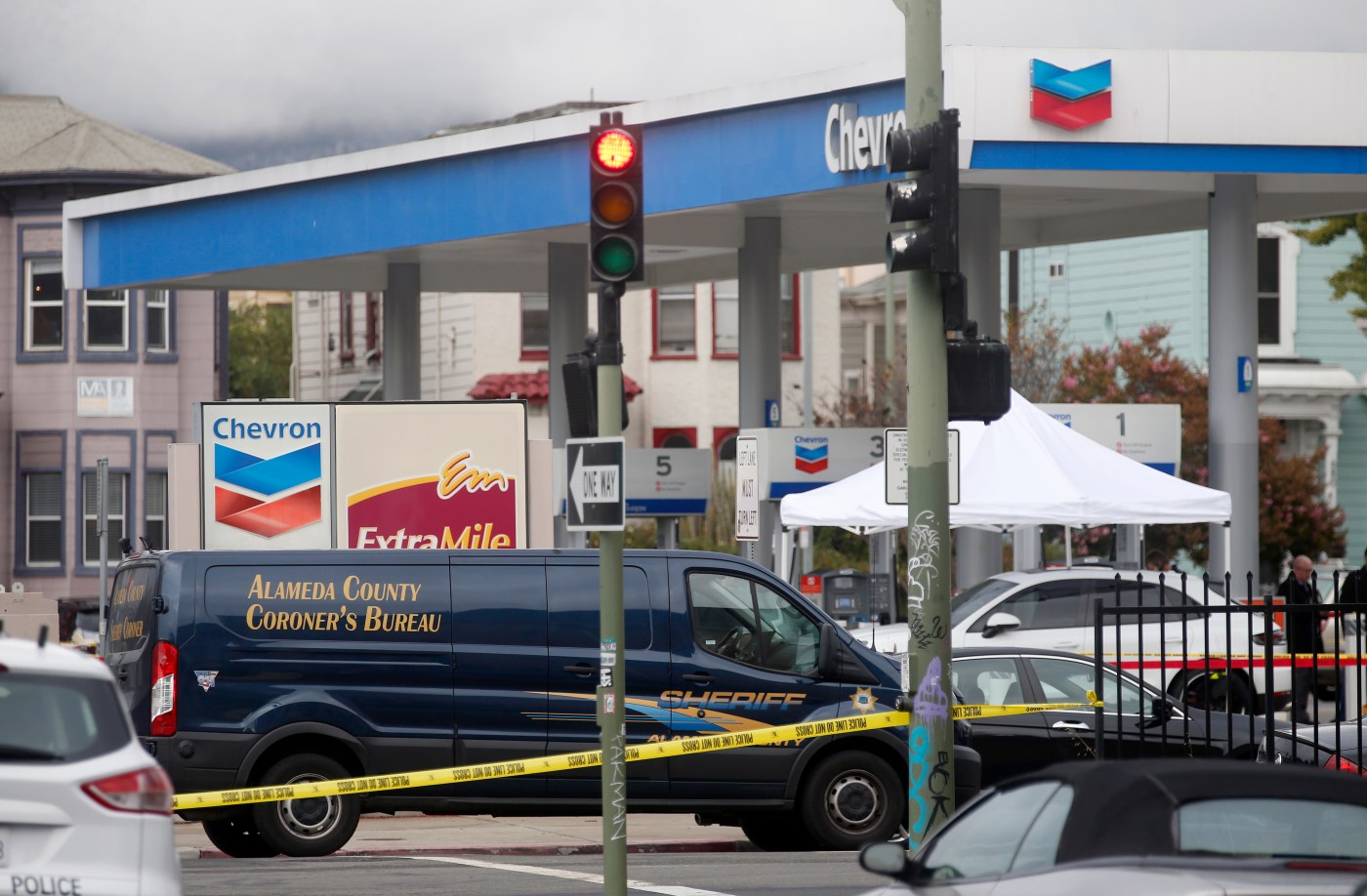 OAKLAND — Two of three men charged with murdering one of their alleged accomplices in the Oct. 21 robbery of an Oakland police captain made their initial court appearance this morning, court records show.

Marlon King and Kemandre King have been charged with murdering Desoni Djuan Lamar Gardner, 20, of Vallejo, who was shot by retired Oakland police Captain Ersie Joyner during the gas station robbery. Joyner was nonfatally shot during an ensuing gunfight but was hospitalized for weeks.

Neither Marlon nor Kemandre King entered a plea at their Tuesday morning court appearance, and a judge declined to set bail for either man, court records show. They are next due in court Dec. 17.

A third suspect, who was arrested in Houston, is still awaiting extradition to California and his name has not yet been released.

The murder charge is based upon the so-called provocative act doctrine, a part of state law that says when a crime victim uses justifiable lethal force against an assailant, the crime’s other perpetrators can be charged with murder. In other words, prosecutors want to hold the other alleged robbers liable for Joyner fatally shooting Gardner.

Gardner, a rapper who went by the stage name Lil Theze, was one of the four men who participated in the robbery of Joyner, according to police. Video surveillance shows Joyner pulling a gun at the end of the robbery and firing several times, as at least one of the robbers shoots him.

Marlon and Kemandre King were charged with assault with a semiautomatic firearm, on top of the murder charges. Marlon King also faces attempted murder.

Girl Meets Farm star Molly Yeh is passionate about pizza Fridays. It is a throwback to her days living in New York City, where she was a student at Julliard and enjoyed the delicious dish every week. However, as a resident of Grand Forks, North Dakota, Yeh realized there were no pizzerias near her home. […]

‘Little House on the Prairie’: Michael Landon and Karen Grassle Forgave Each Other After This 1 Moment

Since Trevor Siemian was selected in the seventh round of the 2015 NFL Draft by the Denver Broncos he’s had stints with several teams including the Minnesota Vikings, the New York Jets, the Tennessee Titans, and the New Orleans Saints. And one woman who’s been by his side through it all is Bo Podkopacz. On […]