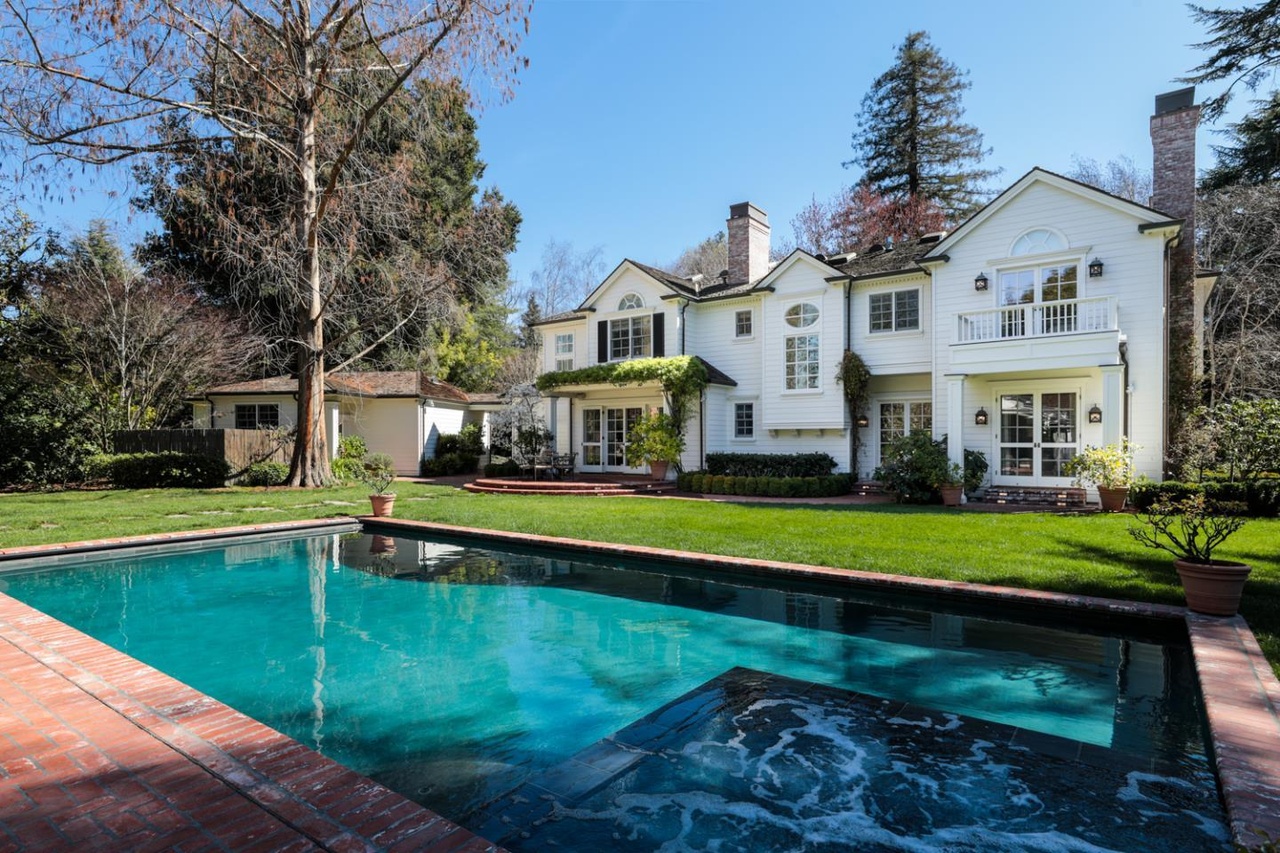 It’s home to tech billionaires and sports superstars. So it may not be surprising that for the sixth straight year, this Bay Area enclave has laid claim to the most expensive house prices anywhere in the country.

The Marin County suburb of Ross came in at No. 3 with a median price of $5.5 million.

The Bay Area is by far the most expensive metro region in the country, according to PropertyShark’s list, with 46 of the 128 priciest U.S. zip codes. The majority of those are in the Silicon Valley area, with the region’s top zips spread out across the counties of Santa Clara (14), San Mateo (10), Marin (8), Contra Costa (6), San Francisco (5) and Alameda (3).

The Bay Area zip codes to crack the top 25 include:

Atherton — home to tech mega-investor Marc Andreessen and Golden State Warriors star Stephen Curry — made national news this year when some of its tech industry residents, including Andreessen, vehemently protested plans to allow townhomes to be built to satisfy the town’s state-mandated housing plan. Local officials have said they may end up “in a fight” with the state to keep Atherton zoned almost entirely for single-family homes.

Even as home prices have begun to fall across most of the Bay Area in recent months, prices in Atherton and other wealthy zip codes are on the upswing. The median home price in Atherton increased 6% from a year ago, while prices in Ross are up 20%, according to PropertyShark.

For the entire Bay Area, home prices dipped 2% in October, according to data from the California Association of Realtors.

Housing shortage, worst in California, is moving to America’s heartland

Coco Jones got a second chance at her Hollywood dreams after she bravely dished about her experiences with Disney. Since then, she has turned heads as Hilary Banks on Bel-Air and continues to create new music. Jones recently spoke about how grateful she is that things with Disney went south.  Coco Jones | Momodu Mansaray/Getty […]

By The Associated Press Katie Meyer’s parents have filed a wrongful death lawsuit against Stanford, saying the 21-year-old goalie was distressed about facing discipline over an incident from August 2021. Meyer took her own life in late February. The civil lawsuit was filed Wednesday in Santa Clara County Superior Court. USA Today obtained the lawsuit. […]

(L to R) Meri, Janell, Kody, Christine, and Robyn Brown during a ‘Sister Wives’ panel | Frederick M. Brown/Getty Images Janelle’s “logical” persona has garnered her a few fans, but more than anything, it’s ensured that Sister Wives fans don’t think much about her at all. While some people do like Kody’s second wife, she has […]