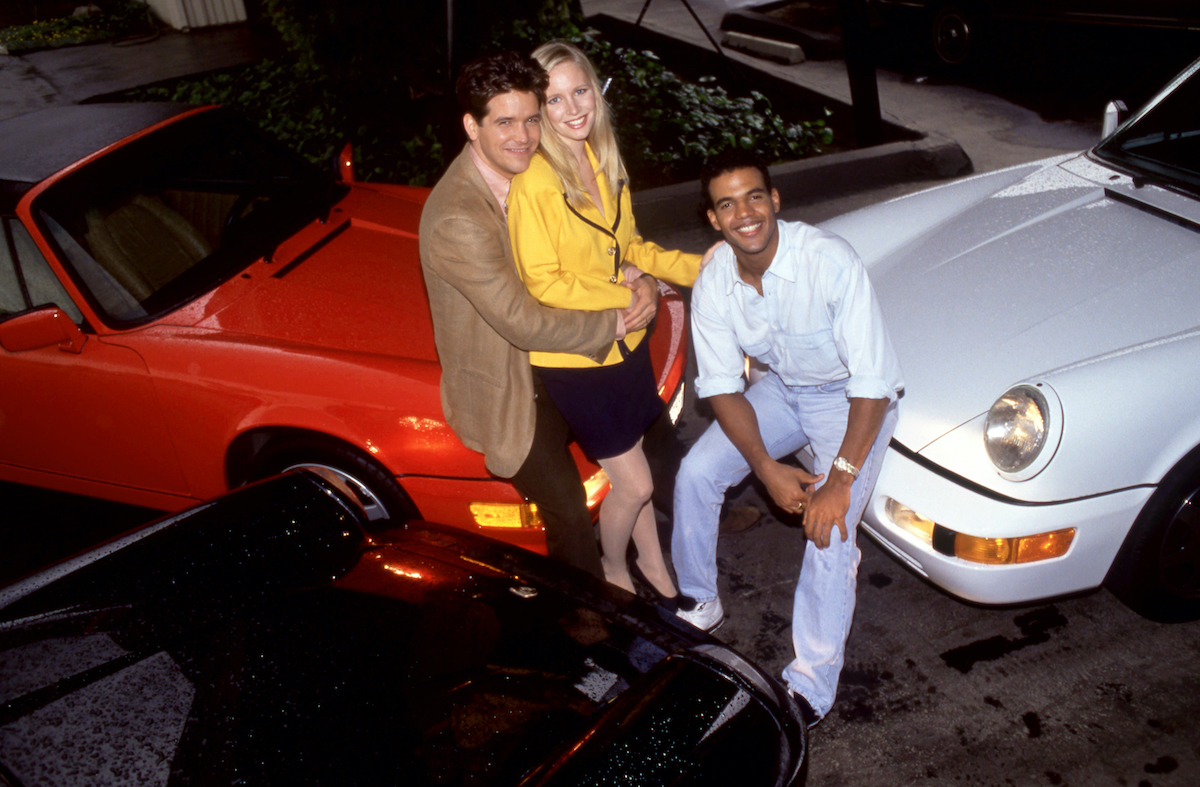 Michael Damian is no stranger to Genoa City. He began portraying Danny Romalotti on The Young and the Restless when he was just a teenager. Damian remained a staple in the soap’s storylines from 1980 to 1998. However, since leaving the CBS soap as a series regular in the late ’90s, Damian has made quite a few returns and guest appearances over that two decades.

It sounds like Damian is ready to make another return to the city before the end of the year too. Find out more about Damian’s return to Y&R  and more about his character’s backstory below.

The Romalottis are headed back to Genoa City

It’s official! The Romalottis are headed back to Genoa City for another run on Y&R. Both Danny Romalotti and his son Daniel Romalotti are set to return to the CBS soap before the year’s end. Neither Danny nor his son Daniel have been staple characters in any Y&R storylines since 2013.

However, the younger Romalotti did make a brief return to Genoa City in 2016 for a class reunion and to visit his mother, Phyllis Summers. According to Soaps In Depth, Danny Romalotti’s first air date will be December 22, 2022.

It has not been announced when Daniel Romalotti’s official first air dates will begin, but it is believed that he will arrive in Genoa City before his father does. While both Danny and Daniel are expected to appear in multiple episodes, there is no word yet if their returns will be full-time or simply for a few episodes.

Danny Romalotti has been with Y&R for years

Before you, ahem, rock on, brush up on the wild history of #YR pop idol Danny Romalotti ahead of his return to Genoa City with our brand-new photo gallery of his life and loves: https://t.co/oJEAhFPGFT

According to Fandom, the senior Romalotti first arrived in Genoa City in 1980. Before coming to the city, Danny had been working as a con artist with his father, Rex Sterling. After having enough of this lifestyle, the teen opted for honest work and landed a job waiting tables in Genoa City.

Not long after arriving on the scene, Danny also decided to start performing rock concerts in town. This garnered him wide attention, and he soon began touring around the country. While on tour in New York City, Danny was stalked by Phyllis Summers. Phyllis eventually got close to Danny. She even ended up drugging him one night and claimed to be pregnant with his child.

Despite the assault and manipulation, Danny ended up marrying Phyllis to do right by his child, as he did not want to be anything like his …read more

The Mets made a pair of transactions Friday afternoon to bolster their organizational relief depth, acquiring two right-handed pitchers in a trade with the Miami Marlins and claiming one off waivers from the Atlanta Braves. The Mets traded minor league right-hander Franklin Sanchez and a player to be named later or cash to the Marlins […]

‘Wednesday’ Season 2: Could the New Villain Be Bianca’s Mother Gabrielle and the MorningSong Cult?

A possible Wednesday Season 2 will introduce a new foe for the macabre teen. In the Netflix series, the mystery of the Hyde and its master is revealed, but it is not the end of the grand puzzle. Wednesday Addams gets text messages from a new stalker with intentions of murder. With the mystery far […]

Harriette Cole: She’s in no position to advise me on my love life

DEAR HARRIETTE: My best friend and I have so many things in common, but not everything. One thing that we do not have in common is relationship experience: I have been in three long-term relationships, and my best friend has never been in one. When I am telling her about my experiences, she can’t relate […]