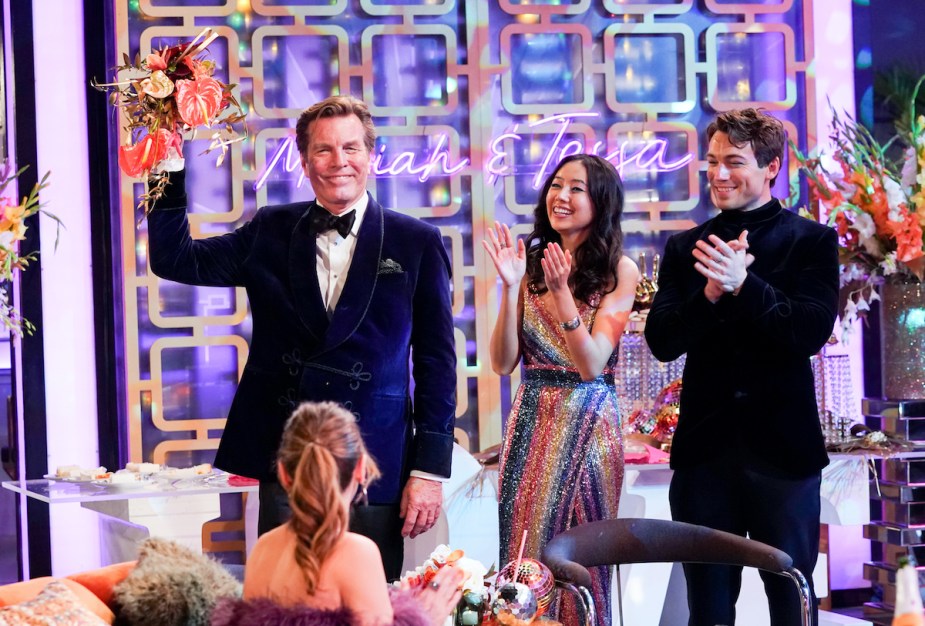 Noah Newman isn’t exactly a fan favorite on The Young and the Restless because of his romantic connections. He and Tessa Porter dated for a while, but she dumped him for his sister Mariah Copeland.

Tessa and Mariah tied the knot, and he’s been unable to move on. Noah has been back in Genoa City for a while, and now he has his eyes set on another beauty, Allie Nguyen, a move that has fans excited.

A breakdown of Allie and Noah’s relationship

Allie lived with her father in Los Angeles, but he left her to handle his affairs when he died. She sold the house and learned she had a grandfather she never knew about. Jack Abbott felt terrible about not being there for his son Keemo, but Allie gave him a chance to reconnect with her.

Noah turns on the charm today on #YR. pic.twitter.com/VsBIkmWuke

He invited Allie to move to Genoa City, and although she hesitated at first, she eventually caved and took Jack up on the offer. Allie was welcomed into the Abbott family and formed a close relationship with her aunts, Traci and Ashley Abbott.

Allie has been around for only four months, and her personal and professional life is thriving. She and Noah met when Abbey Newman introduced them. They grew close, discussing their families’ dynamics and the history between each family.

The primary factor that hindered Noah and Allie from being more than friends was that Noah still had feelings for Tessa despite Tessa having moved on.

Additionally, Noah wasn’t in the right headspace for a romantic relationship, given his fiancé, Courtney Sloane’s death and his breakup with his girlfriend in London. However, it appears that Noah has a new interest in Allie.

Fans love Allie and Noah together

Can we talk about this kiss?? ? #YR pic.twitter.com/i3Zvj9nYxC

Allie has given the old soap opera a young and fresh take, with her character carrying so much promise for drama. Although she and Noah haven’t been together for long, fans are already in love with both of them and are shipping them together.

The Young and The Restless recently posted a GIF of Noah and Allie kissing with the caption, “Can we talk about this kiss??” Fans were quick to voice their support for the pairing, with many appreciating the show’s decision to bring Allie and Noah together.

One fan said that it was bound to happen at some point and that the pair are a “sweet couple.” Another fan gushed about the couple, saying they loved the cute couple’s scenes at the Top of the Tower.

Is a love triangle on the horizon for these two?

Tessa’s past catches up with her today on #YR. pic.twitter.com/jV5gMluD9d

Chase Rice’s Partnership With Coors Banquet Is a Personal One

Chase Rice | Kaiser Cunningham Chase Rice’s partnership with Coors Banquet is ‘a natural fit’ On Aug. 4, Coors Banquet launched its Protect Our Protectors program, which works to support and raise awareness for firefighters in the U.S., particularly as wildfire season rages on. Rice grew up with his father drinking Coors Banquet, and one […]

When fans think of actor Christina Ricci, they may still picture her as a young Wednesday. She feels bound to the character, and The Addams Family no doubt impacted her career. Since then, she has made a name for herself and has a successful career. Nowadays, Ricci is getting critical praise for another role. She […]

What takes years and costs $20,000? A San Francisco trash can

By OLGA R. RODRIGUEZ | The Associated Press SAN FRANCISCO — What takes four years to make and costs more than $20,000? A trash can in San Francisco. That costly, boxy bin is among six trash cans hitting San Francisco’s streets this summer in the city’s long saga in search of the perfect can. Overflowing […]