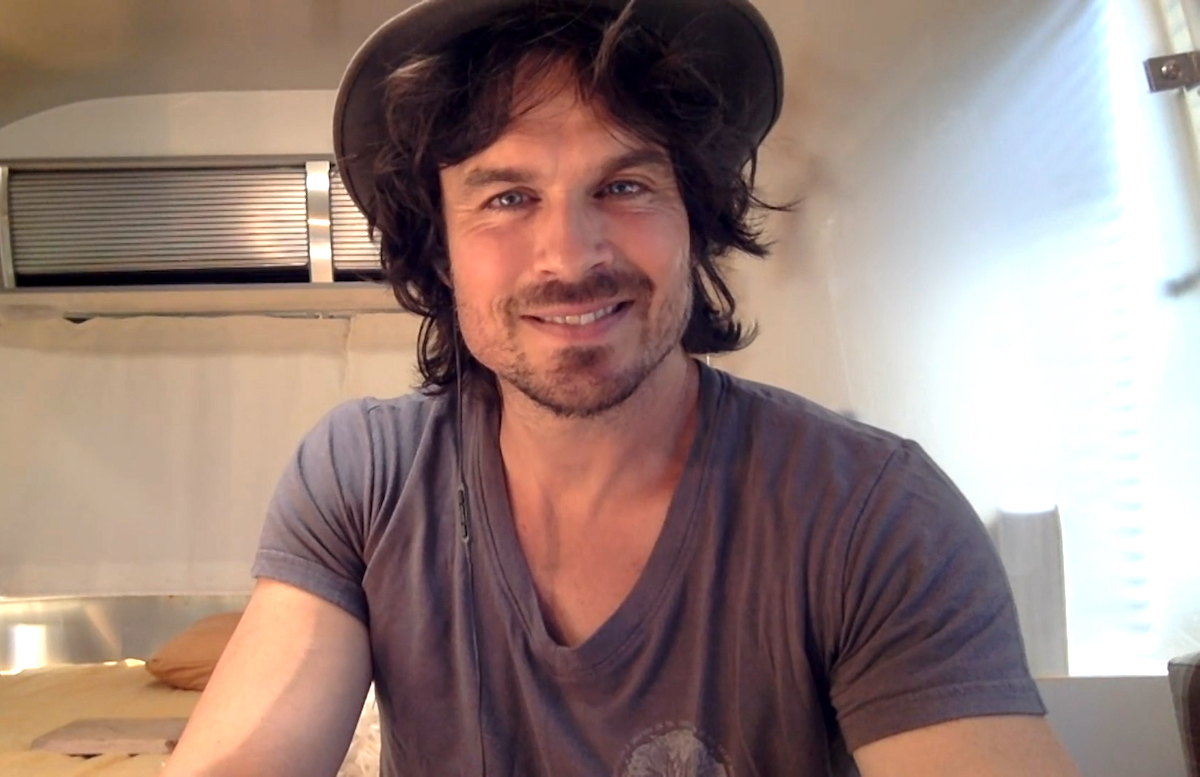 In a recent Instagram post, Ian Somerhalder looks sultry while flexing his biceps. But there’s a shameless promotion happening in the caption and on his shirt. And that’s not all. The Vampire Diaries alum’s thirst trap somehow kills four birds with one stone.

The actor’s October 21 Instagram thirst trap does as Somerhalder intended — entices his nearly 24 million followers to click for a better view.

“If you get any hotter, I will spontaneously combust,” fan @mollyhereandnow says.

After appreciating Somerhalder’s fit physique and tousled hair, some fans are equally impressed by what he’s selling in the caption, which almost reads like an ad. He charismatically conveys four messages in one sexy post.

After beginning with, “Lonnnnnng day of farm chores,” Somerhalder continues, “Dive into our incredible @fleetwoodrv for some cool air, a warm shower, and a sip of bourbon before a crazy work schedule. The American dream … Farm, @fleetwoodrv, bourbon, freedom.”

The Lost star mentions Fleetwood RVs twice, apparently fulfilling his spokesperson duties. He’s also in a Fleetwood RV in the photo and wears a Brother’s Bond Bourbon T-shirt, the company he co-founded — which explains the bourbon mentions.

After the shameless plugs, Somerhalder seizes the opportunity to use his platform to comment about issues he cares about, including climate change. He also makes a political statement and seems to allude to Florida without naming the state.

“Sending you all great energy out there and really hoping for peace and safety. I know so many amazing people are in a really awful spot due to terrible leaders and the [e]ffects of climate change causing terrible storms,” he writes. “Let’s dream a better future and make it happen. TOGETHER.” The star adds a green heart emoji to drive home his point.

“You’re an inspiration … We must go dreaming [for a] better world to touch together,” one fan, @uniqueiansomerhalder, comments.

Dozens of other followers urge the actor to take on another cause — issues in Iran.

But the actor isn’t done yet. He concludes his post with a final message, addressing the blankets in his photo’s background. “Note: All fluffy throw blankets are by the amazing @arhaus and are FAUX Fur. No real fur here!” he says proudly.

Somerhalder’s thirst trap has racked up over 1.8 million likes and nearly 16,000 comments as of this writing.

‘The Vampire Diaries’ made Ian Somerhalder a heartthrob

It might not have been the first time Miami Heat coach Erik Spoelstra has utilized the phrase, but it apparently is now part of the team’s vernacular. “Our big four,” he said, “they were tremendous.” That they were in Friday night’s 120-116 overtime victory over the Boston Celtics at TD Garden, in the third stop […]