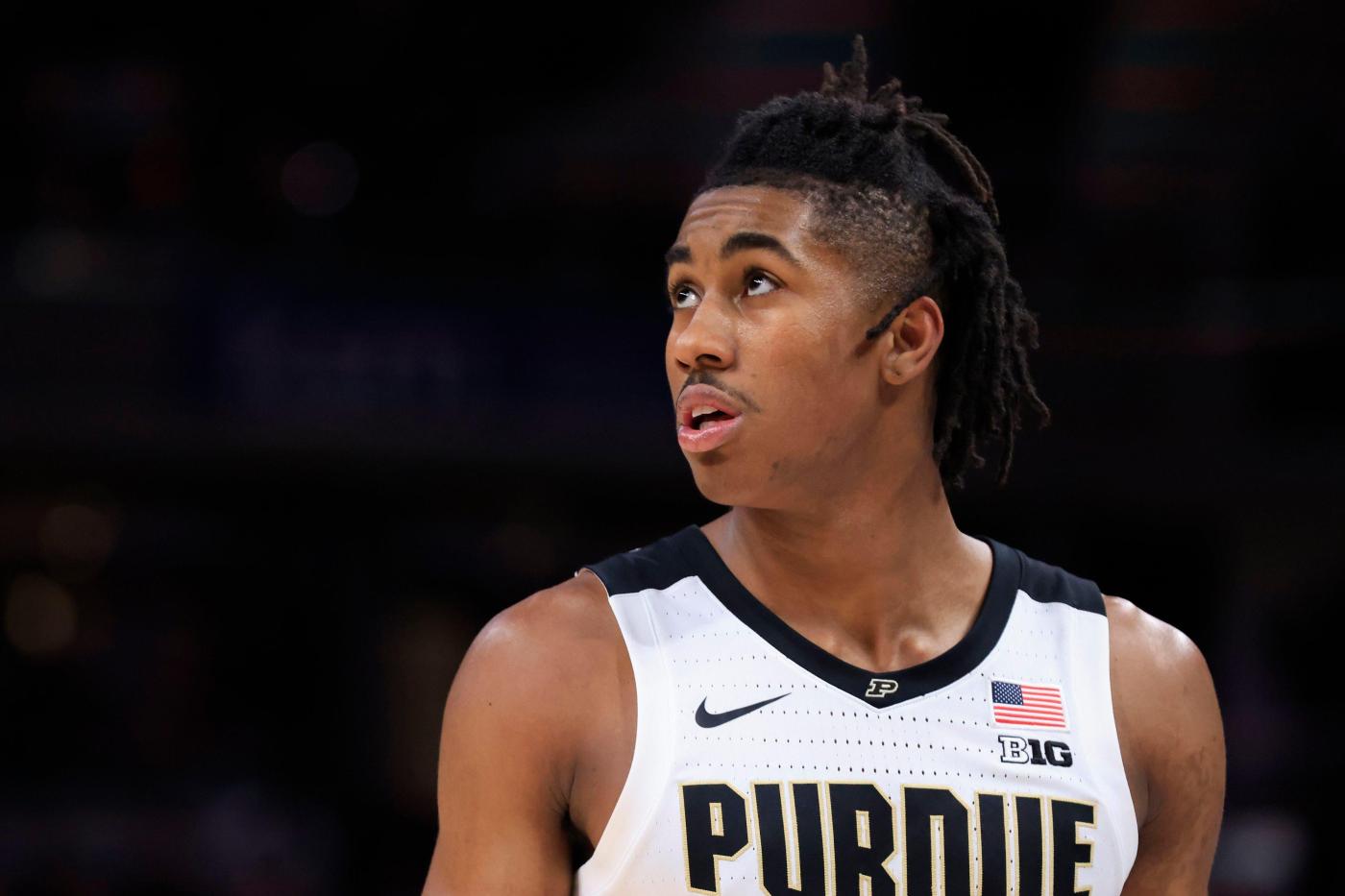 The Knicks and Jaden Ivey are circling each other ahead of the draft.

As the top guard in his class, Ivey will assuredly be off the board if the Knicks stay with their 11th pick on Thursday. But as rumors circulate about Leon Rose’s desire to trade up, Ivey casually listed the Knicks as an option when asked about teams that caught his eye at the top of the lottery.

“Could be situations where I land in New York,” Ivey said Monday.

It’s a workable scenario for the Knicks but the price will be high. The other side of this story is Ivey reportedly having some trepidation about joining the Kings, who own the fourth pick and are shopping it as a chance to land Ivey.

On Monday, Ivey did little to dispel those rumors about the Kings, saying he’s had no contact with the organization.

“If I got drafted there, it wouldn’t be the worst option,” Ivey said. “I can’t pick — I’m not the GM who picks the guys. So I’m just trying to enjoy this process and whatever happens on draft night, we’re going to stick with it.”

Still, Ivey denied he’s freezing out the Kings, who, perhaps not coincidentally, are the NBA’s most bungled franchise.

“It’s not a conscious decision,” he said. “I never really made the decision not to talk to Sacramento. It just kind of happened.”

Of course, it’s hard to believe the team picking fourth and the player projected to go fourth “just happened” to ignore each other. The Knicks, meanwhile, interviewed Ivey at the draft combine and attended his pro day last month. Ivey is represented by CAA, which is closely associated with the Knicks because it counts team executives Leon Rose and William Wesley as former employees.

“Obviously a tremendous opportunity. A tremendous organization in the New York Knicks,” Ivey said. “Obviously I’d be honored to be able to play there. I think they recently just played the playoffs (in 2021). I feel like I can complement that organization and help them win if they drafted me.”

For a guard like Ivey, part of the allure of the Knicks is an opportunity to be the lead guard. New York’s only natural point guard on the roster is Derrick Rose, who is coming off two surgeries and hasn’t played since December.

The Knicks are exploring different ways to fill their PG hole, but outbidding the Mavericks for Jalen Brunson seems unlikely and the Kyrie Irving trade rumors are just silly.  A feasible option is dealing for Indiana’s Malcolm Brogdon, a crafty point guard with size.

According to ESPN, the Pacers, Wizards and Pistons are also interested in trading with the Kings to draft Ivey. The Knicks have all their future first-round picks, along with intriguing prospects Immanuel Quickley, Quentin Grimes and Obi Toppin, to offer the Kings.

The Pistons, who own the fifth pick, are one of just two teams to host Ivey for a workout. The Magic, which picks first, was the other.

In announcing this week that she has tested positive for COVID-19, “Jeopardy!” host Mayim Bialik seemed to expect that past controversies over her statements about vaccines were likely to come up. “Hey everybody, not sure if this is clickbait or not but I have a COVID,” the former “Big Bang Theory” star, 46, said in […]

Miss Manners: What they did at Thanksgiving ruined their chance to vacation with us again

DEAR MISS MANNERS: We have friends, a married couple, with whom we have vacationed on several occasions. We live in different states, so we don’t see them that often. This past Thanksgiving, we rented a house with them for a week. It was the week from hell. They fought constantly, trading insults; at one point, […]