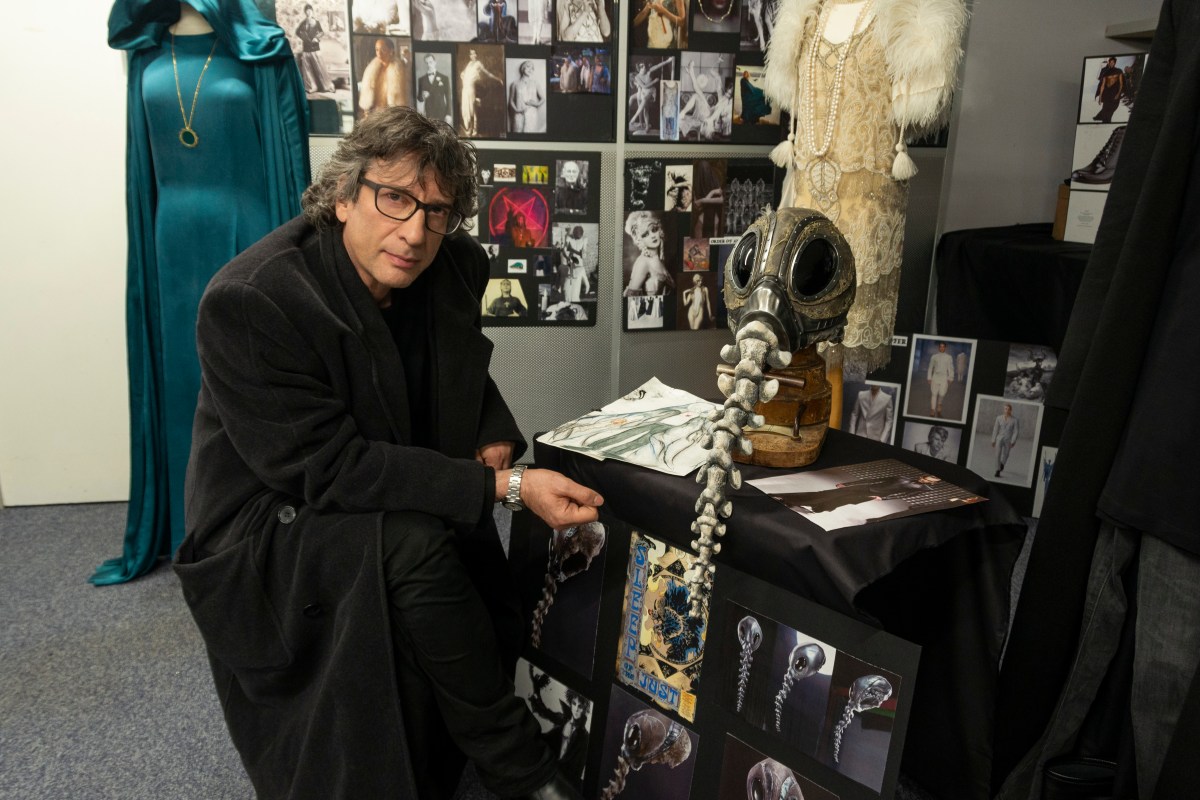 It seemed like it might never arrive, but Netflix finally released The Sandman on Aug. 5, 2022. When the streaming service shared the show’s first footage in 2021, fans expected it to debut shortly afterward. We had to wait nearly a year to see the finished product, but the wait was worth it. Neil Gaiman, the author whose comics inspired the show, said the cast for the adaptation — including Tom Sturridge as Dream — is a strong one. The show promises to be a hit among fantasy fans, but what is Gaiman best known for? It might not be The Sandman.

‘The Sandman’ follows characters from the real world and dream world

Morpheus, aka Dream aka Sandman, controls the dream world humans enter when they fall asleep. When a group of wizards hoping to cheat death capture and imprison him for a century, it starts a series of events that threaten the waking and dream worlds. As the Netflix synopsis reads:

To restore order, Dream must journey across different worlds and timelines to mend the mistakes he’s made during his vast existence, revisiting old friends and foes, and meeting new entities — both cosmic and human — along the way.

In addition to Sturridge as Dream, The Sandman cast includes Boyd Holbrook as Sandman’s nemesis, The Corinthian; Kirby Howell-Baptiste as Death, Dream’s sister; Vivienne Acheampong as Lucien, the trusted guardian of Dream’s realm; Gwendoline Christie as Lucifer; and Patton Oswalt as Matthew the Raven.

The Sandman comic book has a fierce cult following, but is it what Gaiman is best known for?

What is Neil Gaiman best known for? ‘The Sandman’ ranks high on the list

RELATED: ‘The Sandman’ Review: A Stunning Slow Burn of a Netflix Series

The Sandman is the latest Gaiman project to enter the real world, and it’s been a long time coming.

Gaiman revealed in press materials that his biggest role in ushering The Sandman to the screen was to stop bad ones from happening. David S. Goyer took the lead on a Sandman movie that never came to fruition, and Gaiman approved of that adaptation. Gaiman, Goyer, and Allan Heinberg executive produced the series for Netflix.

Though fans and Gaiman himself have been waiting for The Sandman, it might not be what Gaiman is best known for.

The author picked up Hugo, SFFWA, and SFX Awards wins for penning the Doctor Who episode “The Doctor’s Wife.”

Gaiman wrote the English adaptation of the anime classic Princess Mononoke, the novel Stardust that inspired the movie of the same name, and the screenplay for Beowulf. He wrote the novel Coraline, which later became a hit movie. Oh, and Gaiman wrote Marvel Knights: Eternals, the animated show that predated the movie.

The Sandman’s devoted fans adore Gaiman for the comic books, but he might …read more

If there was ever a time for Orioles first baseman Ryan Mountcastle to break out of a slump that has stretched from early July into August, it was Monday versus the Toronto Blue Jays. There’s no other team Mountcastle has found more success against, this season or over his career. And despite a .170 batting […]

Shailene Woodley Explains Why She Screams the Second She Wakes Up

Many people may consider Shailene Woodley’s lifestyle to be unorthodox, but it certainly seems to be working out well for the actor. Woodley stressed the importance of health and wellness years before they became popular buzzwords and the media. Woodley has set a number of rituals and routines for herself to help her feel her […]

SEATTLE — Tuesday night’s 13-inning loss to the Mariners left the Yankees little time to catch up on what went on around the league, but they knew Wednesday morning they had lost their advantage in the American League. With their sixth loss in the last seven games, the Bombers and Astros have identical records and […]