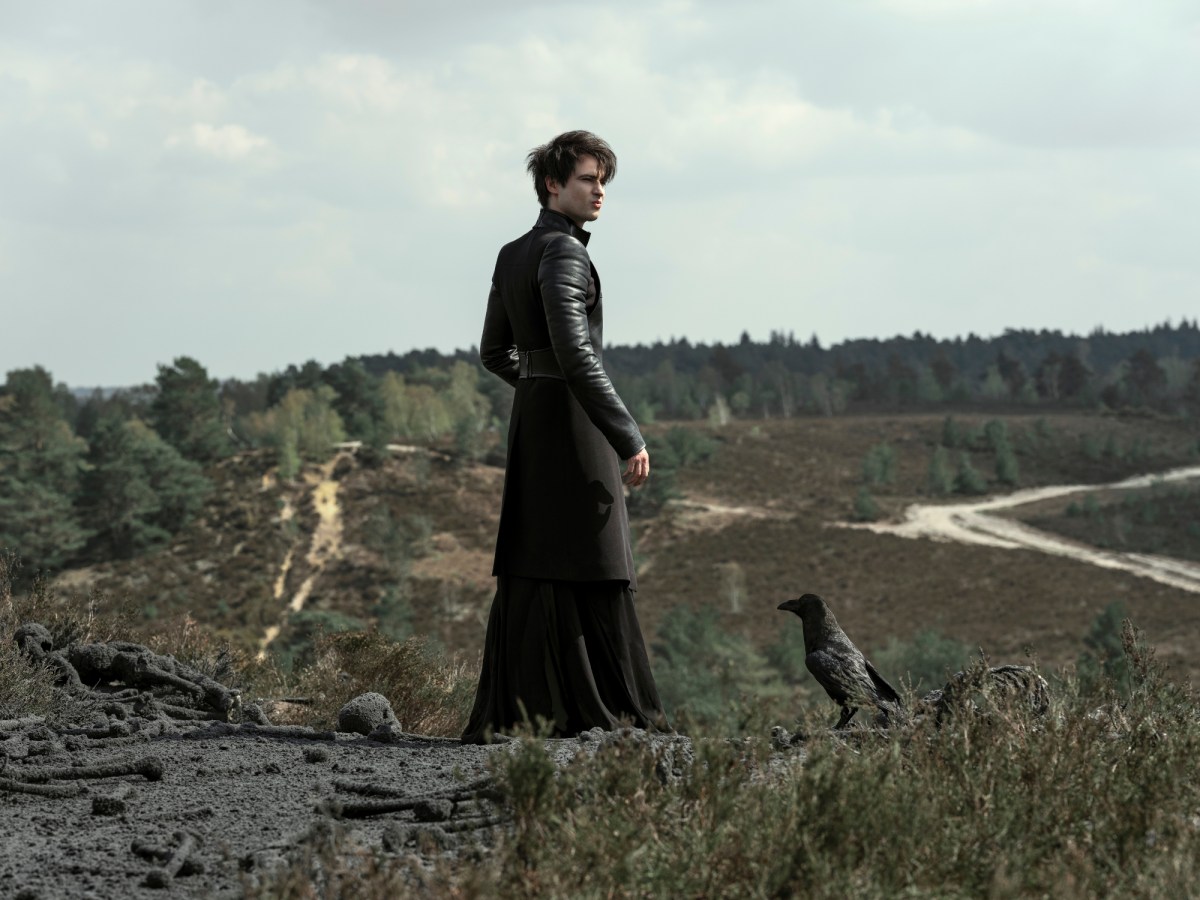 The Sandman just made its debut on Netflix, and the series has already climbed to the front of the streamer’s Top 10 in the U.S. Starring Tom Sturridge, The Sandman delivers a dark and fantastical story reminiscent of a sprawling fantasy novel. But is The Sandman actually based on a book? Read on to learn what inspired the new Netflix series.

What is ‘The Sandman’ on Netflix?

Tom Sturridge as Dream in ‘The Sandman’ | Laurence Cendrowicz/Netflix

Those who hadn’t heard of The Sandman before it made its way onto Netflix may be wondering what the series is all about. The show follows the Lord of Dreams, Morpheus (Tom Sturridge) — also known as Dream — as he attempts to restore his realm to its former glory.

Dream is captured by a mage at the beginning of The Sandman, and his imprisonment keeps him away from home for decades. When he finally returns to the Dreaming, it’s in a state of disrepair. Nearly all of his dreams and nightmares have gone elsewhere, and he’s lost the artifacts that enhance his powers.

The Sandman Season 1 sees Dream tracking down his subjects and his tools, all while dealing with threats to the Dreaming and the waking world. There’s a lot going on in the first batch of episodes, and he comes into contact with many intriguing characters — including his siblings, the other Endless. Most of them are pulled straight from the pages of the source material: the comic book series The Sandman is based on.

Is ‘The Sandman’ based on a book?

The Sandman boasts a large cast of characters and a complex story, both of which may leave viewers wondering if the Netflix series is based on a book. The answer is yes. In fact, The Sandman is the adaptation of a DC comic series written by Neil Gaiman. The source material is set in the DC Comics universe, but the Netflix show doesn’t have any relation to Warner Bros. Discovery’s DCEU.

The Sandman comic series consists of 10 main volumes, which contain what originated as weekly chapters. If you’re hoping to read the entire series, here’s what order to pick them up in:

Fans can also find these volumes bound together. As GQ notes, The Absolute Sandman and The Annotated Sandman both condense all ten volumes into four hardcover books, the latter of which contains annotations about the series. Additionally, The Sandman Omnibus binds the entire story together in two huge books.

There have also been a number of spinoffs to The Sandman comics over the years, some written by Neil Gaiman and others not. Those looking to dive into the world of …read more

‘Bullet Train’: Who Lady Gaga Was Supposed to Play and Who Replaced Her

Singer/actress Lady Gaga attends the premiere of “A Star Is Born” at the Shrine Auditorium in Los Angeles, California on September 24, 2018. | Valerie Macon/AFP via Getty Images In an interview with Brad Pitt leads a star-studded cast in the 2022 action-comedy Bullet Train. However, the movie almost counted another major actor among its […]

By MICHELLE L. PRICE NEW YORK (AP) — Michigan Republican Rep. Peter Meijer lost Tuesday to a primary challenger backed by former President Donald Trump as he and two other Republican U.S. House members who voted to impeach Trump fought to hang onto their seats. “A Constitutional Republic like ours requires leaders who are willing […]