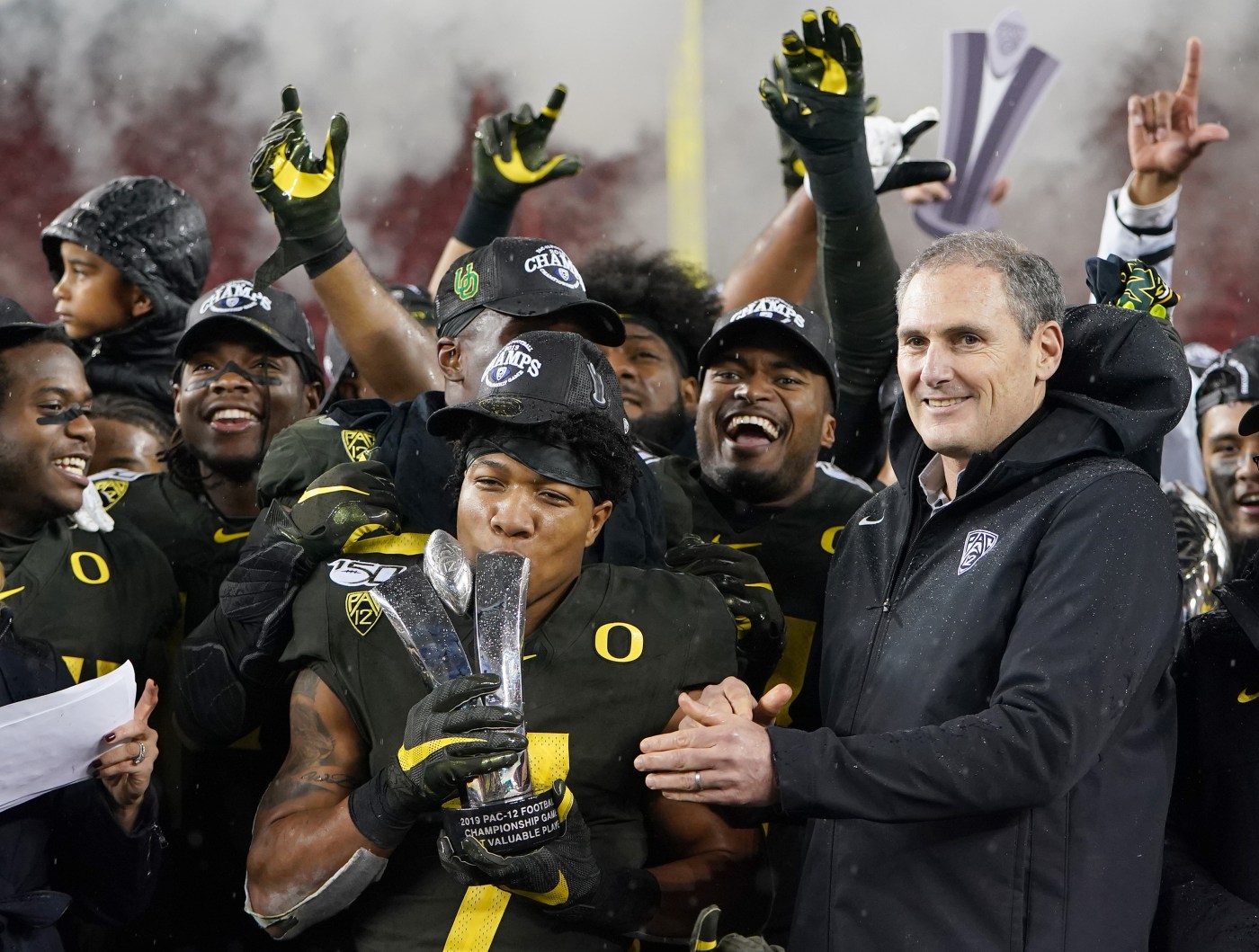 With sports returning on the campuses, the recovery begins in San Francisco.

The Pac-12 office is bringing back 54 of the 79 employees who were notified of furloughs in August, when it appeared there would be no sports competition until early 2021.

The process is unfolding in stages across both the conference and networks divisions.

“I realize furloughing so many teammates and operating without them these last several weeks has been difficult, and we are pleased to be able to welcome them back as we support our athletic departments and Pac-12 student-athletes in returning to play,” commissioner Larry Scott wrote to his staff on Oct. 8. (The full email is below.)

News that the furloughs were ending was first reported by the Oregonian.

Some employees are returning in time for the start of the seven-week football season on Nov. 7, but many are being brought back to focus on basketball, which begins the week of Thanksgiving.

The Pac-12 Networks are expected to broadcast a full load of men’s and women’s games this season — more than 100 for each sport.

In contrast, the Pac-12 Networks won’t show any football games until at least Dec. 19, the day after the conference championship and the last day of the regular season.

(Every game prior to Dec. 19 will be broadcast on ESPN or Fox.)

The format for Week Seven has not been finalized, but there are two options:

— Schedule cross-division matchups based on the final standings. For example, the No. 2 team in the North would play the No. 2 in the South, No. 3 would play No. 3, etc.

— Use the weekend for makeup games if a handful are postponed over the first six weeks.

Regardless of the broadcast schedule for Dec. 19, the Pac-12 Networks are expected to produce a weekly studio show for the linear network and short-form content for the digital platform.

In addition, conference employees who specialize in event management and game operations are needed sooner than later in order to begin preparations for what could be a tricky conference championship on Dec. 18.

The event will be held on campus, not in Las Vegas, and will involve significant operational challenges due to local health guidelines.

“As we are not in a position to bring back all furloughed staff at this time,” Scott wrote on Oct. 8, “we will continue to review our critical business needs, member priorities and the financial outlook, and keep you all updated.

“I have worked with the leadership team and HR to develop this phased return, and managers will be following up today and tomorrow to communicate with currently furloughed staff individually.

“As we are not in a position to bring back all furloughed staff at this time, we will continue to review our critical business needs, member priorities and the financial outlook, and keep you all updated.”

Pac-12 presidents and chancellors voted on Aug. 11 to postpone all competition until early next year.

Two weeks later, facing a massive decline in revenue from the loss of the football season, the conference undertook a major cost-reduction …read more

In mid-September, West Hollywood-based AirFilterStore was having difficulty keeping items in stock. “Every year, during fire season, it becomes a crisis, and we try to anticipate it and keep extra stock,” says owner Adrienne Vincent, who has been in business for 25 years and sells to clients primarily online and by phone. “Without fail, the […]

California’s Employment Development Department is making noticeable progress in attempting to dig out from an avalanche of jobless claims that buried the embattled labor agency amid coronavirus-linked business shutdowns, a state panel learned Wednesday. Despite the progress that appears to have begun roughly 10 days after the EDD instituted a high-tech verification system to accurately […]

Shots were fired in the area of the iconic Paramount studio gate as police pursued a sexual assault suspect onto the Hollywood lot, the Los Angeles Police Department said. The incident began around 10 p.m. Sunday when officers from Fullerton attempted to detain the suspect and he pulled a knife, the LAPD said in Twitter […]