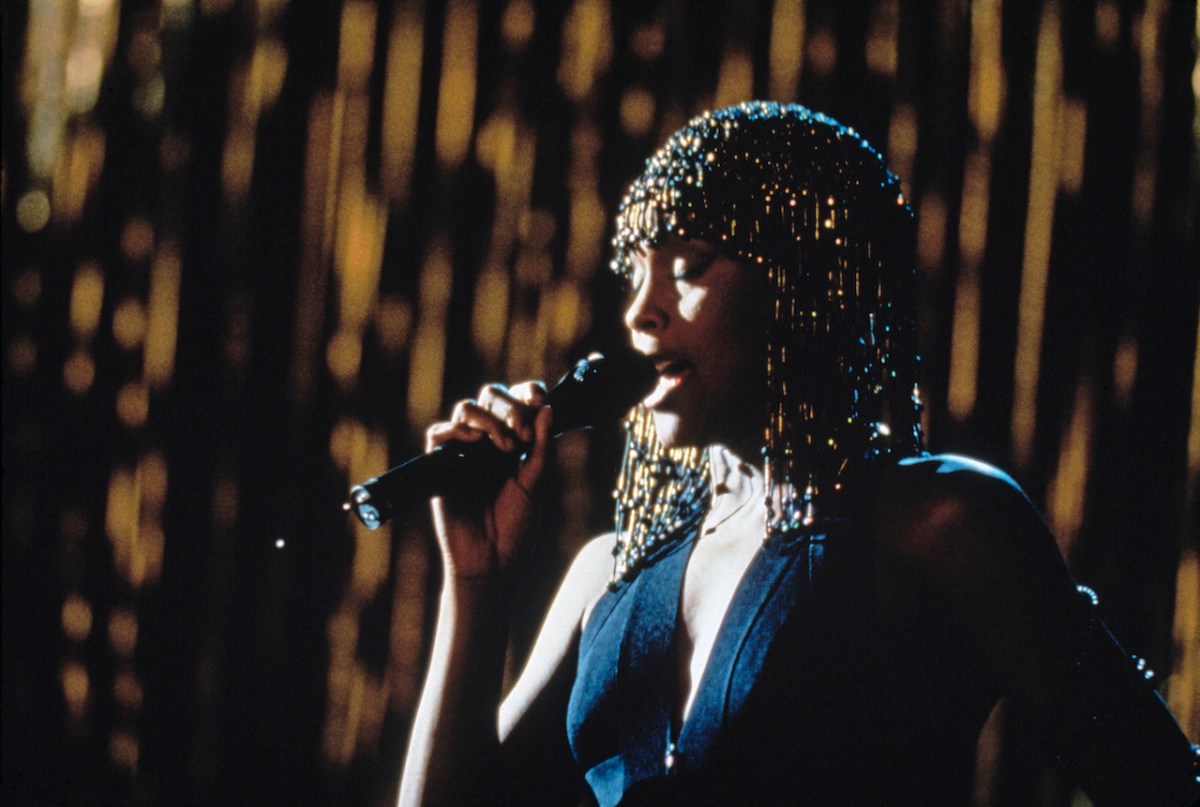 The Bodyguard further solidified Whitney Houston’s already mega-successful career. The singer starred as Rachel Marron – an international superstar with a crazed stalker sending disturbing threats. Her character falls in love with her bodyguard, Frank Farmer (Kevin Costner), by the film’s end. The movie broke box office records and eventually turned into a Broadway musical. A former Pussycat Dolls member will take the stage in Houston’s role.

Thornton will star as Rachel Marron in the upcoming U.K. and Ireland tour of the musical adaptation of the film. The first show will launch at Glasgow King’s Theatre on Jan. 28, 2023. Playbill reports that it’s not Thornton’s first time in the role, having previously starred as Houston’s character during the musical’s six-month tour of China. Thornton was in the chart-topping pop and dance group from 2003-2009 as the second lead singer.

The musical merges music Houston performed in the original film and some of the biggest hits of her career. Fans will be treated to the soundtrack hits, including “I Have Nothing” and “I Will Always Love You,” as well as Houston’s big hits such as “I Wanna Dance With Somebody” and “One Moment In Time.”

Before Thornton, Cox was the first major star to take on the lead role in the musical. She did both the UK tour and the US tour.

Cox is a longtime fan of Houston’s, specifically the soundtrack for the film. “I remember playing it over and over again,” Cox said in 2018 in an interview with the Detroit Free Press while promoting the US tour. “This was around the time when I was seeking my own feel as a performer and as an artist, so all of these songs like ‘I Have Nothing,’ ‘I’m Every Woman’ and ‘I Will Always Love You’ are ingrained in my brain.”

Cox and Houston also had a friendship. The two collaborated on a ballad, “Same Script, Different Cast,” a song about two women in love with the same man. The Canadian-born singer then provided the vocals for Lifetime’s 2015 biopic, Whitney.

The film is coming up on its 30th anniversary

Released in 1992, the movie celebrates its 30th anniversary this November. In honor of the anniversary, fans can re-watch the film in select theaters. Deadline reports there will be a …read more

Jimmy Buffett Won’t ‘Apologize for Being a Good Businessman’ as He Celebrates His $1.5 Billion Margaritaville Empire

Jimmy Buffett at LA’s Escape To Margaritaville | Amanda Edwards/Getty Images Considering he is making it up as he goes, Buffett’s business acumen is even more impressive. The singer not only turned “Margaritaville” into the foundational anthem that led to a store of the same name. His company, Margaritaville Holdings owns more than 30 hotels […]

David, Ariella, Robyn, Kody, Solomon, Breanna, and Aurora Brown, ‘Sister Wives’ | TLC Kody says there is a ‘clique’ with his older children In the second episode of Sister Wives Season 17, Kody describes Meri, Christine, and Janelle’s older children being a “club.” He explains, “The older kids are like this club. You’re either in […]

The NBA has punished Phoenix Suns and Mercury owner Robert Sarver to the tune of a $10 million fine and a one-year suspension from all basketball-related activity as a result of its investigation into Sarver’s workplace conduct. According to the probe — spurred by a November 2021 ESPN report alleging racism and misogyny within the […]