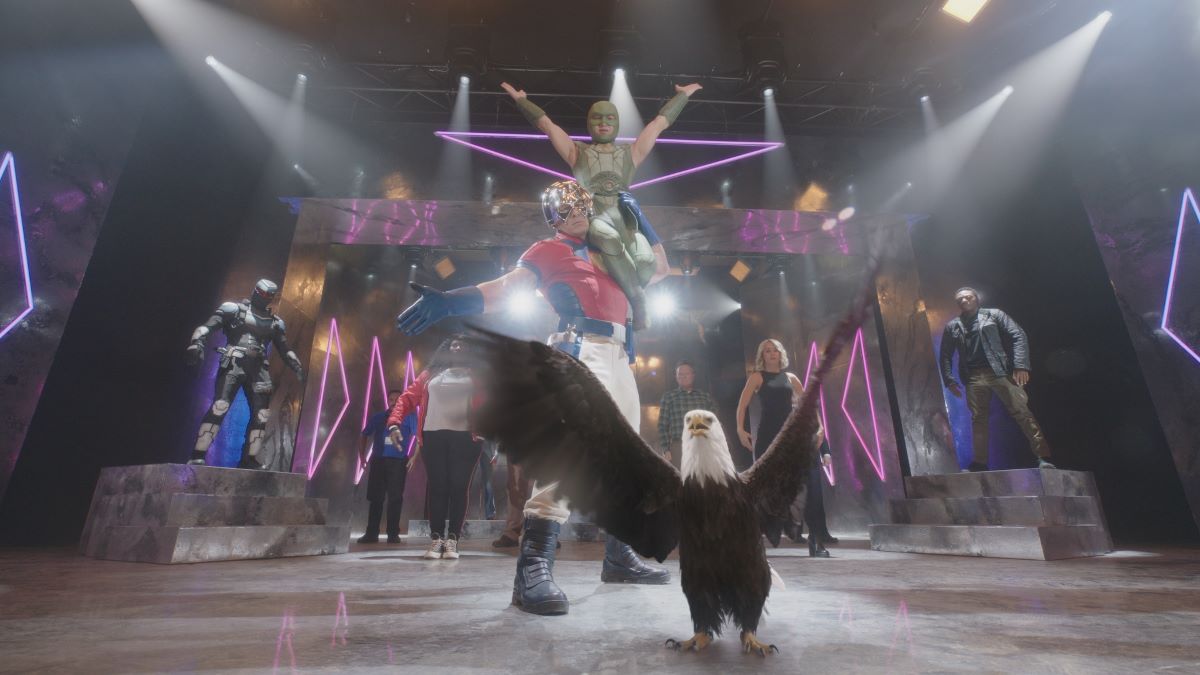 DC films and series have become known for their dark and brooding tones. But Gunn flipped things around with his 2021 release, The Suicide Squad. And now, the filmmaker is pushing his superhero world even further into the light with the spinoff, Peacemaker.

The series, which premiered on Jan. 12, follows

Peacemaker, HBO Max’s new DC superhero series, features a hilarious dance sequence at the beginning of each episode. And according to writer and director James Gunn, the ridiculous number was added to the intro so viewers would get something fun to watch during opening credits.

The ‘Peacemaker’ show is a spinoff of ‘The Suicide Squad’

DC films and series have become known for their dark and brooding tones. But Gunn flipped things around with his 2021 release, The Suicide Squad. And now, the filmmaker is pushing his superhero world even further into the light with the spinoff, Peacemaker.

Most DC and Marvel series’ intros feature ramped-up music, teasing the epic action to come. But Gunn wanted to do things differently with Peacemaker. So he added a charming sequence, in which the cast does a TikTok-like dance to Wig Wam’s “Do Ya Wanna Taste It.” And along with giving viewers a good laugh, the director admitted it’s his way of trying to “vanquish the skip forward button” during the credits.

“I really wanted to do a dance number where everybody was doing something incredibly ridiculous and looked incredibly serious while they were doing it,” Gunn told Polygon. “I thought it was something that would, you know, be a signpost for people that this isn’t just your normal DC or Marvel TV show.”

dance is an underrated tool for a superhero pic.twitter.com/BQSAeRbTjm

Cena is center stage in the intro and perfectly pulls off his hokey moves. But he told the outlet that dancing isn’t his strong suit. “I don’t dance,” Cena revealed. “It’s something I’m not very comfortable with.”

Luckily, the rest of the cast supported Cena through the number. And series star Chukwudi Iwuji noted that everyone had a great time filming it.

“I say that was truly one of the most joyous days of filming I can remember,” the actor said. “Purely joy, just gleeful, crazy joy. I feel like my wife might leave me soon if I don’t stop singing that in the shower. She might just say enough is enough.”

Peacemaker released on HBO Max on Thursday, Jan. 13. The series dropped its first three episodes — “A Whole New Whirled,” “Best Friends, For Never,” and “Better Goff Dead” — for the premiere. And it will continue to air new episodes every Thursday on HBO Max.

SANTA CRUZ — The County of Santa Cruz Health Services Agency issued a message to its community on Wednesday afternoon: Unless the symptoms of your illness are severe, please don’t visit a local hospital. County health officials made a formal request that those with asymptomatic or mild symptoms of the coronavirus or a non-serious illness, […]

The Monkees’ Micky Dolenz | Michael Putland/Getty Images What The Monkees’ Davy Jones wrote about Micky Dolenz in his autobiography In his book They Made a Monkee Out of Me, Jones discussed The Monkees’ sitcom at length. Jones was initially dissatisfied with the casting of Dolenz, The Monkees had a reputation for disliking each other. […]