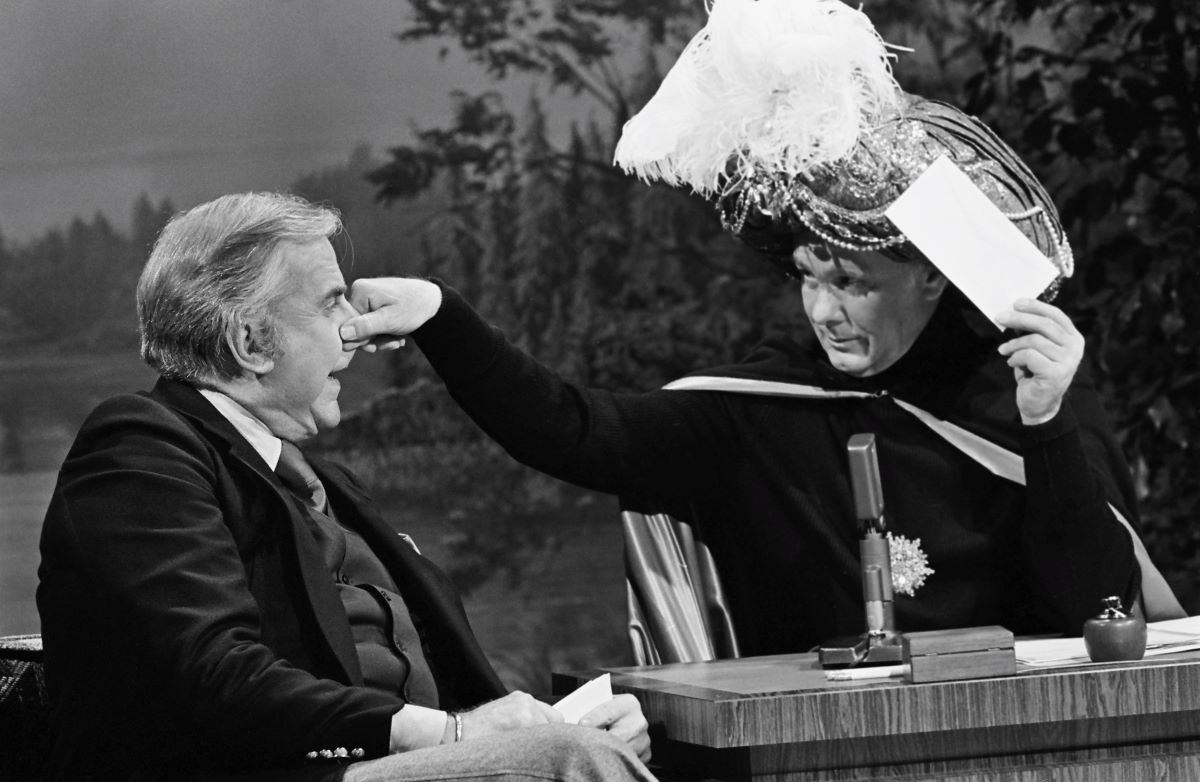 As Johnny Carson’s co-host, Ed McMahon spent 30 years by the late-night television icon’s side on The Tonight Show, introducing him thousands of times with his signature line, “Heeeere’s Johnny!”

But as McMahon recalled, he had to learn when — and when not — to share his jokes. That meant finding out the hard way at least one time. How did Carson react when McMahon ended up “wrecking his gag”?

McMahon wrote about his time on The Tonight Show in a book called Here’s Johnny. He said he was experienced enough when he began working with Carson to stay in his lane as co-host. However, there was one time McMahon remembered getting in Carson’s comedic way.

“Although selective zingers from me did work, I always knew my place on the show, especially after one painful moment in our New York days,” he wrote. He said Carson was demonstrating an anti-mosquito spray and said, “I hear that mosquitoes go only for really passionate people.”

McMahon wrote that his response to the set-up was almost reflexive and he exclaimed, “There’s another one!” Then, he slapped his wrist. As it turned out, Carson was setting the joke up for himself, and McMahon ended up “wrecking Johnny’s gag.”

According to McMahon, he apologized during the next commercial break. “That’s okay, Ed,” he recalled Carson replying. “You’ll be able to do that all you want in your new job at Bayonne Chevrolet.”

That was a joke, of course, and McMahon stayed with Carson throughout his time as host of The Tonight Show. But he said he learned, “I had to pretend laughing was my whole job.”

In Here’s Johnny, McMahon wrote that he had to be careful about when to share his humor on The Tonight Show. “Most of the time on the show, I knew when to talk and when to keep quiet, even though it was often hard to keep my mouth shut,” he said. Apparently, it wasn’t always easy playing co-host to such a charismatic host as Carson.

“Being [Carson’s] sidekick was a challenging role,” McMahon wrote. Since he’d already had his own shows by then, there were times when he said he had to “stop [himself] from responding to something [Carson] said.”

“I had to help him but never get in his way,” he shared, “to be in there when I was needed but step back when I wasn’t, without ever looking as though I was doing anything.”

McMahon recalled being told by a teenage fan that he could have been replaced by a laugh track. “I guess I’m lucky,” he said he replied, “that a laugh track can’t sell Alpo.”

According to McMahon, his friendship with the sometimes provocative host lasted 46 years. “The last time I saw [Carson] about a year before he died, he looked like …read more

3 keys to a Giants win over the Eagles

1. STOP THE RUN The Eagles’ running game has been dominant since coach Nick Sirianni committed to it. They’ve gained 236, 176, 216 and 242 rush yards in their last four games, respectively, winning all three games with 200+ rush yards. The Giants rank 23rd in the NFL allowing 119.7 rush yards on average, including […]

Saratoga community briefs for the week of Dec. 3

Housing meeting The Saratoga Planning Commission is holding a virtual community meeting on Dec. 7 at 6 p.m. to get public input on the Housing Element Update, which guides the city in meeting state requirements for new housing. Community members are invited to share their ideas about opportunity sites and housing policies. The  link to […]