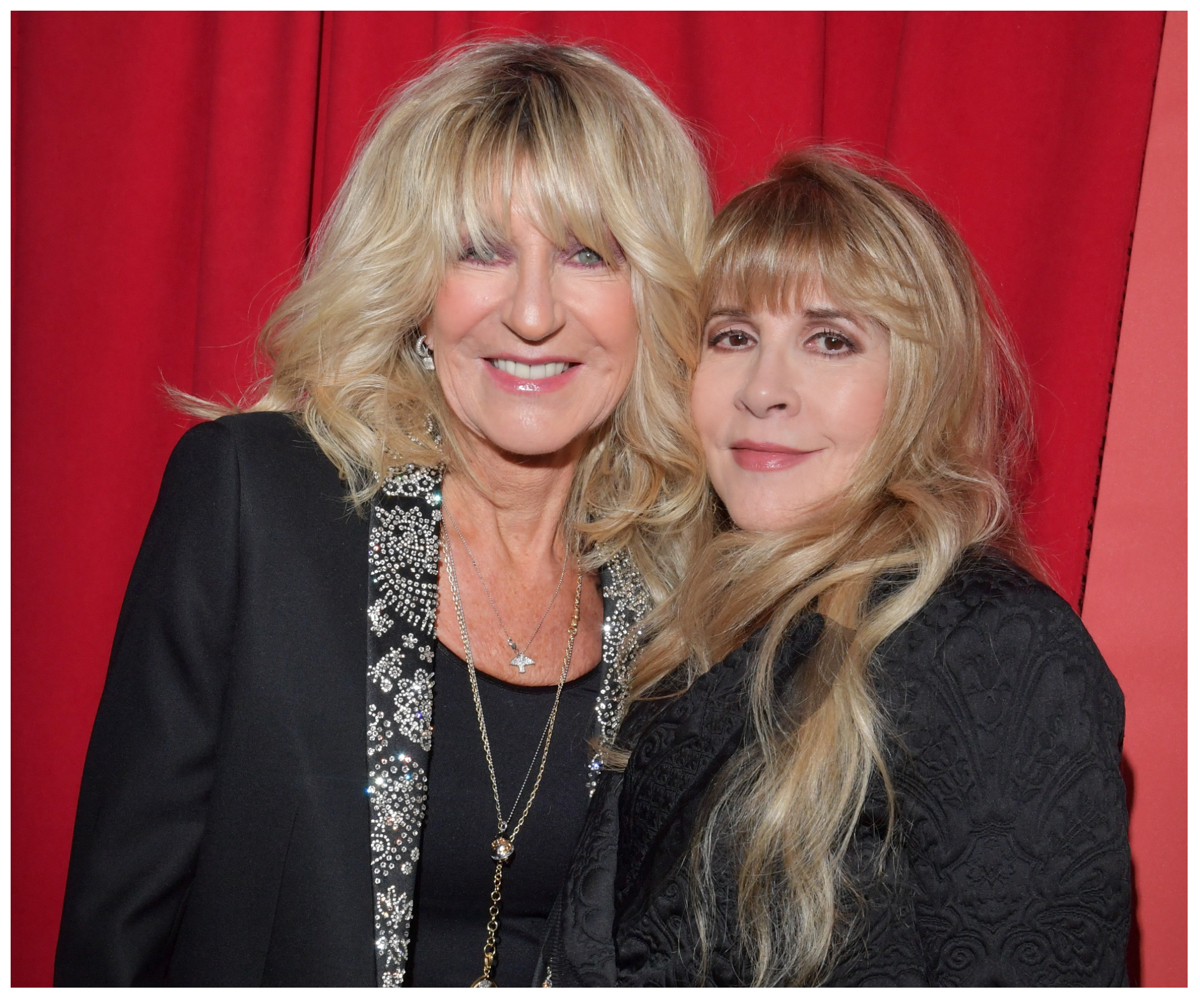 Christine McVie left Fleetwood Mac in 1998, shortly after the band was inducted into the Rock & Roll Hall of Fame. The singer, songwriter, and keyboardist did not return to the group for 15 years.

McVie has been candid about why she dropped out of the band, citing her flying phobia and panic attacks as the main reasons. “I did have a phobia about flying. And I had the phobia when I left Fleetwood Mac,” she told CBS News (via Express). “It was a multiple of different reasons that led me to leave.”

But after some time in the country, working with a therapist, and a little help from her former bandmate, drummer Mick Fleetwood, McVie overcame her fear of flying and rejoined the group.

In January 2015, McVie told the New Yorker about the sweet gift Stevie Nicks gave her to celebrate her return to Fleetwood Mac. The present was a silver chain link bracelet with a diamond feather.

“Stevie gave me this chain,” McVie reportedly said while toying with the trinket on her wrist. “It used to have a diamond feather on it. It’s a metaphor, you know. That the chain of the band will never be broken. Not by me, anyways. Not again by me.”

“We made a pact that we would never accept being treated as second-class citizens in the music business. That when we walked into a room none of the uber-rockstar group of men would look through us. And they never did.”
Christine McVie and Stevie Nicks, Fleetwood Mac pic.twitter.com/JVoRX0tt6v

Stevie Nicks’ gift to Christine McVie illustrates one of Fleetwood Mac’s biggest hits from their 1977 album Rumours. Stevie Nicks wrote the lyrics to “The Chain” about her relationship with Lindsey Buckingham as it was falling apart, according to Songfacts.

It is the only Fleetwood Mac song credited to all five members of the band’s 1977 lineup. Although it was originally about the romance between Nicks and Buckingham, over time it came to represent the resilience of the band and the strength of their bond.

They all worked through personal and professional difficulties to keep the band together for many years. “The Chain” was often the opening song Fleetwood Mac performed in concerts.

Christine McVie and Stevie Nicks exchanged other meaningful gifts over the years. In fact, Nicks once revealed that one of her most prized …read more

Dear Abby: We got matching tattoos but it doesn’t feel like she’s my friend

DEAR ABBY: I have a best friend of 15 years. (We even got matching tattoos.) However, I feel like I’m always put on the back burner. I’m easygoing, so maybe she feels she doesn’t need to be a good friend in return? I understand we all have busy lives, but there are 24 hours in […]

The older brother of former NFL star Aqib Talib turned himself in on Monday after being named the suspect in a Dallas-area fatal shooting over the weekend, police said. Yaqub Salik Talib, 39, turned himself in to the Dallas County Jail after a first-degree felony murder warrant was issued on Sunday, the Lancaster Police Department […]

PALO ALTO — A woman walking in a residential neighborhood near Palo Alto High School was suddenly attacked Sunday morning by a man who tore off her necklace, shoved her to the ground and ran off with her cellphone, police said. Nearly two hours after the robbery at 11:38 a.m. on the 300 block of […]