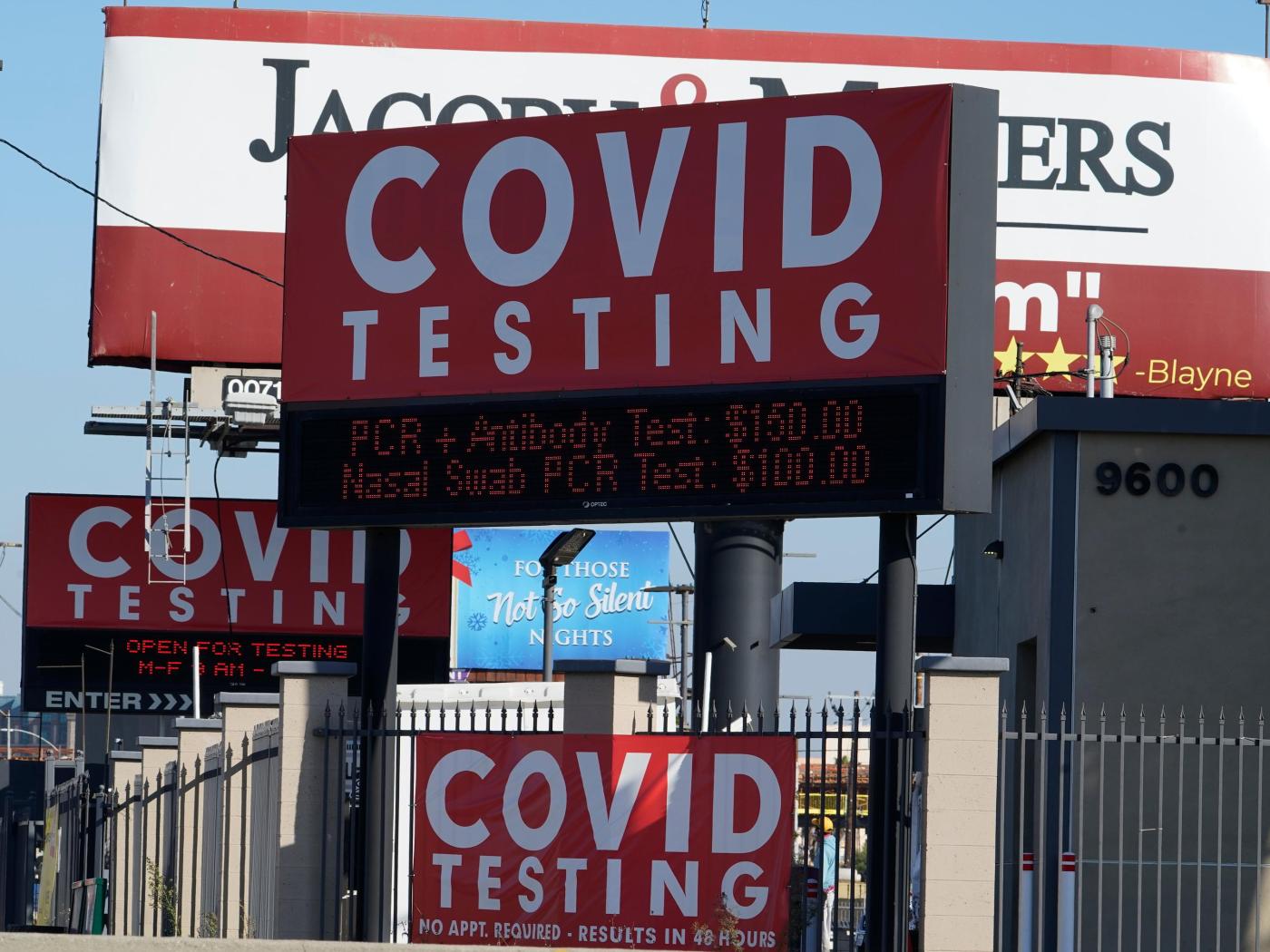 CARSON CITY, Nev. — Nevada has reported a record number of new confirmed cases of the coronavirus for the second day in a row amid warnings from Gov. Steve Sisolak that the state is at a “critical juncture.”

Sisolak implored residents to stay home and do what they can to protect themselves a day after he announced he had tested positive for COVID-19. Sisolak told reporters on Friday that he wasn’t feeling any symptoms and would enter a quarantine.

Sisolak warned Nevadans earlier in the week that if the state fails to slow the spread of the virus within two weeks, he will be forced to reimplement stricter measures.

— Biden faces tough choice of whether to back virus lockdowns

— Experience in treating COVID-19 patients is proving invaluable at the hospital in Paris that recorded the epidemic’s first death in Europe. Critical care doctors have learned not to put patients on ventilators if possible and to keep them awake and bathed in oxygen with face masks.

NEW YORK — Students, parents and teachers are continuing to anxiously watch New York City’s coronavirus test results. The latest figures Saturday fell under the city’s threshold for shutting down school buildings, but the mayor warned that the city was at a “crucial” point in fighting the virus’ resurgence.

Mayor Bill de Blasio cautioned parents and teachers Friday to plan for a potential school shutdown as soon as Monday, saying the city could cross its deciding line — 3% of coronavirus tests citywide coming back positive over a seven-day period — over the weekend.

“But that could change,” the Democratic mayor tweeted, warning that the city was facing “a critical weekend” in combating the pandemic.

New York City has the United States’ largest public school system, with more than 1 million students. It became one of few big cities to reopen classrooms this fall after the pandemic forced schools online in the spring, though families had the option of continuing all-remote learning this fall.

About 280,000 students have attended in person, far fewer than the city originally expected.

ATHENS, Greece — Deaths from the coronavirus have topped 1,000 in Greece, and authorities say that over half occurred since Oct. 18.

The Greek government has decided to shut down elementary schools, kindergartens and day care centers for two weeks starting Monday. Children will be schooled at home, as is already happening with high school and university students.

Authorities have stepped up controls and enforcement of a 9 p.m. – 5 a.m. curfew, including by making arrests.

SAN MATEO – A DUI rollover crash ended in two arrests in San Mateo on Sunday night, police said. The crash was reported at 2nd Avenue and South Amphlett Boulevard about 10:40 p.m., the San Mateo Police Department said in a news release. Minutes later, officers found the occupants of the vehicle and stopped one […]

As the pandemic has cleared the calendar this year for new movies, TV, and Broadway shows, book publishing has encountered a problem of a different sort: oversaturation. Books that had been delayed to the fall in knee-jerk reactions to spring shutdowns are now jostling against the season’s big releases. The bottleneck has even extended to […]

Stephen Curry was crushed to hear of Klay Thompson’s injury: “A lot of tears”

Golden State Warriors guard Stephen Curry was devastated to hear that teammate Klay Thompson had torn his right Achilles tendon in a workout Nov. 18 in Southern California and would miss the entire 2020-2021 season. Curry told The Undefeated on Monday that he heard the news of Thompson’s injury on a conference call with general […]